I think you’ll agree, it’s 4 minutes and 59 seconds of awesome:

On Friday’s here, we’re highlighting resistance to racism. How do you tell someone they sound racist? In this short video (2:59) from 2008 Jay Smooth breaks it down:

This video has almost 1 million views since it first appeared, so maybe he’s on to something. What do you think?

This is a short video (5:27) I created, explaining how racism operates in the digital era.  The danger may not be what you think it is. 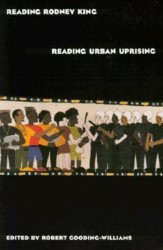 This short (2:02) video is what Raven Brooks at Netroots Nation calls a “meme done right.” To me, it’s a quirky, fun exploration of what white privilege looks and sounds like, created by Franchecsa Ramsey (@chescaleigh), a NYC-based comedian and video blogger. Enjoy!

The 2010 midterm elections have distinguished themselves for the torrent of racist ads produced by political candidates and their campaign staff. In order to counter this, the Cuéntame the ¡Latino Instigators! are highlighting this ad as the ‘most racist’ ad for 2010:

Cuéntame has done some expert work around combatting racism in the media. They were part of the effort to remove Lou Dobbs from CNN for his immigrant-bashing rhetoric. And, in April of this year, launched the “Do I look illegal campaign?” in protest against Arizona’s anti-immigration law. If you’d like to support the work of Cuéntame , you can connect with them on Facebook.

Many times, those who defend the anti-immigrant movement do so by denying any connection to racism. This short (6:48) video from The Center for New Community explores the connections between anti-immigrant bigotry, immigration, and African Americans in the United States:

This video (h/t @NativismWatch) makes a connection between contemporary anti-immigration bigotry particularly against Mexicans and Mexican Americans, which seems to be growing, and historical, institutional racism against African Americans.

Some people at the Lexington, Kentucky July 4th Festival yesterday were selling t-shirts with a giant “Yup, I’m a Racist” logo across the front (h/t: ChrisBoese via Twitter). Reporter Greg Skilling of the Louisville Examiner, headed over there with a video camera to investigate (video is 7:44):

There’s not much to say here except that this is yet another installment in the ongoing series “White People, Behaving Badly.” And, of course, to point out the obvious, we’re so not post-racial. I fear that H.L. Mencken was right when he said, “Nobody ever went broke underestimating the taste of the American public.”

Back in December, I noted the new documentary “William Kunstler: Disturbing the Universe.” about the famous (or, infamous) civil rights lawyer.  Now, the film is airing on PBS in most areas of the U.S. on Tuesday (6/22/10).  I’m glad to see this film getting a wider audience through its distribution on PBS because I think that it’s a good introduction to thinking about race and institutional racism more critically.

Woven into the narrative about Kunstler’s life and transformation into a civil rights rabblerouser, the film tells a number of other stories.   The film provides a compelling history of the uprising at Attica, where Kunstler negotiated on behalf of the (predominantly black) prisoners.  And, the film also chronicles Kunstler’s involvement in the seige at Wounded Knee where he served as a negotiator for Native Americans in AIM who were staging a protest there, demanding that the U.S. Government honor centuries of broken treaties.   Kunstler was able to help avoid a massacre there and successfully defended Russell Banks and Dennis Banks, two of the leaders of the protest, at their subsequent trial in federal court.   Later, Kunstler defends Yusef Salaam, one of the so-called “Central Park Joggers,” who was exonerated, after being incarcerated for many years.

The filmmakers are Kunstler’s two daughters – Sarah Kunstler and Emily Kunstler – and they do a good job of providing a thoughtful portrait of their father as a passionate but flawed man.  Their film also offers a much needed reminder of what it looks like to do battle against institutionalized racism.

To find the film on your tv-machine, check your local PBS listing and set the DVR.