Tomorrow marks the fiftieth anniversary of the March on Washington for Jobs and Freedom. On Saturday, thousands marched on Washington to commemorate the anniversary. I’ll be attending the events in D.C. For me, one of the most important dreams to shine a light on is the one to end mass incarceration, what some have referred to as the “new Jim Crow.” This short video (11:52 – h/t Julie Netherland) explains more about the problem of mass incarceration and what one man in Dothan, Alabama is doing to address it:

On this eve of Dr. Martin Luther King, Jr.’s birthday, Democracy Now! hosted a discussion with Randall Robinson and author Michelle Alexander about the mass incarceration of African Americans that has rolled back many achievements of the civil rights movement. The video is long (58:56) but worth watching;

Matthew Pillischer has just completed a new documentary about race and criminal justice in that is worth checking out. Here’s a trailer for the film (6:58):

The film includes an interview with Michelle Alexander, author of The New Jim Crow, which we’ve written about here before. While most third year law students are busy studying for the bar exam, Matthew Pillischer found time to produce and direct a documentary film about this important social justice issue. I don’t know how he did that, but I’m glad he did as his film promises to bring this important issue to a much wider audience.

The New York Times is reporting that retired Supreme Court Justice Stevens has written an essay that offers a devastating critique of the death penalty as “shot through with racism.”  In a detailed, candid and critical essay to be published soon in The New York Review of Books, Stevens wrote that personnel changes on the court, coupled with “regrettable judicial activism,” had created a system of capital punishment that is “shot through with racism, skewed toward conviction, infected with politics and tinged with hysteria.”  While other justices (e.g. O’Connor and Souter) have offered some commentary since retiring, their rather abstract discussions of legal issues is, apparently, nothing like the blow-by-blow critique in Justice Stevens’ death penalty essay, which will be published in The New York Review’s Dec. 23 issue and will be available on its Web site on Sunday evening.

In 2008, two years before he announced his retirement, Justice Stevens reversed course and in a concurrence said that he now believed the death penalty to be unconstitutional.  But the reason for that change of heart, after more than three decades on the court and some 1,100 executions, has in many ways remained a mystery, and now Justice Stevens has provided an explanation.  He will also be on “60 Minutes” on Sunday night.

The essay is actually a review of the book Peculiar Institution: America’s Death Penalty in an Age of Abolition, by David Garland, a professor of law and sociology at New York University. The book compares American and European approaches to the death penalty, and in the essay Stevens appears to accept its major conclusions.  Garland attributes American enthusiasm for capital punishment to politics and a cultural fascination with violence and death.  According to the New York Times article, Stevens notes that the problems with the administration of capital punishment extend beyond the courthouse and into the voting booth.  Referring to the “race-based prosecutorial decisions” allowed by the 1987 McCleskey v. Kemp, ruling that even solid statistical evidence of racial disparities in the administration of the death penalty did not violate the Constitution, Stevens wrote:

“That the murder of black victims is treated as less culpable than the murder of white victims provides a haunting reminder of once-prevalent Southern lynchings.”

This bold move by a retired Supreme Court Justice is good news for those concerned with the injustice of capital punishment. 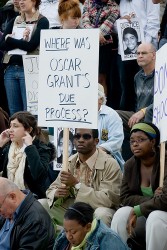