Graffiti was discovered warning that on Feb. 2, 2010, the safety of black students here on campus at Hocking College would be in jeopardy

Let’s just be clear: Dismissing racial violence (expressed in words or in action) as just “kids being kids” sends a dangerous and clear message of who is protected and, hence, valued at the university, and who is not.

The news coverage (such as here ) reveals striking differences in responses from white students, who thought it was overblown and just a joke, compared to responses from African American students, who reported concern for their safety. In Two-Faced Racism: Whites in the Backstage and Frontstage (Routledge, 2007), Joe Feagin and I discuss the frequency of backstage racist joking among white college students who often dismissed it as “no big deal” as long as they didn’t get caught.

For these students in our research, racist joking was just part of the fun: There were no negative repercussions, and no connections to the larger racial hierarchy. A hostile racial climate could absolutely account for the ambivalent reaction by some white students at Hocking College.

The threats at Hocking College are absolutely a way of instilling fear. Whether or not the threats are carried out, it has already achieved the consequences desired by the person(s) who wrote the threat. The African American students likely did not withdraw simply due to fear of this isolated event, but we can speculate about a hostile racial climate on this campus, and sadly, on many college campuses across the country.American

“What are you doing with that white woman?” was the racist question hurled at Jeffrey Wellmaker, an African American man out walking in Phoenix, Arizona with his girlfriend, described only as a”39-year-old white female.”  After two unidentified assailants asked this, they pursued Wellmaker and his girlfriend, then shot them both.  Wellmaker survived the shooting.  His girlfriend did not.

While this may sound like something out of the 19th century south, this is present day, in a large city, in the sunbelt of the southwestern U.S.    As one researcher suggests: “ Although interracial (hetero)sexual relations are no longer illegal, and the number of visible, consensual interracial partnerships has increased, there still remains a discourse against these social arrangements circulating in the United States that continues to bear the traces of the history of antimiscegenation.”

“Antimiscegenation” is rooted in several equally incorrect beliefs: 1) that race is some inherent, biological quality; 2) that race, specifically the white race, can in some way be “pure,” and 3) that “mixing” races, that is by people of different racial or ethnic backgrounds having sexual contact will result in a diminishing of the “purity” and good qualities associated with whiteness.

This is complete balderdash not supported by any kind of research. In fact, if you’d like to read some good research on the origins and meanings of the development of antimiscegenation laws, I recommend Elise Virginia Lemire’s “Miscegenation” : making race in America (University of Pennsylvania Press, 2002) as a good starting point.  As Lemire notes, discussion of “miscegenation” as a threat emerged in the years between the Revolution and the Civil War, as the question of black political rights was debated.  As the debate over whether or not blacks were, in fact, human beings deserving of human rights grew more vociferous, descriptions and pictorial representations of whites coupling with blacks proliferated primarily in the North. Novelists, short-story writers, poets, journalists, and political cartoonists imagined that political equality would be followed by widespread interracial sex and marriage, and with it, the supposed decline of the white race.

Yet, some people (@CaptainChaos in the comments thread here) and the gunman in the assault in Arizona, continue to believe this sort of thing.  And, unfortunately, a woman has lost her life because of it. 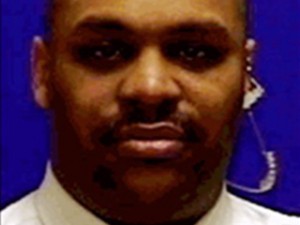 At the end of July, 2008 in a small town in Pennsylvania, two drunken white boys (ages 16 and 17) attacked Luis Ramirez, a 25-year-old Mexican immigrant, striking him repeatedly with their fists then kicking him in the head once he lay on the ground. According to one report, by the time help arrived, Ramirez lay convulsing in the middle of the street, foam running from his mouth. As they ran away from beating and kicking this man to death, witnesses heard the one of the white boys say to a woman who was with Ramirez: ” ‘You effin bitch, tell your effin Mexican friends get the eff out of Shenandoah or you’re gonna be laying effin next to him.’ ” These facts are not in dispute.

And yet, the two white boys – who were charged as adults with homicide and racial intimidation – were acquitted yesterday. Here’s a short report from CNN (3:21) about the verdict:

One of the experts in this clip, Avery Friedman, contends that this is a pretty clear-cut case of jury nullification. In other words, the all-white jury in this case effectively nullified the law by acquitting these two white thugs. This kind of result: white justice by all-white juries, is a common feature of American justice, although it is most often associated with the South during the Civil Rights struggle. For example, in the Emmet Till case, an all-white jury refused toconvict (typo corrected – thanks for catching that Alston!) the Klan members who had all but confessed to kidnapping and murdering Till. In the recent Pennsylvania case, the all-white jury failed to convict two white men in the murder of a Mexican immigrant. As Friedman says, “the only reason he is dead is because he was Mexican.” The murder of Emmet Till fifty years ago, and the white justice handed out by an all-white jury, proved to be a catalyst for a social movement for racial equality. I can only hope that Ramirez’s death sparks another such movement.

Thanks to Victor Ray for his comment about this case.