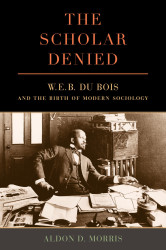 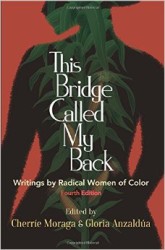 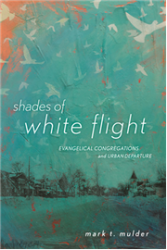 Here is our latest update on some of the recent scholarly publications the sociology of race and racism. A couple of this research (e.g., Chaudry, Velasquez) could also be categorized as digital sociology, but more about that in a future post.

As always, I’ve noted which pieces are freely available on the web, or “open access” with (OA), and those behind a paywall with (locked). Why do I do this? Some people have begun to question the morality of publishing scholarly work behind paywalls with publishers that ‘make Murdoch look like a socialist.’  I think that’s a discussion we should be having as academics. For those unpersuaded by moral arguments, the purely self-interested academic should note they carry a cost in forgotten, rarely cited work.  Increasingly, open access publications get more widely cited than those locked behind paywalls.

Onward, to the latest research about race and racism.

If you’d like to see your research appear in an upcoming brief, don’t be shy, drop your shameless self-promotion in the contact form.

For today’s research brief, I’ve pulled together some sources on intersectionality. The acceptance speech by Patricia Arquette at last night’s Academy Awards show has a lot of people talking about the importance of understanding intersectionality, but as Akiba Solomon at Colorlines reminds us, not everyone understands what intersectionality means. So, if you’re unclear about what it means, here are a few items to add to your reading list. As always in these research briefs, I note whether articles are behind a paywall (locked), or freely available on the open web (OA).

Here is your weekly research brief with some of the latest research in the field of race and racism. Given the recent attention on police brutality as a form of racism, and the call among many activists for body cameras (or, OOVCs -“on officer video cameras”), I thought I would take use today’s research brief to share some of the relevant research. One special note about this research brief: below I include a report from “The Police Foundation” that strongly supports the use of OOVCs. This report has been reported on by the Guardian and the New York Times, but beyond that, I cannot vouch for it since I do not know who or what is beyond the foundation publishing it and it hasn’t been subjected to the usual peer review. That said, I thought people might be interested in reading the actual report since it is getting a good deal of attention.

As always, I note which pieces are freely available on the web, or “open access” with (OA), and those behind a paywall with (locked).

Happy reading! Let me know if you’d like your publication to appear in an upcoming Research Brief by using the ‘contact’ form.

Here is our latest update on some of the new titles from the research on race and racism. As always, I note which pieces are freely available on the web, or“open access” with (OA), and those behind a paywall with (locked).

Happy reading! Want to see your research appear in an upcoming brief? Don’t be shy, drop your shameless self-promotion in the contact form.

Hashtag Feminism started by Tara L. Conley (Teachers College, Columbia University) invites contributions that provide insightful perspectives on the recent events transpiring in Ferguson, Missouri. Specifically, we are looking for perspectives that account for the ways social media, namely Twitter has played a role in igniting activism in Ferguson and across the country.

Topics may include (but are not limited to):

~ This is re-blogged from here.

Here is a recap of some of the latest research on race and racism. As always, I note which pieces are freely available on the web, or “open access” with (OA), and those behind a paywall with (locked).

Happy reading! Do you have some research you’d like to see in one of our upcoming Research Briefs? Let us hear from you in via the contact form. As always, bonus points for sharing open access readings.

If you have research related to race and racism, let us know and we’ll include it in an upcoming ‘Research Brief.’