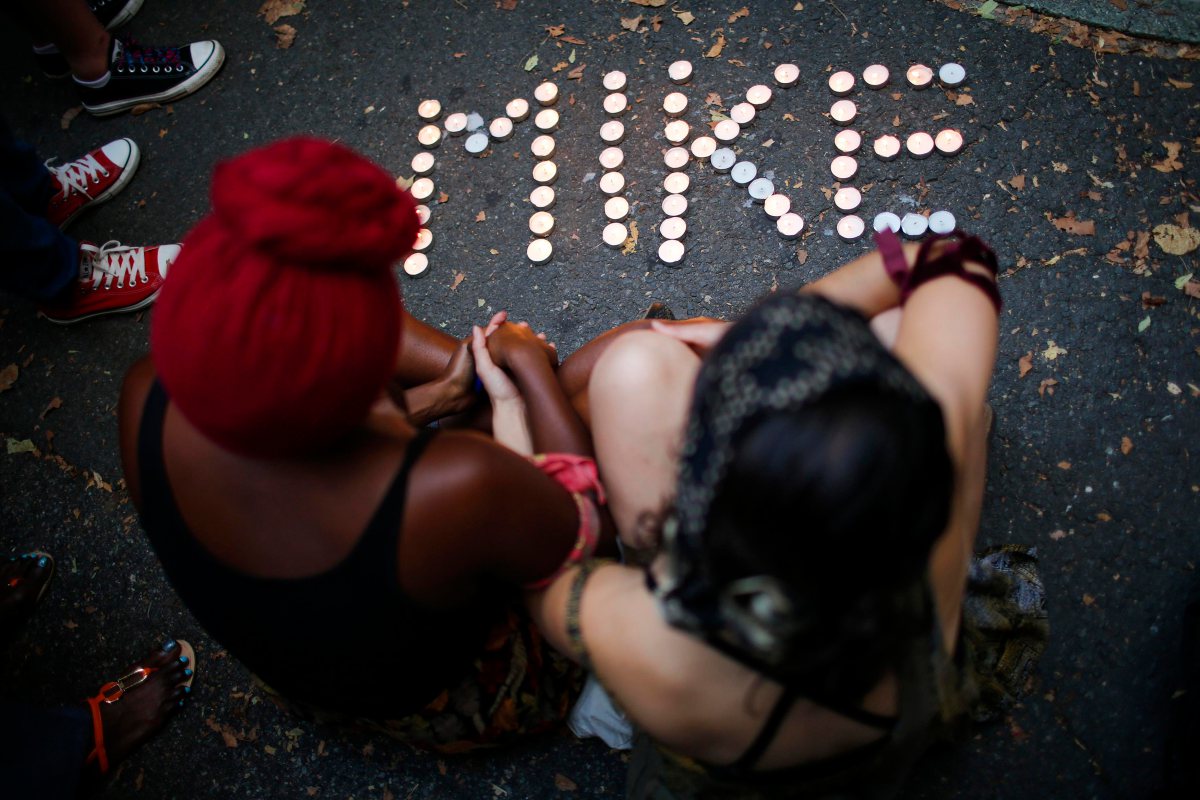 Yesterday morning after the Ferguson Grand Jury announcement that it would not indict officer Darren Wilson I woke up in a panic thinking the world was ending. I lay in bed buried in emotions and listened for sounds of the impending apocalypse outside my window. But it was quiet. At least, quiet where I live in an urban suburb of Seattle. To me this silence sat in jarring, atrocious contradiction to events of the night before and to the ongoing protests, outrage, and violence still happening all over the nation.

And I started thinking about disconnect. About how the racist system discourages human bonds because when we can’t empathize with each other, it makes it easier to keep us divided and the dominant hierarchy intact. It also makes it much, much harder to see the big picture: the systemic, pervasive nature of white-generated racism and its deep roots. We are pushed to be ahistorical and individualistic. If you scour the Internet right now, you can easily find boatloads of “I” pieces, posts, tweets, rants, etc. But how easy is it to find something that connects the dots across time and geography, and stirs within us some sort of visceral, heartfelt understanding that builds communal resistance?

I decided to launch a ten hour Twitter campaign during which I protest-tweeted every 15 minutes the face, name and age of an unarmed Black life taken by police or security since 1998, and it got some attention.

The method I used for this form of hashtag activism is worth mentioning for what it reveals about racism and visual narratives circulated through mainstream media and social media. I included place of death with the header ‘Unarmed. Shot. Killed’ under the hashtags #FergusonDecision #BlackLivesMatter. I used the same template for each tweet to show the continuous, connected and systemic nature of this violence. I also worked to use images of the victims that ran counter to stereotypical imaging of Black people – portrayed them as happy, educated, employed, family members, parents, human beings – to encourage not only person-to-person ties, but personal investment. What I discovered in locating these images was not very surprising. ‘Angry’ photos were used by social and new media far more frequently even though alternatives were available and if alternatives were used, signals of humanity were often cropped out rendering them more like mugshots.

Of the 40 Black lives I profiled, 65 percent were Black men under the age of thirty. Many were parents. More than we’d like to realize, were children. These profiles have gotten hundreds of retweets on Twitter so far and not nearly as many trolls as I would have thought. I have culled them together into a Storify slideshow below that frankly, really speaks for itself (scroll over the images to see text).

I hope you will join me in connecting with and sharing these stories, reflecting upon the profound unnecessary loss of life, and considering how far we still have to go in undoing racial inequity. In solidarity.

On November 19, after a long delay, President Obama issued an Executive Action on Immigration Reform that contained three stipulations. First, more resources will be given to law enforcement personnel charged with stopping unauthorized border crossings. Second, the President will make it easier and faster for high-skilled immigrants, graduates, and entrepreneurs to stay. Third, the President announced steps “to deal responsibly with the millions of undocumented immigrants who already live in our country.”

The first provision will please opponents of unauthorized immigration and the second will be supported by business interests. They are not likely to give rise to controversy. The third provision, however, has already caused a furor among conservative Republicans. For example, Texas Republican Senator Ted Cruz asserted that Obama’s “actions are . . . unconstitutional and in defiance of the American people who said they did not want amnesty in the 2014 elections .” House Speaker Boehner, brimming with vitriol, stated that “President Obama has cemented his legacy of lawlessness and squandered what little credibility he had left .”

Once again, white-oriented Republican leaders reached in their demagoguery tool kit and grabbed their standard response to all things Obama: Obama is dishonest, the problem is his fault, and the American people are on their side. Of course, they won’t do anything to fix it.

Many individuals sympathetic to the undocumented‘s difficulties are in a festive mood. But there is a factor to consider before we can truly celebrate: we need to see President Obama follow through. Angelo Falcón, President t of the National Institute for Latino Policy, puts it as follows:

We are . . . concerned that the President will not fully exercise his power of executive action to impact on all those who should be eligible for legalization, and expect that they will be shortchanged in terms of what should be basic human rights benefits such as health insurance. President Obama’s record also demonstrates that his public pronouncements do not necessarily result in effective federal action, with agencies such as Homeland Security consistently undermining the President’s rhetoric.

I share Mr. Falcón’s misgivings. I’ll wait and see how things turn out before I celebrate.