The increase of colorblind casting in sci-fi television shows like “The Walking Dead” and “Sleepy Hollow” suggests that a “post-racial revolution” is being televised, according to a writer at CNN. John Blake especially celebrates shows like “Arrow,” which have a diverse racial cast and manage in many instances to avoid stereotypes. Certainly, I agree with Blake that television is slowly but surely diversifying in ways that it simply has not been diverse over the last decade. (ABC’s “Scandal” has a diverse cast, a black female lead, and is one of the most popular shows on television. It is certainly a personal favorite.)

But I’m not sure post-racialism is a thing to want, that it should be our goal. 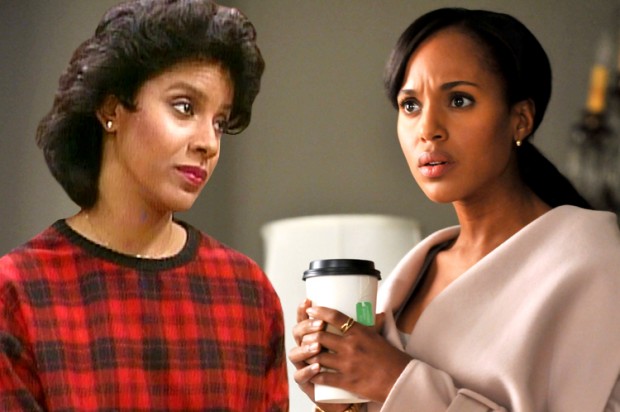 First, although television seems to be changing, we should not forget that 20 years ago television was more diverse. When we tell ourselves these post-racial fantasies of progress, we act like more black people cast in roles that have traditionally gone to white people is progress. Second, we act as though this is the best definition of diversity. I came of age in the 1990s, where there were several black shows that populated the landscape of my adolescence – “The Cosby Show,” “The Fresh Prince of Bel-Air,” “Martin,” “In Living Color,” “Living Single,” “Sister Sister,” “The Parent ‘Hood,” “The Wayans,” “Smart Guy,” “Hanging With Mr. Cooper,” and “Family Matters.” As a little kid, I watched “227″ and “Amen.” All of these shows were spread out over a combination of minor networks like UPN and the WB and the traditional major networks.

Slowly by the late 1990s all black shows were being outsourced to the minor networks. Then those networks consolidated, with UPN and the WB becoming the CW, and then the CW decided in the late 2000s to move from an “urban programming format.” The same thing is true of the movie industry. In the 1990s, there were black movies – black gangsta movies, black love movies, black family movies. “Boyz N the Hood,” “Love Jones” and “Soul Food” are representative classic black movies of the era. By the mid-2000s, the only person able to command an impressive box office showing was Tyler Perry.

Commitment to racial diversity on the big and small screens has always been fickle.

Now the tide is changing as black actors are being asked to do black versions of white movies like “About Last Night” or the thinly veiled mashup of “The Hangover” and “Bridesmaids,” that will be “Think Like a Man, Too.” I have seen or plan to see these movies, because I like seeing people who look like me on the big screen. But I’m bothered by the idea that progress means black people’s lives can fit into traditional white narratives. Why are black stories particular, but white stories universal? Surely this is not the best definition of diversity.

And it certainly is not progress. It’s more like the gentrification of media, being marketed to us as progress. Under the logic of gentrification, both the physical kind and this new mediated kind, those of us who harken back to a prior moment when people of color could live and work and be represented on their own terms are seen as barriers to progress. Even though we are made to witness the systematic removal of people of color from posts and property that they have labored for generations to have access to, we are supposed to be impressed when these new social and geographical formations allow token participation by people of color, who are viewed as having crossover appeal. To be clear, crossing over means that despite your color, white people like you. It’s an ugly truth, but we should tell it. And given the racist audience backlash to the casting of “The Hunger Games” character Rue as  black and to the new version of Annie starring African-American Quvenzhané Wallis, I’m not sure we should actually believe this optimistic narrative of post-racial revolution.

In fact, the backlash toward these young black characters is more in line with a recent finding from  the Cooperative Children’s Book Center, that of 3,200 children’s books published in 2013, only 93 were about black characters. To this day, I keep a list of children’s stories that feature black girl protagonists, so that my friends with daughters can have culturally relevant books for their children.

African-American author Walter Dean Myers penned a response to the children’s book study in the New York Times. I didn’t even know people wrote children’s books about African-Americans until I stumbled upon a whole shelf of Mr. Myers’ books one lazy summer when my mother left me at the library all day. I eagerly brought home a copy of the teenage love story “Motown and Didi,” which remains a favorite to this day, alongside a stack of books that included stories about the Box Car Children and the Sweet Valley Twins. My personal favorite was Baby Sitters Club books, but those only came out once a month, and I usually had devoured them by the second day after purchase. And while the characters were mostly white, part of being a voracious-reading black kid in the ’90s meant you learned to relate to white children, and to identify with the “universality” of their narratives.

I also vividly remember my joy at seeing and eagerly purchasing a copy of Myers’ “The Mouse Rap” in 1992. Though I preferred stories with female protagonists, the chocolate black boy on the cover, who had dreams of being a rapper, appealed to me.

As a young black girl growing up in a predominantly white environment, race mattered. Despite my attempts to mimic the cultural habits and speaking styles of my white counterparts, a journey to racial self-awareness that got me mercilessly teased by my black counterparts, I was never going to be white and didn’t especially want to be. Like other children, I wanted to fit in and not be bullied. Reading children’s and young adult stories with black characters helped me to imagine other ways to be black besides the sometimes limiting representations that I saw in my immediate environment. Those black stories also affirmed my nerd self, letting me know that white children didn’t have a monopoly on smarts, and that I didn’t have to jettison blackness to embrace nerd-dom. Seeing ourselves represented, not as devoid of race but as shaped by and deeply influenced by race, matters. To have race not as a biological but as a social condition is not a bad thing. We all do.

And until all of us – white people included — grapple with what this means, until we can tell the truth honestly about it, our swift desire to get to a post-racial future will remain a gilded project, and one steeped in dishonesty.

That kind of dishonesty will have us doing as John Blake did, invoking the work of Octavia Butler, an African-American sci-fi author, to make the case for post-racialism. I think Butler would take deep issue with being read into a genealogy of post-racial cultural production. She thought that black life provided the ground upon which to explore questions of dystopic futures, life after armageddon, and other forms of relationship to the human body, to African-American history, and to the time-space continuum. Blackness is central, rather than incidental to her work.

For the young black time-raveling teens in Kiese Laymon’s “Long Division,” their Mississippi-inflected, crooked-letter blackness is central to who they understand themselves to be. These characters, and African-Americans more generally, to disagree with Harlem Renaissance thinker George Schuyler, are not simply “lampedblack Anglo-Saxons,” dropped into the middle of an Ebony version of “A Wrinkle in Time.”

Butler, Myers and Laymon show us black possibility through their fearless engagement with what it means to be both human and black. The stories they tell, the movies and shows that could be made from those stories, are far better models for diversity than our current infatuation with colorblind casting.

Post-racism, not post-racialism, should be our goal. To be American means we are deeply shaped by narratives of race, culture, and power. And celebrating our multiculturalism is not a bad thing. But multiculturalism and post-racialism are not the same. In their most ideal states, one recognizes the power, possibility and gifts of our differences and uses those truths to connect us. The other – the latter — erases the salience of those differences and attempts to use the lie of sameness to connect us. As ever, the question for us remains, what kind of nation do we want to be?

~ This post was written by Brittney Cooper who is a contributing writer at Salon and a Professor at Rutgers University. Follow her on Twitter at @professorcrunk.  The original post appeared at Salon and you can read it here.