“She can do what she wants, she’s free, white and 21.” This was an expression I grew up hearing in Texas from lots of people, my Granny was particularly fond of saying this. “Free, white and 21,” was a way of conveying that a person occupied a position of freedom and citizenship, of racial privilege, and of adulthood. While this phrase was not gender-specific, there was something gendered about growing up white and (cisgendered) female. Today, in the ongoing series Trouble with White Women, I explore some of the research on learning to be a white woman.

Whiteness is a Made Up Category

Sociologists and other academics say things like “whiteness is a social construction.” Another way of saying that is “whiteness is a made up category.”  The notion of being “white” is a relatively new one, historically, one rooted in colonialism. Precisely who counts as “white” in the U.S. is something that has changed over time, and changed rather dramatically.

In hearings before the U.S. Congress prior to the Immigration Act of 1924, social science experts of the day testified that southern Italians were a different “race,” decidedly not “white,” and ontologically incapable of assimilating into mainstream U.S. culture. Therefore, the argument went, they should be barred from entering. The law was intended to restrict immigration by Southern and Eastern Europeans, including many Jewish people who had migrated in large numbers since the 1890s to escape persecution in Poland and Russia, as well as prohibiting the immigration of people from Middle Eastern nations, people from India, and people from Japan and China. According to the U.S. Department of State Office of the Historian the purpose of the act was “to preserve the ideal of American homogeneity.” 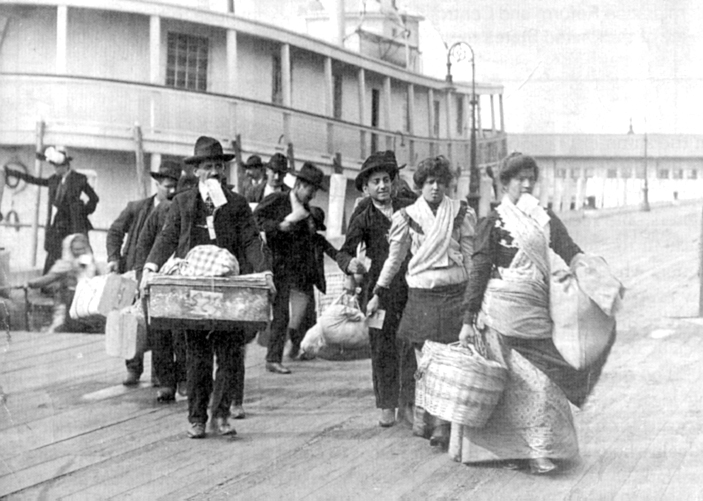 Over the next several decades of the 20th century, people from those groups categorized as “non-white” and incapable of assimilation – and barred from the U.S. on that basis –  became white. How did that happen?

A number of scholars have written about this phenomenon of racial transformation (e.g., Ignatiev on the Irish) but few have taken up gender in this discussion. However, Karen Brodkin, in her book, How the Jews Became White Folks and What that Says about Race in America,  does include gender in her analysis. Brodkin makes a convincing, systematic argument that post-war policies like the GI bill and those of the Federal Housing Administration effectively translated into de facto “affirmative action” for the male children and grandchildren of immigrants, thus promoting the whiteness of southern and eastern Europeans while purposefully excluding African Americans from those crucial mechanisms of race and class privilege. For Jewish men, accepting whiteness and its privileges also meant incorporating the patriarchal domesticity of dominant American culture.  In other words, because some (immigrant) men were able to get good educations, jobs and buy houses through government subsidies, they had the opportunity to access the affordances of whiteness, and specifically, white masculinity. Brodkin also suggests that “becoming white” also meant leaving aside more radical politics and adopting mainstream American political views.

But what about the women? In Brodkin’s analysis, to become white, Jewish women give up the power they once held in the family in exchange for the lifestyle of bourgeois white women.  She argues that Jews had to conform to the gender norms of the dominant culture that was different from the culture they had brought from Eastern Europe. In the wake of that shift in gender norms, Jews were left with anxiety and ambivalence which manifest in, among other things, Jewish American Princess (JAP) jokes and misogyny toward the “Jewish mother.” This anxiety is a brief rupture which, according to Brodkin, masks the larger trend of becoming white, of blending into the dominant white culture.In the bid to assimilate into the category “white,” part of the deal is accepting the gender norms and relationships of the dominant, white culture.

So, when my Granny would say to me, “you’re free white and 21,” she had no idea that at another time or place who was considered “white” would have been an entirely different collection of people.  What are those lessons we learn about becoming a white woman?

When I was growing up in suburban South Texas, there were particular moments when whiteness – though no one called it that – entered the narrative about what I could and could not do. There was, of course, a particular kind of taboo about who I could date: black men or boys were off limits, Latino men or boys were to be considered on a case-by-case basis. The Greek boys down the street were fine, cosmopolitan even, but all these potential suitors were marked by “difference” from my whiteness. (Neither my parents nor I considered that I might date a girl of whatever race. I didn’t discover that possibility until much later.)

A particular form of white womanhood was what my mother was trying to impart to me when she insisted that I should take tennis lessons in hot summers in Corpus Christi, so that one day I might join a Country Club (after I had married well, and heterosexually).

And, my whiteness was part of what my father was trying to preserve when he moved our family four hours north to the (then) all-white Houston suburb of Spring, Texas rather comply with the Cisneros v. Corpus Christi ISD court order mandating school desegregation.

These lessons about whiteness are not bound by Texas, or the South, nor restricted to a distant past. In her book, Daughters of Suburbia: Growing up white, female and middle class, Lorraine Kenny offers a glimpse at what growing up on suburban Long Island is like, and what some of the lessons of whiteness are there. In many ways, I think of Kenny’s book as a sequel to Brodkin’s, as she traces the consequences the architecture of whiteness that Brodkin describes. 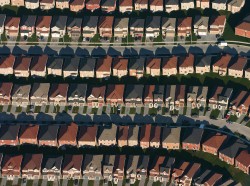 Kenny argues that what gets defined as “normal” about gender reinforces the cultural practices of whiteness. She highlights both the experiences of the middle-school students and the stories of three notoriously “bad” white middle-class teenage girls: Amy Fisher, the “Pistol-Packing Long Island Lolita,” Cheryl Pierson, who hired a classmate to murder her father, and Emily Heinrichs, a former white supremacist and a teen mom. According to Kenny, middle-class whiteness thrives on its invisibility–on not being recognized as a cultural phenomenon. For these women, the lessons of being a white woman were were central to what they learned growing up on Long Island. All of the women who learned the same lessons and followed those norms, did not make the evening news. When Fisher, Pierson and Heinrichs violated these norms in different ways, they did make the evening news. When we examine what mainstream media identifies as aberrant, Kenny suggests, we can begin to identify the unspoken assumptions that constitute middle-class whiteness as a cultural norm.

This is where trying to talk about or study whiteness becomes so difficult. If it’s invisible, how do you see it? If it’s the cultural norm, doesn’t that mean whiteness is everywhere?  This is especially challenging when it comes to white women who, by and large, continue to exist in an unmarked racial zone.

The scholar Ruth Frankenberg offers a way through this conundrum.  Frankenberg interviewed white women and set out a conceptual framework for thinking about these issues, what she called a social geography of race. For her, social geography of race means, “a complex mix of material and conceptual ingredients for I saw increasingly that, as much as white women are located in racially marked physical environments, we also inhabit ‘conceptual environments’ or environments of ideas, which frame and limit what we see, what we remember and how we interpret the physical world.” She uses this framework to analyze the narratives of white women’s lives that are the focus of her study. In her piece, “Growing up white: feminism, racism and the social geography of childhood.” Feminist Review 45, no. 1 (1993): 51-84. she writes:

These narratives… clarify some of the forms, obvious and subtle, that racism and race privilege may take in the lives of white women: including educational and economic privilege, verbally expressed assertions of white superiority, the maintenance of all-white neighbourhoods, the ‘invisibility’ of Black and Latina domestic workers, white people’s fear of people of colour and the ‘colonial’ notion that the cultures of peoples of colour were great only in the past. Racism thus
appears not only as an ideology or political orientation chosen or rejected at will; it is also a system and set of ideas embedded in social relations.

My analysis underscores the idea that there is no place for us to stand ‘outside’ racism, any more than we can stand ‘outside’ sexism. In this context, it seems foolish to imagine that as individuals we can escape complicity with racism as a social system. We cannot, for example, simply ‘give up’ race privilege. I suggest that as white feminists we need to take cognizance both of the embeddedness of racism in all aspects of society and the ways this has shaped our own lives, theories and actions. Concretely, this means work in at least three linked areas: work on re-examining personal history and changing consciousness; thorough-going theoretical transformation within feminism; and participation in practical political work towards structural change. (p.78)

There’s much (still) to be gained from Frankenberg’s work, particularly her analysis that “there is no place for us to stand ‘outside’ racism.”  In her book (from which this article is drawn), Frankenberg poses the question: “What are the social processes through which white women are created as social actors primed to reproduce racism within the feminist movement?”  I’ll take this up in the next installment of our #troublewithwhitewomen series.