It’s Tuesday and that means it’s Trouble with White Women and White Feminism, our ongoing series meant to offer a broader context and deeper analysis of the latest outrages by the melanin-challenged.

White women were active participants in, proponents of and key beneficiaries of the system of slavery in the U.S., both historically and now.

While some historians, such as  C. Vann Woodward and Catherine Clinton, have argued that white women were secretly opposed to the system of slavery, scholar Elizabeth Fox-Genovese demolished this notion with her work, Within the Plantation Household: Black and White Women in the Old South (University of North Carolina Press, 1988).  Fox-Genovese draws on white slaveholding women’s diaries, letters, and postbellum memoirs, along with the Works Progress Administration’s narratives of enslaved black women as her source material to make a convincing argument that even though they worked in the same households there was no “shared sense of sisterhood” among black and white women in the plantation household.  Fox-Genovese makes a distinction between white women in the North, whose urban, bourgeois culture valued individualism and the redeeming power of domestic work, and white Southern women, whose hierarchical, dependency-based culture judged women’s worth on their success in conforming to the ideal of the “lady,” rather than on their thrift, industry, and devotion to all-sacrificing motherhood. By arguing that white, Southern women’s history “does not constitute a regional variation on the main story; it constitutes another story,” Fox-Genovese joined women of color and labor historians who were offering critiques of both the white, middle-class feminist movement and the histories it produced. (See this for a much longer and more thorough summary of Fox-Genovese’s work.) 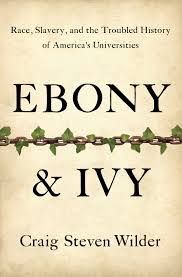 It is a mistake to believe that slaveowning was an entirely Southern U.S. phenomenon. In fact, it was the Northeast where slavery began in the U.S. and where some of its enduring legacy remains. “Human slavery was the precondition for the rise of higher education in the Americas,” writes historian Craig Steven Wilder in his, Ebony & Ivy: Race, Slavery and the Troubled History of American Universities.  Wilder writes:

“In the decades before the American Revolution, merchants and planters became not just the benefactors of colonial society but its new masters. Slaveholders became college presidents. The wealth of the traders determined the locations and decided the fates of colonial schools. Profits from the sale and purchase of human beings paid for campuses and swelled college trusts. And the politics of the campus conformed to the presence and demands of slave-holding students as colleges aggressively cultivated a social environment attractive to …wealthy families.”

Wilder paints a compelling portrait of the ways that slavery was not merely part of the “context” present at the same time as the rise of higher education in the U.S., but in fact, was a crucial element that universities relied on to build facilities, endowments and legacies of elite social environments for cultivating subsequent generations of the nation’s leaders. While it’s true that these institutions were established for the benefit of white men, white women eventually demanded and won access.

White women in the academy, and I’m one of them, continue to benefit from the system of higher education built by enslaved human beings. According to the Almanac of Higher Education, women accounted for only 31% of all tenured faculty in US colleges and universities,but of these 78% are white women, compared to just 0.6% American Indian, 4% Latina, 6.7% Asian American, and 7% African American.  Wilder’s research is focused on Ivy League (elite) educational institutions, but it has implications for those of us outside those institutions as well. I work at CUNY (not, to my knowledge, built by enslaved people) but CUNY operates within an eco-system of other institutions of higher education from which we all benefit.

“But, my family didn’t own slaves!” also, “Slavery was a long time ago, isn’t it time to forget all that?

These refrains about a distant, non-slaveholding past are a commonplace among white people. The first is meant to suggest a lack of connection to the institution of slavery, and therefore, a lack of responsibility for understanding it; and the second is meant to suggest that historical amnesia is a salve for social ills. My family didn’t own slaves either (that I know of). This wasn’t an ethical stance, they just couldn’t afford to own any human beings.

The rush to forget, to distance from the legacy of slavery in the U.S. strikes me as peculiar.  Recently, this resistance to facing history has come out in the ways that white people talk about (and don’t talk about) the film ’12 Years a Slave.’    Most often, what I hear from white women friends, is this: “I’m not sure I can go see 12 Years a Slave. It just sounds too painful to watch, and I wonder, why would I want to pay a babysitter so I can be in agony for two hours?”

Perhaps part of this resistance is a reluctance to come to terms with the way that, as Olivia Cole writes, white women ruined lives while wearing their pretty dresses.  While scholarly works like those by Fox-Genovese or Wilder may not reach a wide public audience, this film could if people are willing to go see it. Part of what the film reveals is the cruel treatment meted out by white women situated as the plantation mistress to the enslaved women they controlled.

Slavery does not exist solely in the mists of some distant past, but remains with us in the here and now of the U.S.  Plantations are increasingly popular locations for weddings for white women who are convinced they can “work around the racism” of such a setting. 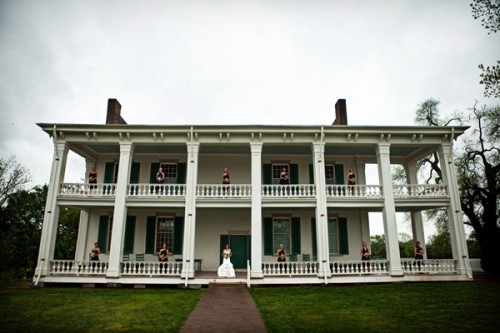 People who doubt the fascination we have as a society with the “plantation” theme, should watch “Gone with the Wind” (1939), which serves as a kind of cultural template for the aesthetics of this phenomenon. While some may see this as irrelevant to the contemporary milieu, the recent micro-controversies involving Paula Deen and Ani DiFranco suggest otherwise. 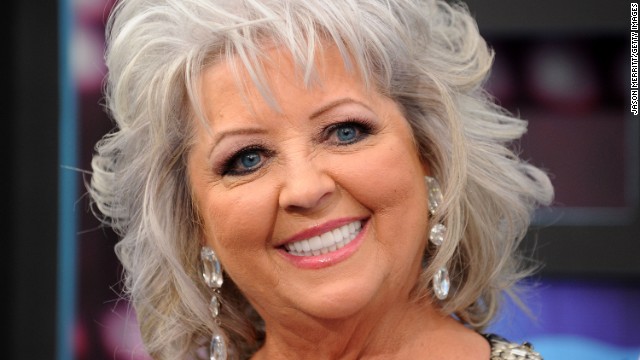 Paula Deen is a celebrity who built a small empire on her southern cooking and down-home style.  Deen recently became embroiled in controversy when in June 2013, she became the target of a lawsuit alleging racial and sexual discrimination.  In her deposition, when asked if she’d used the N-word to describe African American people, she said “Yes, of course.”   Among the other revelations about Deen that emerged were the details of her “dream southern plantation wedding.”   Deen offered a tearful apology for her use of the N-word, the lawsuit was dismissed, but it may have been too late because there was already a Twitter hashtag #PaulaDeenRecipes with some truly hilarious, creative entries (e.g., Back of the Bus Biscuits #PaulaDeenRecipes). Deen had her television show cancelled by Food Network, and endorsement contracts cancelled by Smithfield Foods, Walmart, Target, QVC, Caesars Entertainment, Home Depot, diabetes drug company Novo Nordisk, J.C. Penney, Sears, KMart and her then-publisher Ballantine Books. However, several companies have expressed their intent to continue their endorsement deals with Deen, and fans flocked to her restaurants in a show of support. 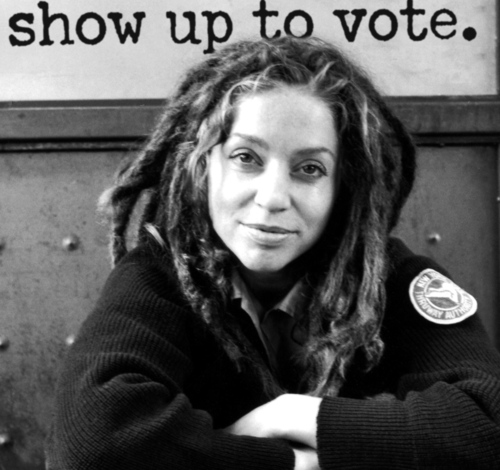 Ani DiFranco is a singer, songwriter and is often regarded as a feminist icon.  DiFranco faced a controversy in 2013 when after the announcement that she was hosting a three-day artists’ workshop billed as the “Righteous Retreat” at Iberville Parish‘s Nottoway Plantation in White Castle, Louisiana.  Now operated as a luxury resort, Nottoway Plantation was one of the largest plantations in the South, and features the largest antebellum mansion. Its operator and founder John Randolph owned over 155 slaves in the year 1860. DiFranco’s choice of venue for the retreat was called “a blatant display of racism” on a petition at change.org that collected more than 2,600 signatures. On December 29, 2013 DiFranco cancelled the retreat and offered what many saw as a tepid, non-apology-apology. Chastened by the criticism that followed that first statement, DiFranco issued a second apology on January 2, 2014 in which she wrote, “..i would like to say i am sincerely sorry. it is obvious to me now that you were right – all those who said we can’t in good conscience go to that place and support it or look past for one moment what it deeply represents. i needed a wake up call and you gave it to me.”

The public oppobrium that Deen and DiFranco faced are tied up in what Priscilla Ocen, writing at For Harriet, calls the subservience fantasy in the U.S.  The persistent cultural fascination with plantations as settings of an idyllic past positions them as locations that can be “reclaimed” as luxury resorts, wedding venues, and “righteous retreat” destinations. And, I would argue, it is not coincidental that it is white women who are fueling this fantasy.

There are other ways to approach our history. At the same time that the controversy with Ani DiFranco was roiling the interwebs, I was visiting Berlin. While I was there, I went to a museum called “Topographies of Terror,” a museum that marks the site of the former Secret State Police, the SS and the Security Main Office of the Third Reich.  The story of how the museum was created fascinated me as much as the collection itself. After the war the grounds were leveled and initially used for commercial purposes, and eventually became a vacant lot. Public interest in this site emerged gradually in the 1970s and 1980s. It was during this time that groups of citizens, historians, and activists began the work of commemorating the site and using it as a mechanism for confronting the difficult past of the Nazi regime.

In the U.S., we have very few (if any) of these kinds of monuments.  Imagine, if you will, a wedding held at a former concentration camp with a “Third Reich” theme, with the bride urging guests to “work around” the blatant anti-semitism. Offensive, right? Of course it is.  Then why is it that here in the U.S., we turn plantations – our own topographies of terror – into theme parks and luxury resorts?

As I said, I find the American rush to forget, to distance ourselves from the legacy of slavery strikes me as peculiar.  I suspect that part of this reluctance has to do with the affective, particularly for white women, who wish above all else, not to be made uncomfortable about race.  More about that in another post in this ongoing series, Trouble with White Women #tww.