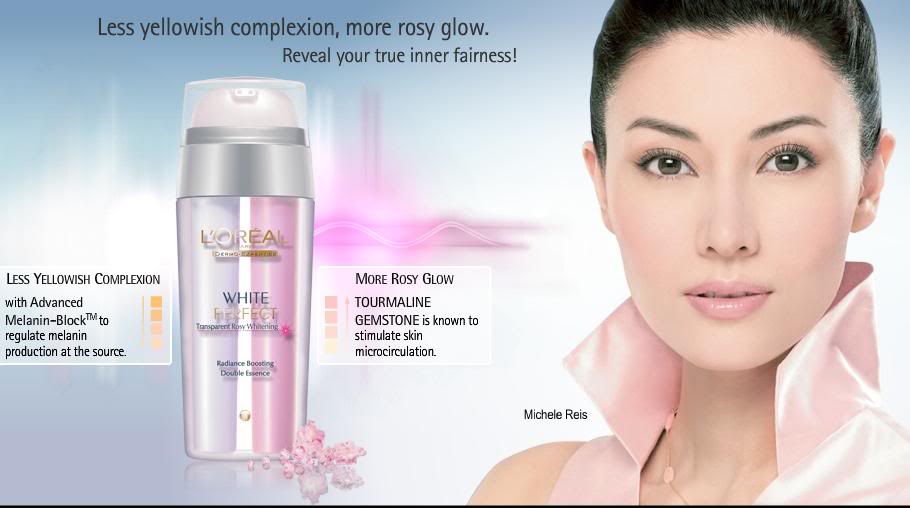 “Rare indeed is the Asian American who has not heard an aunt or grandmother say something like; ‘Don’t go out in the sun. You’ll get too dark’…[Asian countries have] had long-standing preferences for light skin, especially in women.”

In my continuing research examining the lives of young multiracial Asian children, it has become pretty clear pretty quick that colorism (skin color discrimination of individuals falling within the same racial group) is a major theme. This isn’t a surprise to me, a multiracial Asian woman who grew up constantly scrutinized and measured as more European looking against other Asian peoples. I launched an Amazon hunt and as usual, found very little. In fact almost nothing; only one book addressing colorism in the Asian American community: Is Lighter Better? Skin-Tone Discrimination Among Asian Americans by Joanne L. Rondilla and Paul Spickard (2007) (if you know of more, please send to me).

According to Rondilla & Spickard, colorism in Asia is less about wanting to look European and more a class imperative. “To be light is to be rich, for dark skin comes from working outside in the sun…the yearning to be light is a desire to look like rich Asians, not like Whites” (Rondilla & Spickard, 2007, p.4). A preference for light-skinned beauty existed long before serious encounters with Europeans and Americans, and this desire deeply persists. Though not visibly common in the US, skin lightening products are loudly advertised and mass-consumed all over Asia. And sales are rising. Two million units of skin lightening soap are sold annually in the Philippines. Today, every major cosmetics company has some form of skin lightener (Rondilla & Spickard, 2007).

So what happens when huge numbers of Asian immigrants (430,000 in 2010) and students (6 in 10 international students are from Asia) start arriving Stateside and their colorist/class values meet US racism which has aggressively devalued and violently oppressed dark-skinned people for hundreds of years? What happens when White Perfect (above) meets Jim Crow? “Less yellowish” meets Yellow Peril? 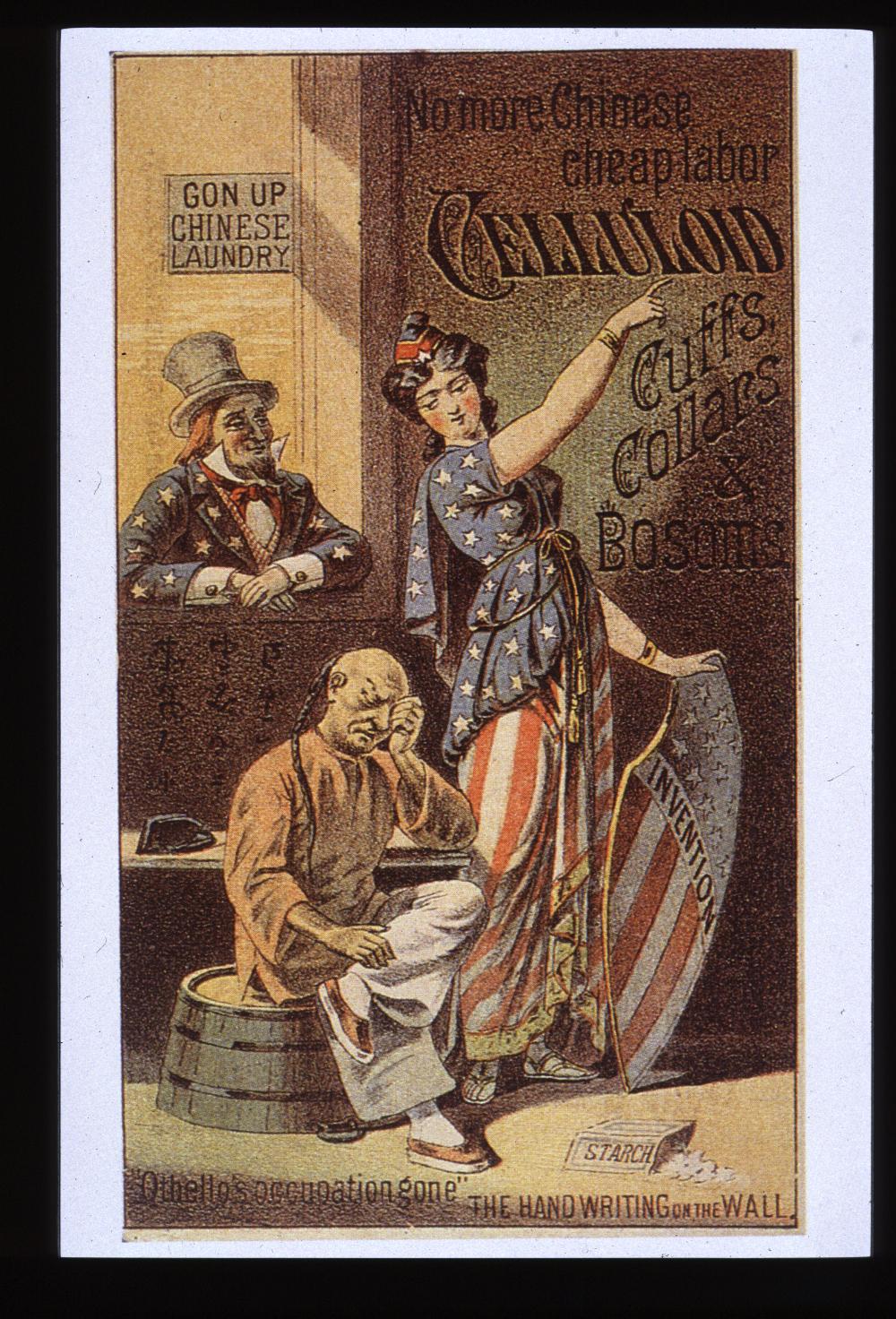 On the one hand, it’s a complicated catch-22. Overlay the former with the latter and we certainly get a compounded but also confused effect. As Rosalind S. Chou and Joe R. Feagin note in their book The Myth of the Model Minority: Asian Americans Facing Racism, “Asian Americans frequently embrace stereotypes created by whites about other groups, as well as the racist notions that whites have created for Asians” (p.138).

Asian Americans often manifest “old world” inspired, “new world” enhanced colorism at the same time they find themselves victimized by the same system; targeted as people of color. Rock and a hard place, right? Take for instance American born Lucy Liu, still one of the few Asian TV and film stars, who has publicly bemoaned racism in Hollywood yet stirred controversy last year when she let slip a disparaging remark about Filipino skin color on Jay Leno.

On the other hand, the oppression of dark-skinned people, whether in Asia or America, is exactly what it is — the oppression of dark-skinned people. I often run into folks who try to differentiate the two histories of discrimination as totally disparate, unrelated and incompatible things. Sometimes to excuse immigrant colorist behaviors as eccentric or somehow less offensive because they technically aren’t rooted in racism. Sometimes to dismiss the possibility of any compounded and damaging internalized effects to Asian American children through their combination. But in our increasingly interdependent world, how can we pretend the cultural values of one continent are not influenced and impacted by the values of the other? When I was a young girl my father told me if I ever married a Black man he’d disown me. Even that young I remember being totally shocked by his unapologetic and vocal bias, something I continued to live with and object to my entire youth (though my protests always seemed to fall on deaf ears). My father was born and raised in Taiwan, a place that was and still mostly remains pretty Asian-homogenous. He immigrated to the United States when he was in his 20s at which point he’d had very little exposure to any kind of Black be it African, Afro-Brazilian, Afro-Cuban, African American, whatever. Yet despite his limited exposure to racial diversity growing up and the fact he himself was often targeted as an immigrant/person of color later living in the US, as an adult he harbored very extreme American prejudices against historically targeted American racial groups.

Chou & Feagin point out Asian immigrants often have preconceived stereotypes about Blacks before they even immigrate because of contact with American mainstream media operating overseas, a major source of negative typecasting for Mexican and African Americans (among others) (Chou & Feagin, 2010):

The impact of U.S. racism is not confined to the borders of the United States. Indeed, U.S. economic, political, military, and mass media power makes the country very important, indeed often dominant, in many global settings. The United States not only exports commercial goods but also propagates important ideals and ideas as well. The U.S. media are very influential and perpetuate important aspects of the white racial frame to many countries around the world. Certain U.S.-oriented products and their advertising also spread a U.S. racial framing (Chou & Feagin, 2010, pp.170-171).

Where does this leave multiracial Asian Americans born into these overlapping frameworks? I’m afraid that as multiracial Asian Americans, this leaves us poised very precariously at times. Despite what you might imagine, with the recent influx of Asian immigration and Asians marrying out of their ethnic group at a higher rate than any other racial group, multiracial Asian children are not actually that far removed from “old world” prejudices and are often second generation Americans like myself. I have been constantly scanned for Asian versus white features by Asian immigrants and proclaimed “the best of both worlds” leaving me with the uncomfortable, highly racialized feeling there’s something I did or didn’t get that I should be glad about but that one or both of my halves might resent. In my October post “Mixed Heritage and Knowing We Still Have Work To Do,”  I described the race challenges shared by a quarter Asian youth panelist (Black/Asian/white) as part of a local mixed heritage dialogue. Despite identifying strongly as Blasian:

12 yo Saiyana, a child of our future and proud of her mixed heritage, showed us that race mythologies/oppressions persist. She related being profiled by a museum security guard who identified her as Black at the same time Black peers at school refuse to acknowledge her multiraciality.

Even in Rondilla & Spickard’s well-researched book something funny around mixed race people seems to be happening. In their study, they asked participants asked to respond to pictures of 3 different women of varying skin tones from lightest to darkest. The “fairest of them all,” as designated by the researchers, appears to be multiracial, something alluded to, but not confirmed in the book. The other two do not appear to be multiracial.

Why would only one woman be mixed race? Why not choose either 3 mixed race Asian woman OR 3 monoracial Asian women? And if only one mixed race woman was going to be chosen, why would she be the light one?

There is a conversation we aren’t having about specifically colorism in Asian America and the way it impacts the lives of mixed race children. For example, how are darker-skinned Black/Asians versus lighter-skinned white/Asians received within their families, within the Asian American community, and society at large?

The idea of racial hierarchies perpetuated by the Japanese American community is evidenced in the community beauty pageants. There have been few if any African American/Japanese American mixed-race queen candidates and none has been successfully chosen to be queen (King-O’Riain, 2006, p.38).

How do phenotype and issues of blood quantum complicate this conversation? What is it like for children like Saiyana who are a quarter or less Asian and may not wear Asian racial markers that signal loudly to others, yet who identify strongly as being so? Given that multiracial Asian is a fast-growing demographic and will soon constitute a larger and larger portion of our population, I think we have to ask ourselves these hard questions. Certainly not at the exclusion of other discussions central to multiraciality but definitely as an important part of the larger conversation.

What is it like for multiracial Asians with different skin colors/heritages sitting at a crossroads where “old world” Asian colorism and “new world” US racism meet?