[The following analysis was sent to us by an experienced academic administrator.] 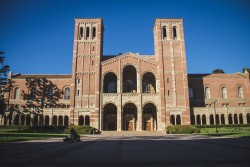 The findings of the report include the identification of conflict involving a racial component in two UCLA departments, two reports of egregious incidents of bias experienced by UCLA faculty members, and three reports of perceived bias in hiring, advancement, and retention.

The academic department is the cultural environment that shapes how minority and women faculty are supported and welcomed, the way conflicts are resolved, and how power is distributed. The department chair sets the tone in the academic department, but the makeup of faculty in a given setting, such as the predominance of long-serving tenured faculty, also impacts the departmental dynamic.

Case in point, the study highlights allegations of systematic exclusion of minority and female faculty in what is called “Department A” that ranged from telling junior faculty of color that they would not attain tenure, to discriminatory remarks such as “I thought Asian women were supposed to be submissive.” A white faculty member who was tenured and subsequently left the department indicated that he had spoken out against such conduct, been retaliated against by the department chair through a recommendation against a merit increase in pay, and he then retired rather than continue in that atmosphere.

The majority of incidents identified to the reviewers involved process-based discrimination in hiring, advancement, and retention. Faculty members believed that they were denied advancement due to bias and discrimination, usually through an unfavorable letter from the department chair or dean and a negative departmental vote.

Given the decentralized structure of universities with varying micro-climates and cultures, the experiences of women and minorities within departments can reflect very different realities depending on how power is operationalized through leadership, demographic makeup of the department, and intradepartmental interactions. The steps UCLA is taking are important by not only calling attention to the persistence of forms of subtle and covert discrimination, but also in creating the clear and unequivocal leadership expectation for an inclusive work climate throughout the university that supports the progress and contributions of diverse faculty and staff.