Some 18 million Asian Americans make up today nearly 6 percent of the population, a figure than has grown from one percent before the 1965 Immigration Act replaced an openly racist immigration system set up in the 1920s. This reform law of the 1960s allowed into the U.S. a much greater diversity of immigrants.

A recent report titled “The Rise of Asian Americans” has been published on the Pew Research Center website, with much interesting – if somewhat poorly assessed – statistical data on Asian Americans, much of it from a 2012 survey Pew did.

Much of the tone of the report is a “model minority” one, as in this opening statement:

Asian Americans are the highest-income, best-educated and fastest-growing racial group in the United States. They are more satisfied than the general public with their lives, finances and the direction of the country, and they place more value than other Americans do on marriage, parenthood, hard work and career success. . . .

The report accents the “milestones of economic success and social assimilation.” There are no qualifiers in this opening Pollyanna-ism that signal the racial and other societal problems Asian Americans face, including discrimination from whites with power over them and extremely heavy outside pressures on them as “forever foreign” to “assimilate.” Some discussion of barriers appears much later in the Pew analysis, and it is insufficient. Oddly, too, there is little citation of the relevant social science literature on the reality of everyday racism for Asian Americans, such as this recent book that Rosalind Chou and I did. 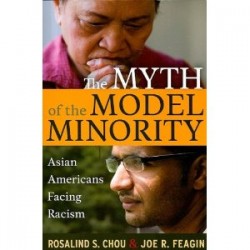 Still, there is much interesting data in the report. It cites data indicating that three quarters of Asian Americans are foreign-born immigrants, and that half say they cannot speak English very well. Being immigrants means a reality that some social science literature indicates makes publicly noting and organizing against discrimination they face much more difficult. Just getting situated in jobs and housing, and getting adjusted to a new country takes precedence in many cases—as the data on half not knowing English well indicates–and thus conformity to white folkways, to a white-dominated society, can become a passive anti-discrimination strategy. If you talk, dress, and act as “white” as you can, perhaps you will suffer fewer racial barriers.

The report notes that Asian American immigrants are the fastest growing group of immigrants, now surpassing Latinos in that regard. Especially interesting is the large proportion that come from the middle and upper middle class of their home countries:

More than six-in-ten (61%) adults ages 25 to 64 who have come from Asia in recent years have at least a bachelor’s degree. This is double the share among recent non-Asian arrivals….

They average more educational attainment than the populations of their home countries as well. While there are significant numbers of legal immigrants who are not from these relatively affluent backgrounds, a great many do come from such backgrounds–and that is one reason they tend to do better than the average American in terms of upward socioeconomic mobility:

The report fails to note, like many other commentators, that a great many come with very significant socioeconomic resources. In some sense, our legal immigration system often “creams off” from the world’s middle and upper middle classes. That is also one reason that Asian American immigrants do better on average that Latino immigrants, many of whom are relatively poor and undocumented. One does not need racialized notions of “Asian culture” and “Hispanic culture” to explain this differential socioeconomic mobility.

The survey also used some rather simplistic questions about “hard work,” and found that “Nearly seven-in-ten (69%) say people can get ahead if they are willing to work hard, a view shared by a somewhat smaller share of the American public as a whole (58%).” More than 90 percent thought their country-mates were very hardworking.

Down in the report they finally note significant socioeconomic differentials and problems faced within the “model minority”:

Americans with Korean, Vietnamese, Chinese and “other U.S. Asian” origins have a higher poverty rate than does the U.S. general public, while those with Indian, Japanese and Filipino origins have lower rates.

Not much discussion is devoted to this important finding, nor to the reality that large percentages of these Asian Americans do not yet know English very well (and thus do not seem to easily fit the “high assimilation” tone of the article).

The report offers some important summaries of variations in geographic patterns of residence, and religious identifications. There is also significant variability in how the immigrants came to the United States. The Vietnamese mostly came as political refugees, while

half of all Korean and Indian immigrants who received green cards in 2011 got them on the basis of employer sponsorship, compared with about a third of Japanese, a fifth of Chinese, one-in-eight Filipinos and just 1% of Vietnamese.

Educational and family reasons account for most of the others.

One would have thought that these researchers might have looked at the research literature and realized that “discrimination” is often an intimidating word for (especially newer) Americans of color, and that there are much better ways to ask about the specific racial barriers they face—including often using softer language and, most importantly, asking about a significant list of possible racial mistreatments that have been reported in previous studies. The report also operates from a white racial frame in talking about the “perception of discrimination” on the part of their Asian American respondents–a common white-generated way to downplay the importance of discrimination as somehow just “in the minds” of those people of color who are targeted by it. And the white perpetrators of racial discrimination targeting Asian Americans , past and present, are never mentioned.

The report also discusses, as many other commentaries to, the relatively high level of outmarriage for Asian American newlyweds, a figure about 29 percent for those married from 2008 to 2010, more than for any other racial group. Women are much more likely to out-marry than men, a reality linked partially to the negative images of Asian American men in this society ( and ignored in this report) and fully explained in a new book by Rosalind Chou. 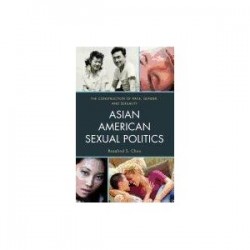 A very interesting report that deserves much more critical analysis and assessment in regard to immigrants and the U.S. future than the Pew researchers provide.