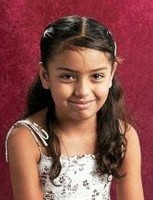 Note: This is an adumbrated version of a paper that was published in the web edition of the Boston Review on January 13, 2011. (The full text can be found here.)

“Culture of Poverty’ Makes a Comeback.” So read the headline of Patricia Cohen’s front-page article in the October 17, 2010 edition of The New York Times. The article was prompted by a recent issue of the Annals of the American Academy of Political and Social Science under the title, “Reconsidering Culture and Poverty.” In their introductory essay, the editors, Mario Luis Small, David J. Harding, and Michèle Lamont, strike a triumphant note:

Culture is back on the poverty research agenda. Over the past decade, sociologists, demographers, and even economists have begun asking questions about the role of culture in many aspects of poverty and even explicitly explaining the behavior of the low-income population in reference to cultural factors.

Cohen begins with a similar refrain:

For more than 40 years, social scientists investigating the causes of poverty have tended to treat cultural explanations like Lord Voldemort: That Which Must Not Be Named. The reticence was a legacy of the ugly battles that erupted after Daniel Patrick Moynihan, then an assistant labor secretary in the Johnson administration, introduced the idea of a ‘culture of poverty’ to the public in his 1965 report on ‘The Negro Family.’

Cohen uncritically accepts two myths woven by William Julius Wilson, the prominent Harvard sociologist, and repeated by his acolytes: first, Moynihan was clobbered for bringing to light compromising facts about black families, and second, that this torrent of criticism constrained a generation of social scientists from investigating the relation between culture and poverty, for fear that it would be pilloried for “blaming the victim.” Thus, a third, patently self-serving myth: thanks to some intrepid scholars who reject political correctness, it is now permissible to consider the role that culture plays in the production and reproduction of racial inequalities….

The problem from the beginning was not Moynihan’s publication of what were actually well-established facts, but rather his distorted interpretation of these facts. Moynihan made the fatal error of inverting cause and effect. Although he acknowledged that past racism and unemployment undermined black families, he held that the pathology in “the Negro American family” had not only assumed a life of its own, but was also the primary determinant of the litany of problems that beset lower-class blacks…. In other words, the imbroglio over the Moynihan report was never about whether culture matters, but about whether culture is or ever could be an independent and self-sustaining factor in the production and reproduction of poverty….

If Moynihan’s critics were unusually vociferous, this was because they understood what was at stake. Moynihan and his supporters contended that the poor were victims of their own vices, thus shifting attention away from powerful political and economic institutions that could make a difference in their lives. If those institutions were absolved of responsibility, the poor would be left on their own.
….If the cultural practices under examination are merely links in a chain of causation, and are ultimately rooted in poverty and joblessness, why are these not the object of inquiry? Why aren’t we talking about the calamity of another generation of black youth who, excluded from job markets, are left to languish on the margins, until they cross the line of legality and are swept up by the criminal justice system and consigned to unconscionable years in prison where, at last, they find work, for less than a dollar an hour, if paid at all? Upon release they are “marked men,” frequently unable to find employment or to assume such quotidian roles as those of husband or father.

….The new culturalists can bemoan the supposed erasure of culture from poverty research in the wake of the Moynihan Report, but far more troubling is that these four decades have witnessed the erasure of racism and poverty from political discourse, both inside and outside the academy….

Thus there is no thought of restoring the safety net. Or resurrecting affirmative action. Or once again constructing public housing as the housing of last resort. Or decriminalizing drugs and rescinding mandatory sentencing. Or enforcing anti-discrimination laws with the same vigor that police exercise in targeting black and Latino youth for marijuana possession. Or creating jobs programs for disconnected youth and for the chronically unemployed. Against this background, the ballyhooed “restoration” of culture to poverty discourse can only be one thing: an evasion of the persistent racial and economic inequalities that are a blot on American democracy.