The NAACP recently released a Special Report on Tea Party Nationalism, which addresses the overlap and interconnectedness between white nationalist hate groups and the various Tea Party groups that are sprouting like bad weeds across the U.S.    As if to highlight this connection, David Duke, former KKK leader, early Internet adopter for the cause of white supremacy, and one-time candidate for Louisiana governor, has released a video addressing the Tea Party. 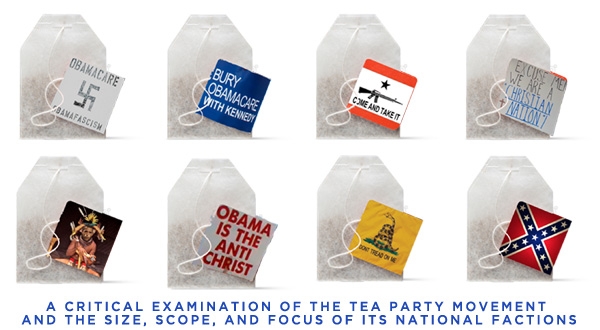 The report, written by Devin Burghart and Leonard Zeskind, is just 80 pages, 9 chapters and includes 17 figures and maps.   It’s in Chapter 8, “Racism, Anti-Semitism, and the Militia Impulse,” that the authors address the link to overt racists such as Duke, a connection that many Tea Partiers vigorously deny.      In this chapter, the authors write:

This is the cautious tone of analysis taken throughout the report.  The Tea Party is dangerous for the way that it appeals to white nationalists and for what it could become, but less so for what it is now.   Here’s is another passage from the report which illustrates this point: