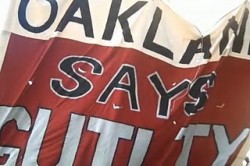 What do most Americans know about the Mexican Revolution? It disrupted everything in Mexico 100 years ago this November, prompting several waves of Mexican immigrants to enter the United States five generations ago.

Do we know who did what to whom when during an 18-year uprising by Mexicans that changed Mexico and the United States, a history that has continued to shape both nations? The Mexican Revolution is part of our unrecognized U.S. border history, and knowing the events of 100 years ago helps us to understand current immigration issues.

Here, for example, are the opening words of “Chapter 7: Rebel Armies Advance on Mexico City”:

Despite the unexpected developments that the revolution unleashed throughout Mexico, a feeling of expectancy, of widespread hopefulness prevailed. Even then, people had no idea what to expect, given the changes and uncertainties. What would happen when the revolutionary armies from the north and the south met in Mexico City?

People kept hearing they would be “liberated,” that the revolution would free them from Porfirio Diaz’s tyranny, but how that would happen remained unclear.

The Porfiriato had both shaped and created the Mexico that everybody knew for more than 30 years. After a generation and a half under Porfirio Diaz, and now in the grip of the revolution, most Mexicans were destitute. The country was in shambles, and Mexicans and the foreign investors wanted stability.

The advancing rebel generals–Villa, Obregon, and Zapata–were daily moving toward Mexico City with their armies. All three had supported Francisco Madero, but Madero was now gone. Obregon was beginning to fight for Carranza, and Zapata and Villa simultaneously inspired and scared the people because no one actually could say what they were going to do once they were in the Palacio Nacional, the National Palace.

The uncertain developments caused some Mexicans to be cautiously optimistic while others were depressed, and the rest didn’t know what or how to feel.

The great majority of the citizens were anxious and bewildered, for no one could control events that clearly were unpredictable. Even then, reports of battles, skirmishes, and disastrous encounters between the armies in different cities and regions of the country constantly surfaced. No one could say with certainty what would happen if and when soldiers from the different revolutionary factions met in the capital, Mexico City.

Would the losing soldiers be killed, imprisoned, or what? Would the victorious leaders meet and celebrate despite the unrest? What would they say? What would the people hear? What would they decide for Mexico? No one could say anything for sure. Clearly, it was not a good time to be in Mexico City or anywhere else in that vast country with so much unrest and unclear future. Most Mexicans didn’t know how other people they daily met on the streets felt about the revolution. It was awful because everything was in turmoil. No one knew what the following day would bring, or the next hour, or the next few minutes.

My 132-page photo history narrative contains 80 carefully selected photographs from the more than 483,000 pictures taken by Mexican, American, and foreign photographers who rushed to Mexico in 1910 to capture the revolution’s developments.