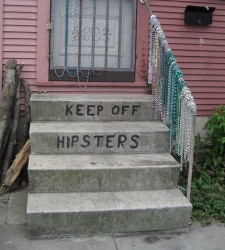 Somewhere George Orwell is tuning in to US society’s decline, and likely observing just how disturbing our public discourse has become. Here are some signs from a Tea Party demonstration in Kingston, New York (as posted by Deoliver47 there): 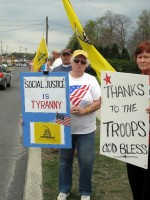