The Nashville Scene has a long account of the racist email sent out by Walt Baker, influential head of the powerful Tennessee Hospitality Association (motels, hotels, etc.). He sent out this email with a photo of the chimp Cheeta 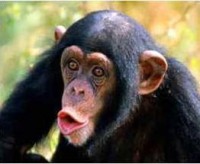 (see here too, Cheeta the chimpanzee) next to one of First Lady Michelle Obama:

Quoting Larry the Cable Guy…I don’t care who you are, this is funny…I was at the store yesterday, and I ran into Tarzan! I asked him how it was going and if he was into anymore movies. He told me that he could no longer make any more movies as he had severe arthritis in both shoulders and could no longer swing from vine to tree.
I asked how Jane was doing, he told me she was in bad shape, in a nursing home, has Alzheimer’s and no longer recognizes anyone, how sad. I asked about Boy, and he told me that Boy had gone to the big city, got hooked up with bad women, drugs, alcohol, and the only time he heard from him was if he was in trouble or needed something.
I asked about Cheeta, he beamed and said she was doing good, had married a Lawyer and now lived in the White House!!!

You can see both photos at this link.

Baker says he forwarded this email, which had been sent to him, to 12 prominent Nashvillians, including an aide to the mayor. Once outed, Baker indicated he was not racist, meant no offense, and had only sent it to “a select group of friends.” That is, he apparently meant for it to stay private and expected none of his friends to protest it. There was apparently little initial protest from most whites who first received it. This is yet another example of backstage racism where a white person felt safe doing this racist stuff with his friends. Baker commented later:

“It was done in the spirit of having some fun with some close friends. It was something that was forwarded to me, and I forwarded it to a couple of people that, quite honestly, I thought might find some humor in it like I did.”

He said that he thought it was good “political humor.” Not only did few whites openly protest and condemn this email as long as it was in the backstage, but according to Baker doing racist stuff is often about having “fun with some close friends.” There is a lot of evidence, like in the Two Faced Racism: Whites in the Backstage and Frontstage book Leslie Picca and I did that whites not only do racist stuff in the backstage but really seem to “Have fun” doing such racist action.

Several days after it came out Baker sent a one word email to the recipients (“sorry”) and was fired by the Nashville Convention & Visitors Bureau, which apologized much more openly for Baker’s actions and seemed to catch the irony of the head of a “hospitality” organization acting in such an inhospitable way. Baker’s company also lost at least one marketing contract.

Wikipedia has an article laying out the anti-Michelle-Obama “humor,” yet has no such article on anti-Laura Bush humor. The intensity and level of attacks on the Obamas in such a short period to time seem to be about the most extreme in recent political memory.

We might note once again that this racist framing of African Americans as ape-like is very old in the dominant white racial frame, and Thomas Jefferson was an open advocate of such vicious stereotyping and imagery–as he makes clear in the first major book by a secular American intellectual, his Notes on the State of Virginia (Section 14). 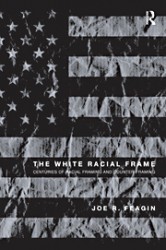 visual racist imagery and mocking emotions set in a “humor” framework. Note too just how white-centered such activity is, with its assumption of white superiority and virtue. None of the whites involved, so far as I can tell yet, has used this example of racist humor as a public way of calling out the white racial frame and calling for group instruction in extensive Racism 101 workshops in the city. Instead, like whites elsewhere, most there seem to see it as an isolated incident. Indeed, the white actors who do this sort of stuff usually do claim they are still white-virtuous, that is they did not “mean it” and are “not racist.”