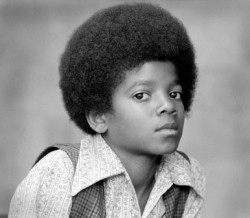 Source: AP Photo/Paramount Pictures Film publicity image taken from (here) The twin robots from “Transformers: Revenge of the Fallen.” (see also here)
———–
I thought I had seen and heard it all after seeing The Hangover film this past week. Effeminate Asian man (check). Big, scary Black men (check). Dangerous, cunning Asian men (check). Grossly portrayed and sexualized Black women’s bodies (check). Not to mention the litany of sexist and homophobic stereotypes, labels, and images littered throughout the film. Interestingly, it is not this film that has garnered criticism for its racist caricatures, but Transformers: Revenge of the Fallen that was released this week.

Skids and Mudflap, twin robots disguised as compact hatchbacks, constantly brawl and bicker in rap-inspired street slang. They’re forced to acknowledge that they can’t read. One has a gold tooth.

Illiterate buffoons, not necessarily imaginative characters given the long history of such portrayals of so-called “Blackness.” We’re not the only ones who have picked up on these historical links (even recent history) as one Transformers fan renamed the twins “Jar Jar Bots”in reference to the Star Wars (1999) contentious minstrel character Jar Jar Binks.

Of course, director Michael Bay defends the characters first by reminding us that they’re robots played by “voice actors”:

“It’s done in fun,” he said. “I don’t know if it’s stereotypes… they are robots, by the way. These are the voice actors. This is kind of the direction they were taking the characters and we went with it.”

In effect, Bay is saying it is the actors—Reno Wilson, who is Black and Tom Kenny, who is White—who decided to racialize these characters, not him. This perhaps would not be so suspect had I not run across a GQ feature of comedian Aziz Ansari who shared:

“I turned down an audition for Transformers because the producers wanted a Kwik-E-Mart accent… That’s not my thing. I don’t do jokes about my uncle’s thick Indian accent and how funny it is when he orders at McDonald’s.”

Clearly, these actors are chosen for their ability (and willingness) to play such characters. We are also reminded that these characters are just robots, as if that somehow places them out of the realm of racial criticism. As Allyson Nadia Field, assistant professor at UCLA points out:

“There’s a persistent dehumanization of African-Americans throughout Hollywood that displaces issues of race onto non-human entities. It’s not about skin color or robot color. It’s about how their actions and language are coded racially.”

“If these characters weren’t animated and instead played by real black actors, “then you might have to admit that it’s racist. . . . But stick it into a robot’s mouth, and it’s just a robot, it’s OK.”

Popular culture is constantly reinventing itself under the guise of creativity and innovation. There is very little creative about even non-human characters whose only purpose serves to maintain the racial hierarchy. These images have a long past and dehumanize Black Americans in merely updated forms. Jennifer Mueller and I have written a bit about this in saying that their continued existence today are simply reformations of “such deeply rooted ideologies, rather than truly novel inventions.”

While all of this is equally disturbing, I feel it is Director Bay’s statement about the purpose and inclusion of these racist caricatures that makes my stomach turn:

“I purely did it for kids,” the director said. “Young kids love these robots, because it makes it more accessible to them.”

Get them started young, right?