In June, the Supreme Court of the United States completed its 2007 term with several significant decisions, one of which, District of Columbia et al. v. Heller (5-4), provided a landmark ruling with regard to the right of American citizens to bear arms.  Writing for the majority, Justice Antonin Scalia rejected a narrow interpretation of the Second Amendment as the right of citizens to keep and bear arms only in connection with a “well regulated militia,” as stated in the preface of the Amendment.  Instead, Justice Scalia maintained that the phrase “to keep and bear arms” means that every citizen, whether in the militia or not, could possess in their homes weapons for their personal defense, and further, that the Amendment applies to weapons, such as handguns, that did not exist when the Constitution was written.  In rendering this decision, the Court struck down as unconstitutional a law banning handguns in the District of Columbia.

Legal analysts and commentators were quick to point out that the decision was not likely to bring about dramatic changes in gun laws in most jurisdictions, particularly since the Court explicitly stated that certain restrictions were unaffected.  For example, the Court said that the Amendment only pertains to weapons in “common use” and not “unusual weapons,” such as machine guns.  Moreover, Justice Scalia qualified the 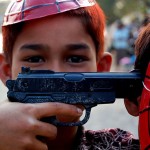 majority opinion by saying that it protected only “the right of law-abiding, responsible citizens to use arms in defense of hearth and home,” so that prohibitions on firearms possession by felons and the mentally ill were not deemed unconstitutional by this ruling, nor are laws prohibiting possession of firearms in certain places, such as schools and government buildings.  And, because the case originated in the District of Columbia, the decision affected only federal law; the Court did not explicitly address the question of if or how their interpretation of the Second Amendment applies to state and local jurisdictions (image from allamericanpatriots).

This latter question may get answered soon, since immediately following the Court’s decision in Heller a lawsuit was filed in Chicago challenging that city’s similarly restrictive gun law.  Another suit, filed in San Francisco the day after the Heller decision was handed down, challenges a law there banning handguns in public housing developments. So while legal analysts were claiming that the Heller decision is important though largely symbolic, I couldn’t help but question who gains and who is most likely to lose as a result of this decision, given the new legal challenges filed already in its wake.

I was struck, for example, by comments that the Heller ruling will most likely affect gun control laws only in major urban areas.  It is mostly municipal governments, after all, that have enacted laws like the one in DC because of the high incidence of gun violence in many urban neighborhoods. And some commentators remarked that the gun restrictions were not enforced in these neighborhoods anyway, so the Heller ruling would probably have no impact, one way or another, on gun violence there.  I came away with the sense that what was really being said is that these areas – and by extension, their residents, who happen to be disproportionately poor and people of color – are expendable: Just let them all have guns and they can shoot it out.  To me, there are strong undertones of abandoning neighborhoods perceived as “not worth saving,” areas where “law-abiding, responsible citizens” don’t live or wouldn’t go to anyway.

Perhaps I am reading too much into these comments, but I think it is worth remembering that all such decisions, by the Supreme Court and by policy makers, almost always have differential effects on different groups of people – with some benefiting and others losing – even though they are promulgated as affecting everyone equally.  There is considerable debate, for instance, as to whether gun control laws really do reduce violent crime. In fact, there are researchers who argue that potential crime victims who have guns may deter criminals.  Yet, I cannot help but think of a recent case in Houston, Texas, in which a white man, Joe Horn, shot and killed two Hispanic men, whom he saw breaking into his neighbor’s home. Horn mistakenly identified the men as “black” when he phoned a 911 dispatcher about the break-in, telling the operator he was going to shoot the men, that he was going to kill them, that he was not going to let them “get away with it.” Texas law permits the use of deadly force to protect property, and a grand jury refused to indict Horn.  But some observers questioned whether the grand jury – described as a “sea of white faces” – would have come to the same decision if Mr. Horn were black. The Supreme Court has now given citizens the right to bear arms to protect themselves and their “hearth and home,” but how will that right be implemented in practice? There has historically been a wide disparity between the written law and the law “in action,” with  the poor and people of color usually being on the losing side when it comes to how laws are applied.

Supporters of the DC handgun ban argued that it was correlated with a reduction of homicides in that city. Although some researchers dispute this finding, one may legitimately ask, who is most likely to die from a firearm homicide?  According to the Children’s Defense Fund (CDF), the answer is young black males.  Statistics compiled by the CDF show that the chance of a black male being killed by a firearm before his 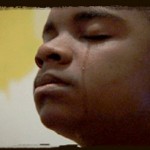 30th birthday are 1 in 72; a white male had a 1 in 344 chance.  The CDF reports that black children and teens are more likely than white children and teens to be victims of firearm homicide, and the firearm death rate for black males, 15-19 years old, is more than four times greater than the firearm death rate for white males, 15-19 years old (image from cinematical).

It is still too early to determine what impact the Heller decision will have, particularly in terms of challenges to other municipal gun control laws and death rates.  But taking legal history into account, I am not optimistic that residents of economically disadvantaged neighborhoods are going to benefit this time around either. 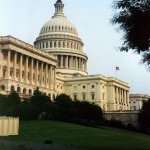