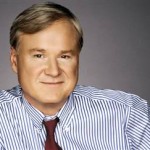 The July 5, 2008 edition of the New York Times features an article that could have come out of a time capsule.

Authorities in Waller County, near Houston, Texas, had the responsibility to deal with the remains on an unknown murdered white woman. The cadaver was found in the jurisdiction of Justice of the Peace DeWayne Charleston. Cemeteries were still segregated in the county, but Judge Charleston, who is Black, ordered that the body be buried in a Black cemetery. He explained his reasoning as follows:

“ I’ve come to understand that I am to call black funeral homes to pick up black people, white funeral homes to pick up white people . . . I didn’t want to cross that line when I was dealing with white bodies . . . But here was a case where the body was unidentified. I believed this was it, this was the opportunity for the cemeteries to be integrated without offending anyone.”

However, Judge Charleston’s efforts were thwarted. Without Judge’s Charleston knowledge, the county’s top elected official, Judge Owen Ralston, who is white, decided that the woman’s remains should be interred in a white cemetery.

Black county leaders rose in protest. However, Mayor Michael Wolfe, who is Black, defended Judge Ralston as being fair-minded. He said that people in the area knew that there were segregated cemeteries but nobody made an issue of it.