In a June 30, 2008 piece over at blackprof.com, always insightful professor Richard Delgado points up 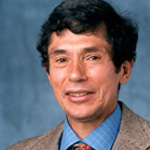 how tough it is for a person of color to work in white America. He writes of a young African American-Latino law professor, named Raul Q. Washington, IV, who took his family to the beach and on returning

Raul ran across a colleague, Professor Imelda V. Hightower, III, in the faculty lounge…. Hightower, whose ancestors came over on the Mayflower, asked Raul if he had been away for awhile, and when he explained that he had been at the beach with his family, remarked, “You look like you got a good tan.” …. Washington, whose skin is many shades darker than Hightower’s, found her remark puzzling. He wonders if it meant anything, or nothing at all. Should he have responded in kind …. let it go entirely, or given his colleague a lesson about melanin, skin tone, and evolutionary adaptation. At the edge of his consciousness he wonders whether her remark might have aimed at making him feel marginalized because of his skin color, about which he of course can do nothing, except, perhaps, stay out of the sun in the future.

Real lives are at stake when in everyday racism. Delgado makes a key point about the high energy costs of being a person of color in white-dominated worlds:

One of the tough things about being a person of color working in a largely white institution is the amount of time and energy one spends trying to decide what to confront and what to let go. The same remark from one person can be perfectly innocent. From another, it can spell trouble. Should one always challenge every ambiguous remark? Probably not. On the other hand, it makes sense to take note of who is responding to you in ways that may be racially fraught.

This Delgado story (he likes to construct stories to make sharp points, see here) reminds me of a probing interview in a research study I did. A veteran black professor who taught at a major historically white university summarized racism’s impact on a person’s energy this way:

One can view racial oppression as a vampire-like system for draining the energies of those targeted for oppression in many areas of society.

In many reports of everyday discrimination from Americans of color, we sense its energy-draining character. Just trying to fit into historically white social worlds remains highly problematical. A few years back, for example, a talented black journalist, Leanita McClain, committed suicide. She had won major journalistic awards and was the first black person on the Chicago Tribune editorial board. The reasons for her suicide are likely complex, but one factor looms large in her own accounts of her experience in the white world of large newspapers: Countering often discriminatory whites and pressures to conform. Bebe Moore Campbell (“To Be Black, Gifted, and Alone,” Savvy, December 1984), who was close to her, noted the conformity to white ways faced by black employees in mostly white workplaces: “To fit in, black women consciously choose their speech, their laughter, their walk, their mode of dress and car. They trim and straighten their hair.” In such white-dominated situations, Black Americans must often “learn to wear a mask.”