We are setting this up as an open thread on Nader’s comments. Please comment below as you see fit.

According to the Chicago Sun Times, Ralph Nader had some strong words on Senator Obama and his campaign today. Nader said:

‘‘There’s only one thing different about Barack Obama when it comes to being a Democratic presidential candidate. He’s half African-American,’’ Nader said. ‘‘Whether that will make any difference, I don’t know. I haven’t heard him have a strong crackdown on economic exploitation in the ghettos. Payday loans, predatory lending, asbestos, lead. What’s keeping him from doing that? Is it because he wants to talk white? He doesn’t want to appear like Jesse Jackson?’’

When asked if Obama does try to ‘‘talk white,’’ Nader replied, ‘‘Of course.’’ He also said that Obama doesn’t want to appear to be ‘‘another politically threatening African-American politician.’’

Obama said Nader hadn’t been paying attention because he has discussed predatory lending, housing foreclosures and similar economic issues throughout his campaign. ‘‘I think it’s a shame because if you look at his legacy in terms of consumer protections, it’s an extraordinary one. But at this point, he’s somebody who’s trying to get attention and whose campaign hasn’t gotten any traction,’’ Obama said.

What do you think?

Just a brief note on our blog. Our RacismReview blog has been successful so far on standard blog measures. The fact that this “expert” blog has been published (and very active for about ten months) for more than a year is significant. According to 2003 research by the Perseus Corporation, a majority of the 4.2 million blogs people created lasted, on average, only four months.

In terms of unique visitors (those who have ever visited) to our website, RacismReview has now had over 100,000 visitors to date, and now averages about 1,300 daily readers. We thank you all for coming, and would like to ask you for any input you would like to make, including on the question of what you would like to see more discussion of.

Thanks, Joe and Jessie 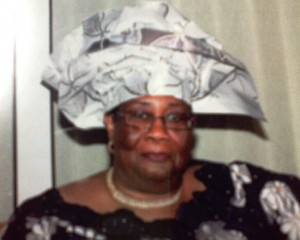 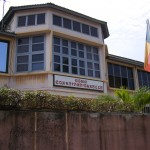