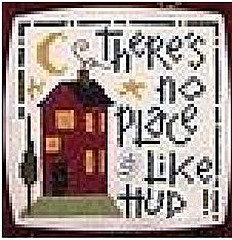 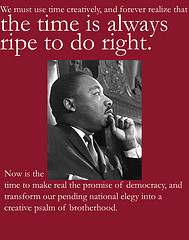 The May/June 2008 Issue of Colorlines (an excellent source for current events in the racial area!) has an interesting article by Almah LaVon Rice on the “The Rise of Street Literature,” the new Black fiction since the late 1990s. This new fictional literature is often termed “street lit,” “ghetto lit,” and “urban fiction,” and it is increasing youthful black readers dramatically. The article notes how it started in 1999 with activist Sister Souljah:

That’s when breakaway success greeted the novel The Coldest Winter Ever penned by rapper-activist Sista Souljah. Still considered to be the one of the best offerings in urban fiction, Souljah’s tale chronicles the hustling life and times of Winter Santiaga, who stole clothes and transported drugs for a living. Now considered classics, other novels from the late ‘90s include Teri Woods’s True to the Game and Vickie Stringer’s Let That Be The Reason. Both writers published their own books and sold them from the trunks of their cars after collecting numerous rejections from mainstream publishers.

According to Essence magazine’s count from African American bookstores, this type of urban fiction includes most of the best-selling paperback books there these days. There is a significant debate about the new literature, however. On the one hand,

Critics and supporters of the genre are pleased that Black youth in particular are reading. But some have mixed feelings about promoting literacy by any means necessary. “To some extent, there is an exposure to a part of urban culture that has rarely been explored in a way that it is now…which can be a starting point for civic dialogues,” offers Tracey Michae’l Lewis, who teaches writing and literature at Community College of Philadelphia and Philadelphia University. “Unfortunately, we have to ask ourselves, ‘What is this costing us?’”

And the cost includes increasing the stereotyped portraits of African Americans, especially youth, that this literature has made significant use of, as well as the new rush of commercial publishers, that is the dominant white-run publishing companies, into this new publishing arena, seeking of course the almighty dollar. African Americans, the article, suggests

appear to be reading street lit to find themselves and escape themselves at the same time. Some readers enjoy losing themselves in portrayals of preternaturally lavish lifestyles, racy sex and ride-or-die dramas of the streets, while others enjoy the genre for its reflective qualities. It’s hard to say, though, how many readers actually have a personal connection to what they are reading. Some even insist that “keeping it real,” the towering commandment of the hip-hop era, is, well, not very real. “Most folks ain’t living that life in the hood,” argues Constance Shabazz, who maintains an online bookstore. “And even those who are don’t see the glamour in it.” It brings up the question of how much entities like Simon and Schuster are implicated in shaping ideas about cultural and racial authenticity—and then selling them to the communities they supposedly come from.

Shabazz adds a critical point too that she knows excellent black authors who could not get contracts with major white-run publishers because they would not write this type of exploitative urban novel. Once again, powerful whites pick up on black creativity, then control and channel it for substantial white profits, much like they did with a good proportion of rap music. This savvy article makes further critical points that are on target, it seems:

But writing about the streets does not a street lit writer make. Classics such as Richard Wright’s Native Son and Ann Petry’s The Street are lauded as examples of nuanced, complicated treatments of Black urban life.

Beyond this quality issue, there is also the problem of accenting old themes from a white racist framing of black Americans, the one that accents black violence and violent black men, which once again white publishers love:

Ultimately, street lit arouses contention because issues of race and representation have repercussions beyond book covers. Noting the spike in Black-on-Black crime in Seattle, teen-service librarian Wadiyah Nelson declares, “So it is OK to kill off Black men on the streets, in movies, videos, music and now in books.” How does literary liberty align with racial responsibility? Do the anti-heroes of street lit have a duty to be more, well, heroic?

And the article concludes with some soul searching:

And who we are in print should be represented as prismatically as who we, in fact, are. It is a shame and an irony that expansive depictions by Black writers are censored by market forces because they contradict the racist mirage of real Blacks. . .Black folk can be highly visible and still seldom seen.

The allusion here is to Ralph Ellison’s brilliant American classic, Invisible Man. At the beginning of that famous book, the black protagonist asserts:

“I am an invisible man. No, I am not a spook like those who haunted Edgar Allan Poe; nor am I one of your Hollywood-movie ectoplasms. I am a man of substance, of flesh and bone, fiber and liquids — and I might even be said to possess a mind. I am invisible, understand, simply because people refuse to see me.”

In this still-racist system, Black men, women, and children are often not recognized for what they really are by the dominant white community. Their real bones, fiber, and minds are invisible to most whites, like the captains of the U.S. entertainment industry, who do not see them as full human beings with distinctive talents, accomplishments, virtues, and burdens. The loss from accenting old racial stereotypes is huge, including for this society in general.