[This post is by Pedro Egounleti & Yanick St Jean]

Africa is patriarchal and the republic of Benin a reflection of this system. In Benin women are often praised, not for hard work or achievements, but for their deep involvement in the performance of chores and total submissiveness to men. In Benin, married men like to have their meals cooked and clothes washed by their wives regardless of profession or social class. Few consult with their wives before making a decision about their household. Yanick St Jean who, for first time in October 2006, came to visit Benin with the Fulbright Program delivered a series of conferences to students at the University of Abomey-Calavion the topic “Black Women Empowerment.” At the end of the program, one of the assignments given to the students was to research West African intellectuals who contributed to the empowerment of women in West Africa and the world. During students’ presentations several names were mentioned including three women from Benin: Rosine Vierra SOGLO, Marie Elise GBEDO and Angelique KIDJO. All studied Law and have a political background that enabled them, to some extent, to cross traditional patriarchal boundaries in their country and help their Beninese counterparts achieve emancipation. 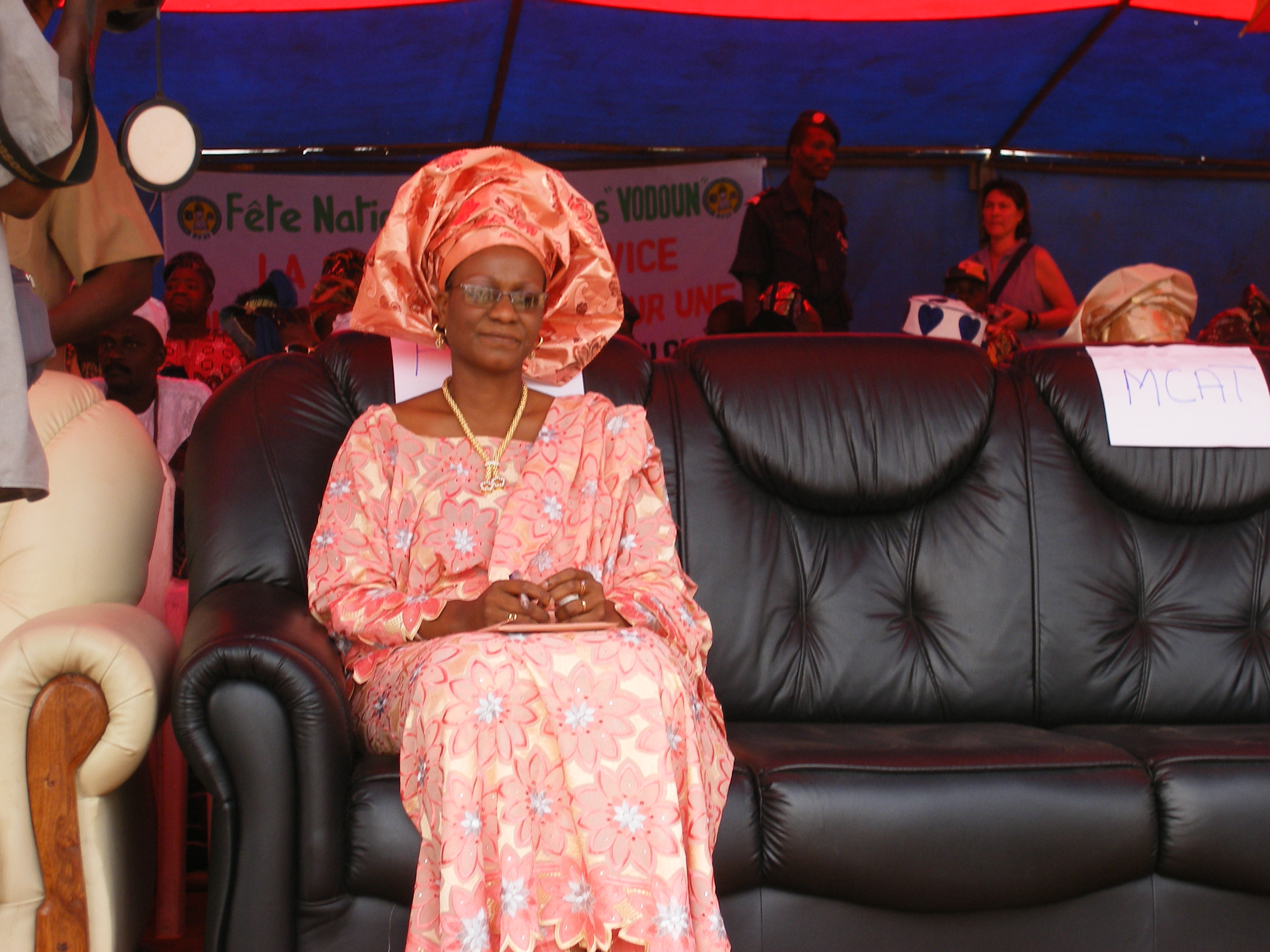 She is the leader of the most influential political party “la Renaissance du Bénin” with the largest number of female parliamentarians during the legislative elections of 1996. In 2002, Rosine Vierra SOGLO introduced an amendment to the Family Code modified in 2004. According to the new Family Code women are allowed, for the first time, to inherit their parents’ estate. Moreover, widows are no longer obliged to marry their late husband son or brother. Most of all, polygamy has become illegal, and women should be consulted by their spouse before any decision concerning their family is made (see here). Rosine Vierra SOGLO has been supporting girls’ primary education and lending money to poor women in rural areas through her Non Governmental Organization (NGO) VIDOLE (children have benefits). The achievements of Rosine Vierra SOGLO have inspired many sub-Sahara parliamentarians who succeeded in modifying the Family Code of their countries such as neighbouring Togo, Niger, and Mali. 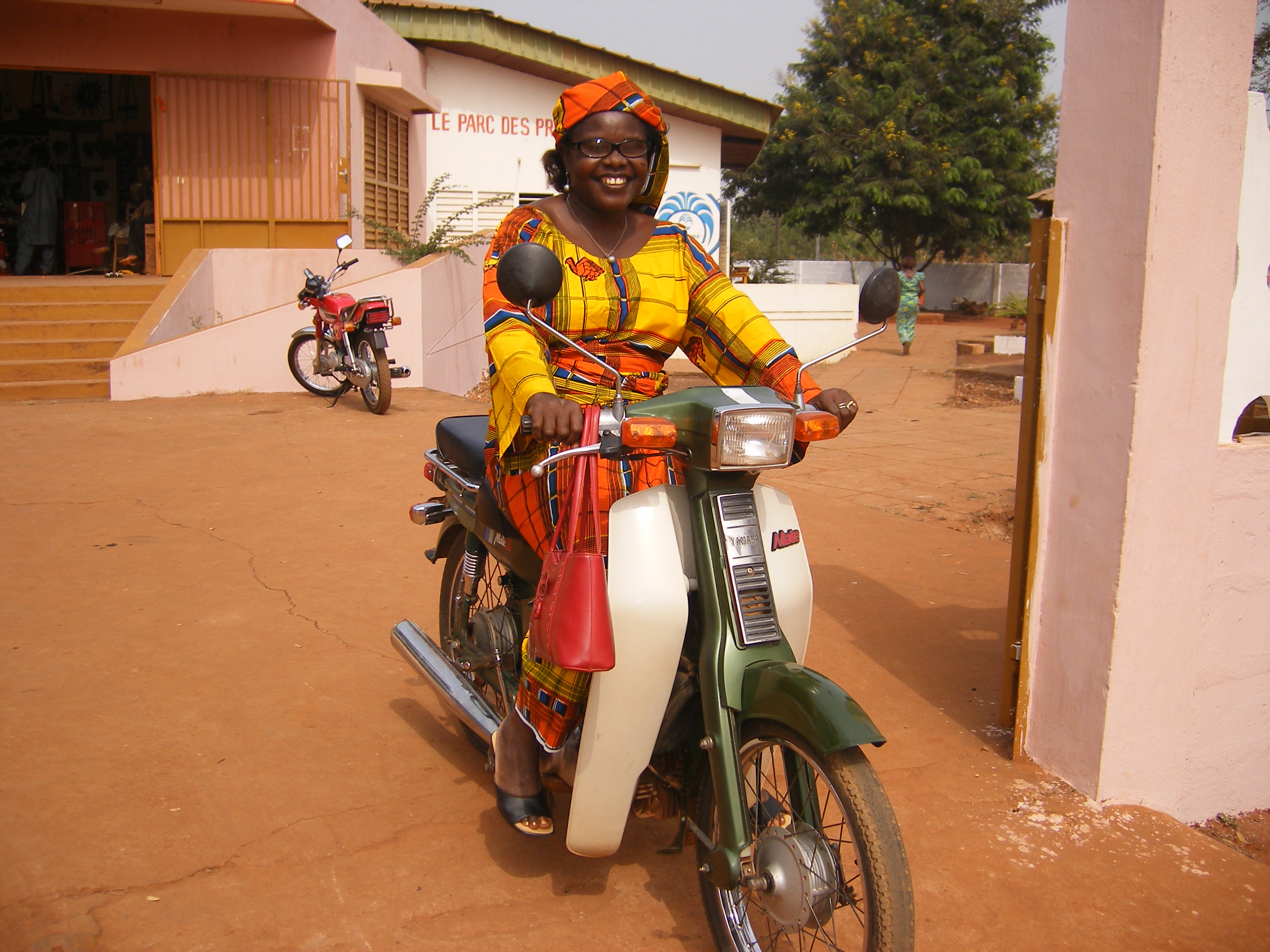 Marie Elise GBEDO graduated from Law School in 1984. She is the first African women candidate for presidential elections (2001 and 2006). Appointed Minister of Commerce and Tourism in 1998, GBEDO became chairperson of the first commission of the world Tourism Organization for Africa in 1999. As the vice president of Beninese women lawyers Association, she joined hands with other women intellectuals to fight genital mutilation and other abuses directed to women. Daily in her office in Cotonou, she welcomes women victims of rape and all sorts of abuses. She offers them legal services free of charge. GBEDO resigned from President Mathieu Kerekou’s government in 2000 after being accused of too much transparency over certain political and economic issues (See “Le Matinal” N°153). In “the Amazone Candidate”, a film about African politics translated in two local languages (Fongbe and Mina), GBEDO openly criticized political corruption, injustice, poor governance and set herself against different forms of oppression and exploitation of which women are victims. At the end of the film GBEDO suggests a peaceful solution for women empowerment in Benin – hard work and democracy.

The famous singer Angelique KIDJO nicknamed “the hope of Africa” uses her songs to emphasize the qualities of Black women. Through her hits, she denounces the stumbling blocks to Africa’s development as well as traditional beliefs, in her view, maintain African women in poverty and ignorance. KIDJO who has more than ninety titles recorded many songs for movies. She is a UNICEF Goodwill Ambassador since 2002 and, as such, set up the Batonga foundation which gives girls a secondary as well as higher education. The goal is to train leaders who can change Africa. KIDJO received numerous awards: Octave RFI, 1992; Prix d’Afrique en création; Danish Music Awards for the best African female artist, 1997; Mobo Awards, 2002; NAACP Image Awards for Outstanding world Music Album, 2008; Grammy Award for best Contemporary World Music Album 2008.

Rosine Vierra SOGLO, Marie Elise GBEDO and Angelique KIDJO, three Beninese intellectuals have not only overcome traditional barriers reinforced by institutional structures that keep women in shackles of poverty and illiteracy, but also succeeded in freeing other women from abuses and exploitation in their community. These intellectual endeavours have led to significant changes in governmental decision regarding free primary education for girls, and the inclusion of women in government and other institutions. However, the battle for women empowerment is just beginning.