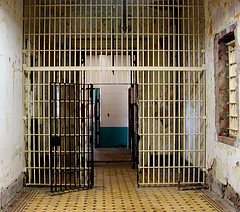 Glenn Beck, color-blind conservative media darling of the “Right,” has a new issue to add to his national ranting and ravings—United Nations investigations. More specifically, in a press release, which states:

The United Nations Special Rapporteur on contemporary forms of racism, racial discrimination, xenophobia and related intolerance, Mr. Doudou Diène, will undertake a country visit to the United States of America from 19 May to 6 June 2008 at the invitation of the U.S. Government.

In terms of Glenn Beck, on his May 20, 2008 television show, he made light of the issue of institutional racism within the United States. He went as far as saying, after behaving like a pre-pubescent boy in terms of “making fun” of Mr. Diene’s first name, that he should visit Oprah Winfrey, Collin Powell, Condoleezza Rice, the new Black Governor of New York (David Paterson), and other Black actors in Hollywood. It is apparent that these people symbolize to Beck that racism is no longer a factor within this country. (photo credit)

Like other misguided color-blinded racists who are entitled by the White Power Structure within this country, Mr. Beck refuses to see examples of institutional racism within education (for example, “The Impact of the Law on African American Males,” by Preston Green, III, American Behavioral Scientist, Vol. 51, 872-884; or T. Fitzgerald, T. (2006). “Control, Punish, & Conquer: U.S. Public School Historical Attempts to Control Black Males,” Challenge: A Journal of Research on African-American Men, 12(1), 39-54; Muktha, Jost., Edward L. Whittfield, & Mark Jost (2005). “When the Rules are Fair, But the Game Isn’t,” Multicultural Education, 13, 14-21), the criminal justice system (for example, Edelman, Marian W. (2007). “On Losing Our Children in America’s Cradle to Prison Pipeline,” In The State of Black America 2007: Portrait of the Black Male, pp.219-227. NewYork: National Urban League), US housing, and etc.

Apparently, Mr. Beck is not alone in thinking that this investigation is not an important undertaking, for this initiative has not been discussed by the New York Times, Chicago Tribune, and other large newspaper distributions.

So, it looks like the server crash cost us about a week’s worth of posts. I’m going to use the magic of the cache to restore some of these older posts, so if you had a favorite bit of content in the last week or so, it should auto-magically reappear in the next day or so. In the meantime, we’ll also be loading new content from me, Joe and a few new contributors. Stay tuned and thanks for reading here.

Sorry, dear readers, that we have been offline since Sunday, 5/18. There was a server outage with our web host and this was completely beyond our control. We apologize and are taking steps now to mirror the site elsewhere so that this doesn’t happen again.