The BBC reports on the sentences just handed down in the stabbing death of a young man of mixed race, Marlon Moran 21, in south Liverpool (UK). The stabbing took place in May (2007). According to the BBC, Daniel Masher, 18, of Byron Street in Garston, was cleared of murder but found guilty of manslaughter and given an indeterminate sentence. Three other teenagers were cleared of murder at Liverpool Crown Court. There are a few noteworthy items in this story to me, looking at this report from another culture and across a huge bit of geographic distance and through the lens of critical race theory. First, it’s interesting to note the relatively light sentences handed down. Remarkable given that in our country we’re busy handing out life sentences to juveniles.

The other thing that I wanted to remark on is the “visual.” 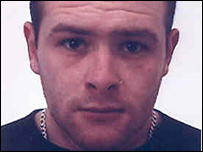 If you check the photo of Michael Moran, who is described as “mixed race,” but to my American-eye, he appears to be “white.” So, is race “visible”? It was certainly “visible” enough to get this young man killed, according to the BBC report. There was in relatively recent U.S. history when immigrant groups we sometimes refer to as “white ethnics” (e.g., Irish, Italians, Jews) were regarded as “non-white.” What transpired over in that cultural transformation? Did people’s appearance change? Or, did the way the rest of society regard their appearance change? What is “visual” about ‘race’ and ‘racism’? Is it what we see, or how we look at those we regard as ‘other’?

A judge in Hagerstown, MD. has been reprimanded for calling three black female lawyers “the Supremes” in court and advising the defendant to get “an experienced male attorney.” At least he apologized. That makes it all better.