With football and the fall season—which is always tough for Native folks because of the U.S.’s insistence on honoring Columbus, the awful Pocahontas Halloween costumes, and the ever-present Thanksgiving mythology of the goodness of the pilgrims and the simple-mindedness of Indigenous people—fast approaching us, I must make a request publicly. I’ve struggled over this decision, knowing many of you might judge me and say “this type of thing just isn’t done” or “that’s not how things are done around here.” I also understand my statement will have both social and political consequences for me.

The request: Think of the worst word any person could call you, whether regarding your racial, ethnic, or national heritage, your gender or sexuality, or your religion, or any other identity that you hold dear. Now, imagine hearing that word used daily all around you. Imagine seeing distorted, ugly images of that word everywhere you go. Imagine that you can’t turn on the TV, go shopping, watch movies, or even read a book without hearing or seeing what this terrible word implies because it’s that pervasive in the public discourse. Now imagine people telling you to “get over it” and that you’re being “too sensitive” when you protest its usage.

I’m a member of the Muscogee (Creek) Nation. I don’t say that to produce eye-rolling (just as I wouldn’t roll my eyes at your heritage). I want you to understand this is more than a social justice issue. It’s very, very personal. The 90 to 95% of the population of Indigenous folk who died after the arrival of the Europeans and the mere 1 percent of the current U.S. population that remains (which includes me) deserves better than to have racialized, pejorative terms spoken about or around them/me—even if others believe it’s still socially acceptable. 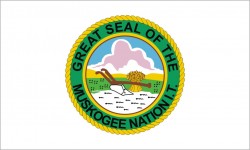 Specifically, I’m referring to these terms: redskins, skins, chief(s), braves, red Indian, injun. More broadly, I’m speaking about terms used in ways that do disservice to different Native Nations: tipi, wigwam, squaw (which means whore or c**t to many tribes), tomahawk, etc. You get the drift. If you research a topic with these words, by all means, use them, but please contextualize the terms.

Many of you may not know how offensive these particular words and others are to Indigenous people. Then again, some just don’t care. Whichever the case, this is an official notice that I consider the term “redskin(s)” a racist term. I’m not calling you a racist just because you use that term. But I am saying if you continue using it after knowing what it means, then you are choosing to consciously participate in the maintenance of white privilege and systemic racism.

I’m not being overly sensitive (which is often the claim of the dominant and those who have internalized the narrative of the dominant), and it doesn’t matter if you know one or more “Native” people who don’t find it to be a bad term (that’s called internalized oppression or racism).

Better yet, join us in our fight against racist mascots, name brands, products, entertainers using sacred headdresses as costumes, and other harmful stereotypical practices. Help us change the public discourse about Native peoples. Support us in our efforts to speak truth to power and bring about social change. We’ll support you, too!

Here’s some text from Cheryl Head’s blog that conveys this issue concisely.

“There is some debate about where the name “Redskins” came from. To my mind, its origins don’t matter … Native American activists have engaged in a 13-year legal battle to get rid of the offensive name. These activists claim the name is disparaging and violates a federal trademark law. Three trademark judges agreed (1999); but were overturned by a federal district court judge (2003); and an appeal (Harjo, et. al vs. Pro Football, Inc.) was denied by the U.S. Supreme Court in 2009. These activists posit the R-word is on par with the use of the N-word. I’m African American and offended by the latter so if my Indian brothers and sisters say the R-word has deeply disparaging connotations for their people, I believe them and support their efforts to discontinue the use of this name.”

Remember, the Supreme Court also ruled that there was such a thing as “separate but equal.” And less than 100 years ago, women could not vote.

In closing, socially acceptable doesn’t mean ethical, decent, or right. Slavery, lynching, and the right to refuse service to people of color used to be socially acceptable. Social acceptance cannot be the benchmark for social justice. History bears out its incompetence. We’re a long way from social parity, but we can do our part by respecting each other.

~ Dwanna L. Robertson is a citizen of the Muscogee (Creek) Nation, a PhD candidate at the University of Massachusetts, Amherst, a writer for Indian Country Today Media Network, and a public sociologist. This post originally appeared  here.