Just days ago PolicyMic put up a piece entitled “National Geographic Concludes What Americans Will Look Like in 2050, and It’s Beautiful.” In it writer Zak Cheney-Rice attempts to address the so-called rise of multiracial peoples which has captured/enchanted the public eye and with which the media has become deeply enamored. He spotlights a retrospective and admiring look at National Geographic’s “The Changing Face of America” project of last year featuring a series of multiracial portraits by well-known German photographer Martin Schoeller, and also peripherally cites some statistics/graphs that demonstrate the explosion of the mixed-race population. 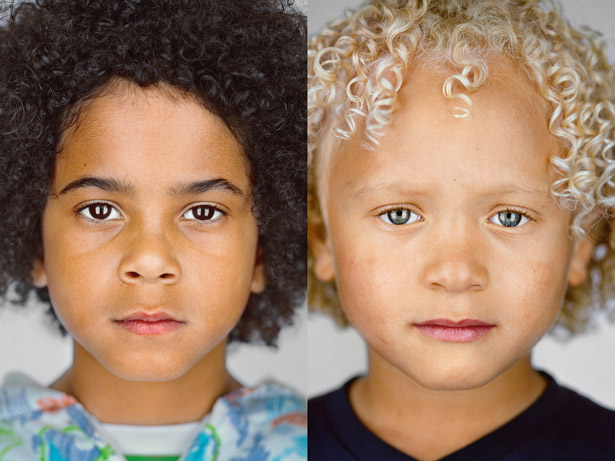 “In a matter of years,” Cheney-Rice writes, “We’ll have Tindered, OKCupid-ed and otherwise sexed ourselves into one giant amalgamated mega-race.” Despite admitting racial inequity persists, he still flirts with the idea of an “end” approaching (presumably to race and by association racism), and suggests while we’re waiting for things to get better, we might “…applaud these growing rates of intermixing for what they are: An encouraging symbol of a rapidly changing America. 2050 remains decades away, but if these images are any preview, it’s definitely a year worth waiting for.” We are then perhaps left with this rather unfortunate centerpiece of his statement, “Here’s how the ‘average American’ will look by the year 2050”: 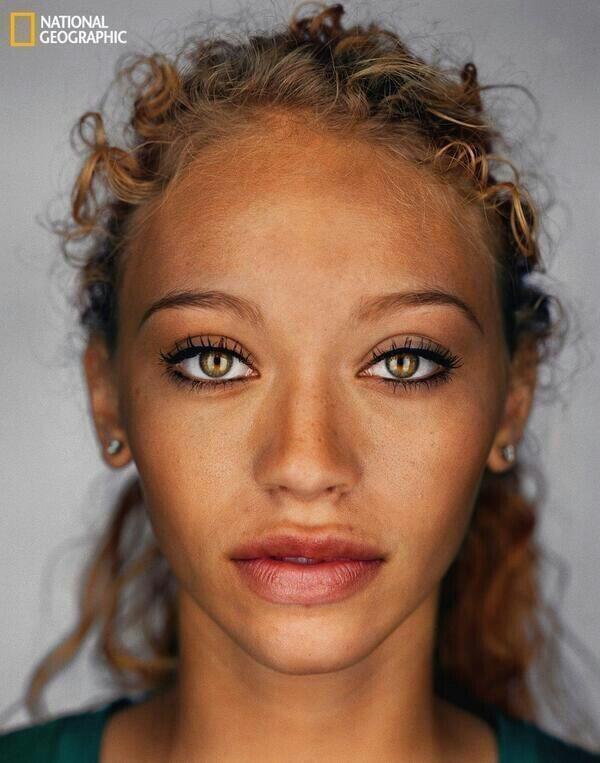 Not surprisingly, the Net erupted in controversy/debate; some standing by and championing the purported beauty of race-mixing as hope for a post-race future; many others pointing out the absurdity of a multiracial=postracial equation, angrily accusing the article of privileging light-skinned mixes thereby centering whiteness and upholding an age-old white dominant race hierarchy. NPR blogger Gene Demby @GeeDee215 tweeted, “Dunno what to do with the fact that the idea we’ll screw racism out of existence is considered a serious position.” A day later Jia Tolentino wrote a rebuttal on the hairpin in which she calls the piece “dumb,” “shallow,” “shortcut-minded,” and charges it with appearing “researched and progressive while actually eliding all of the underlying structural concerns that will always influence what race (and attendant opportunity) means in America far more than the distracting visual pleasure of a girl that looks like Rashida Jones.” She too also unfortunately comes to rest again on this particular portrait, “Look at this freckled, green-eyed future. Look at how beautiful it is to see everything diluted that we used to hate”:

I have been thinking a lot about this face which, thanks to National Geographic and PolicyMic, is now flying around the World Wide Web and has become the stage for much heated race-arguing. What is particularly striking to me, and what I have written on before, is that this person is an actual living, breathing human being — but she is not being treated as such. She is being wielded as a tool, a device, maybe even a weapon? Her physical body is used as a site for others to play out their racial theorizing while her own voice and story remain conspicuously absent.

What I think is incredibly important here (and doesn’t seem to have come up in the ensuing disputes) is why portraits designed to quantify/quality racialized appearance were taken with such intent in the first place? Photography which captures a person’s image for the sole and express purpose of measuring then discussing their supposed race is not new and frankly, like pretty much everything race-related, has a long and insidious history. It’s known as racial-type photography and it was popularized in the late 19th century by white pseudo-scientists to “prove” the superiority of some races, and the inferiority of others. Anthropologists used photography to make anatomical comparisons, then racially classify and rank human subjects on an evolutionary scale “seeming to confirm that some peoples were less evolved than others and would therefore benefit from imperial control” (Picture Imperfect: Photography and Eugenics, 1879-1940 by Anne Maxwell, p.21). One of first scientists to use photography to record the anatomy of different races was Swiss-born zoologist and anthropologist Louis Agassiz who lived in America and in 1865 was the nation’s most celebrated naturalist. Agassiz, along with the help of portrait photographer Thomas Zealy, produced some of the earliest racial-type photographs of African slaves to appear in the US. He “wanted to see if the distinct traits of African-born slaves survived in American-born offspring. This would prove his theory that environmental factors wrought very few changes to the type, which by and large remained stable over time.” He staked his whole scientific career on the belief that the different races were created separately by God and in accordance with a divine, preordained plan (Maxwell, pp.23-24): 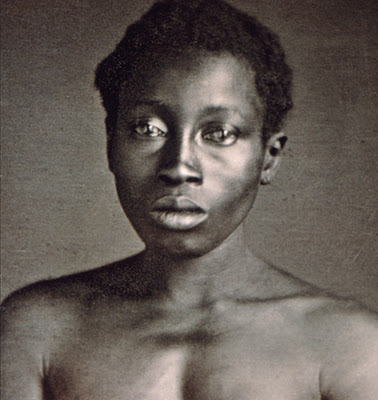 Other influential examples of racial-type photography include: those produced by “British anthropologists Thomas Henry Huxley and John Lanprey [who] developed guidelines for the anthropometrical photographing of native subjects” (Maxell, p.29), those produced in 1871 Germany by the Berlin Society for Anthropology, Ethnology and Prehistory which “set out to assemble anthropological images from around the world, with the eventual purpose of disseminating these to scientific institutions in Germany and Britain” (Maxwell, p.39), and those by Australian photographer Paul Foelsche, “among the best examples of photographs of colonized peoples taken under oppressive conditions” (Maxwell, p.35): 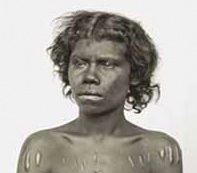 Of course the overt, blatant racism in this older practice of racial-type photography would not be acceptable today. But has the practice of “photographing race” then gone away completely? Has our need to scan and declare the racial appearance of others for the purpose of valuation diminished? Apparently not. We’ve now got National Geographic’s 2013 endeavor (photographed by a white man through a racialized lens no less). We also have Time Magazine’s infamous 1993 cover “The New Face of America: How Immigrants Are Shaping the World’s First Multicultural Society” which was the computer generated face of a mixed-race woman created by merging people from various racial/ethnic backgrounds and who I have read her creators subsequently sort of fell in love with Pygmalion-style:

And we have Kip Fulbeck’s 2001 photo project of over 1200 volunteer subjects who self-identified as “Hapa” meant to promote awareness, recognition and give voice to the millions of multiracial/multiethnic individuals of Asian and Pacific Islander descent. Though Kip Fulbeck is aware of racial-type photographic history and acknowledges/challenges it in his book Half Asian 100% Hapa some feel his attempt to stand old forms on their heads, doesn’t work. He himself is a person of mixed-race Asian descent and certainly being a person of color behind the camera lends credence to the idea of reclamation and redefinition. Nevertheless at the end of the day, we are still left with a collection of photographs meant to capture race in some formation.

Apparently now we are comfortable shifting the practice of race-scanning and many of its same foundational values onto the ambiguous appearance of “different” looking people. Racism is incredibly adaptive and morphs to fit the times. I suggest that while modern race-photography believes itself to be celebrating the dismantling of race, it may actually be fooling us (and itself) with a fantastically complicated show of smoke and mirrors. What a critical mixed race view can offer at this juncture is something so crucial. We need to continually challenge and examine our desire to racially file people. We need to lift our eyes from the ground and take off the rose-colored glasses. We need to put away the headphones, turn off the music and turn on our ears. We need to make much, MUCH more space for something ultimately pretty simple — the stories of actual people themselves which in the end, will paint the real picture. 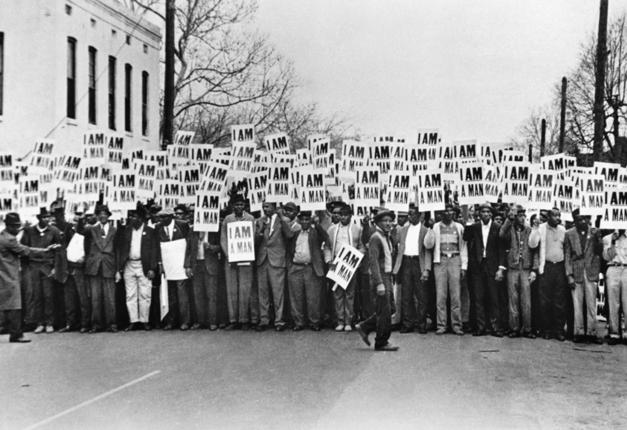