Hillary Rodham Clinton is the presumptive Democratic nominee for President of the United States. This achievement is being heralded as a victory because she has broken the glass ceiling for all women. But her victory is really a win for white feminism. 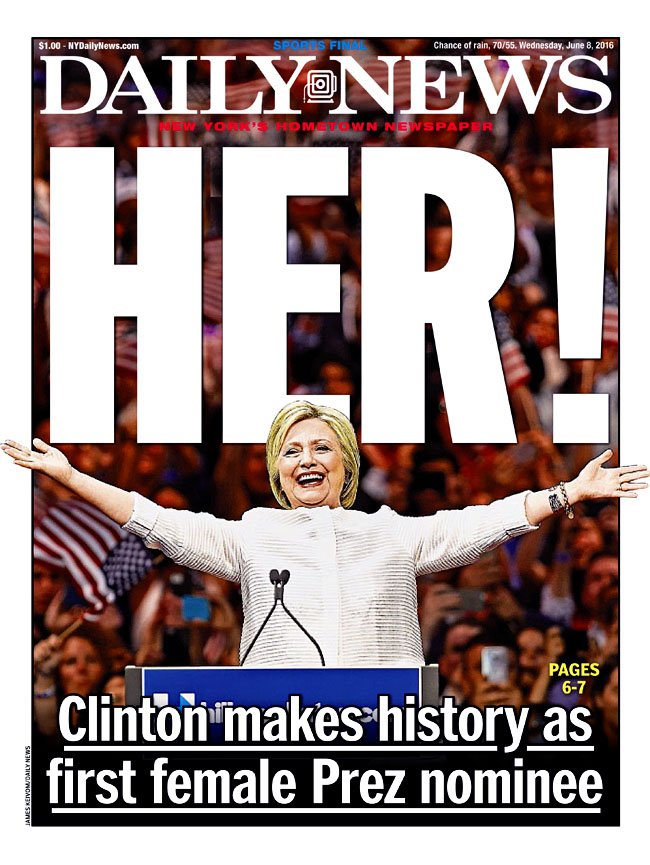 Clinton’s campaign is a boon to white feminists who want to see themselves represented in the highest office in the US and want to read into that a symbol of progress for all women, but what has gone mostly unacknowledged is that the group who benefits most from her candidacy is white women. It is white women who will benefit most from a Clinton presidency.

Indeed, if her inner circle of 2016 campaign advisors is any indication of who she will appoint once in office, it is mostly white men, a few white women, and one or two women of color that she will bring with her.

Some people on the left have critiqued her corporate-themed version of feminism, including just some of this run-down on Clinton’s résumé to date (which I mentioned when she announced):

As author Naomi Klein noted last night on Twitter, Hillary Clinton is a plutocrat and there’s little joy in her victory for those who are critical of the damaging elite interests she represents.

Bull. Not under the plutocracy u represent. As a feminist, I should feel a thrill right now. I grieve that I don't. https://t.co/uz0y08mbbi

Now, before the “but-she’s-better-than-Trump” crowd comes through, let me explain something. This is the cover that the NY Daily News was going to run today, instead of the one above: 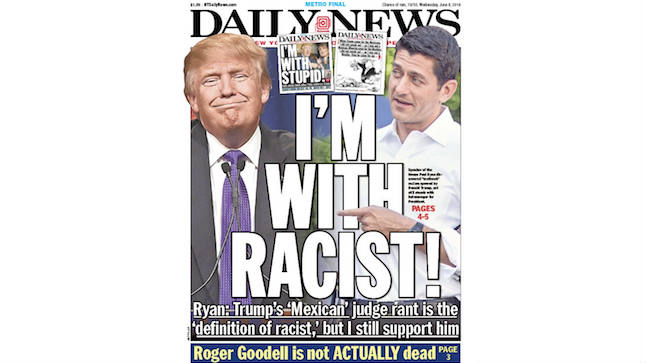 And, indeed, the presumptive nominee for the Republican party is an overt, vulgar racist who is appealing to disturblingly wide swaths of the American populace. But note how whiteness operates here: the overt racism of Trump is upstaged by the white feminism of Hillary, in NY Daily News covers and in headlines throughout the news cycle, and we’re all expected to cheer. In large measure, it’s Trump’s style that so many on the right are drawn to and so many on the left are put off by. When was the last time you heard “vulgar” as a term discussed by the mainstream press?)

Here in the US, we prefer our racism to be less vulgar, hidden in the passive voice of public policy, and administered politely by a white woman.

Hillary Clinton’s nomination as the democratic party candidate represents is a victory for white women and a particular kind of white feminism that universalizes white women’s experience. If that’s what you’re celebrating, then have the clarity to acknowledge that. If you’re voting for Hillary, then acknowledge that you’re voting for her hawkish war record, her Wal-Mart board membership, her dumping people off of welfare rolls, her fondness for incarceration as a solution to social problems she helped create, her war on drugs. Just don’t ask me to celebrate – or vote – with you. This is the worst of all possible worlds, and the choice between Trump’s vulgar, overt racism and Clinton’s polite, public policy racism is no choice at all.