The good folks at Contexts asked me to an interview for their podcast series a few weeks back about my new book, Cyber Racism, and now it’s available online, here.  The description from their website about the podcast:

Cyber Racism is about white supremacist groups online, and Daniels tells us how white supremacy online is important for how we think about education, free speech and multiculturalism.

If you’ve missed any of the discussion I (or Joe) have posted here about cyber racism, this provides a good introduction.  There’s a little bit at the end about the work Joe and I do here on the blog.  One small correction, the scholar I refer to in the piece who developed the phrase “translocal whiteness” is Les Back (I mangled his name).

There’s a lot of talk about how McCain’s running mate, Sarah Palin, is energizing conservative voters, but the real “base” that she energizes is white women

photo credit: GrodsCorp ). And, it’s very likely that white women will be the ones to decide this election.   While many news analysts continue to adhere to the facile equation of race versus gender (rather than race and gender), and interpret white women’s embrace of Palin as a symbol of “true womanhood,” even feminism, what such analyses leave out is the racism of white women.  The racism of white women like Sarah Palin herself.   Writing at the LA Progressive, Charley James reports that Alaskan citizens who know Palin well say she is “racist, sexist, vindictive, and mean.” According to a James’ interview with a local resident who served Palin breakfast shortly after an Obama victory over Hilary Rodham Clinton, Palin said:

“So Sambo beat the bitch!”

Charming.   Yet, as Adia so deftly pointed out here, because Palin and the McCain campaign are hiding behind protestations of “sexism in the media” Palin isn’t subjected to any hard-hitting questions about this statement, or any of her views on race, racism, or racial inequality (or anything else, for that matter).   That’s a wise move from the campaign’s perspective, because I don’t think it would be long before this sort of invective would escape Palin’s lips.   Even setting aside Palin’s overt racism (as some will inevitably call it an “aberration” and/or deny that she ever said it), her rhetoric of being a “hockey mom” and a “pitbull with lipstick,” is a rhetorical – and political – strategy that excludes women of color from the conversation.  As  Maegan la Mala eloquently writes as Vivir Latino (hat tip to Maria Niles):

Palin positions herself as continuing Clinton’s struggle, as continuing the struggle set forth by Geraldine Ferraro, the first woman to run as a vice-presidential candidate. Let’s not forget that Ferraro called Obama “lucky” for being black. Is Palin then lucky for having five children, like my abuela did before being forcibly sterilized? You wanna talk about Palin’s uterus or the uterus of her daughter? I want to talk about my abuela’s uterus, how it’s power was deemed dangerous because of it’s power to bear brown Spanish speaking babies, my uterus and it’s abortions, miscarriages, and pregnancies, violations upon it, the uterus of an immigrant woman being viewed as a weapon in a culture war and the need to put those immigrant women in chains as they push babies from them and the need the U.S. government has to separate mamis and babies and deport and dispose.

My uterus and my head is tired.

Unfortunately, this is a lesson that white liberal feminists fail to get over centuries of opportunities to learn this lesson: there is nothing incompatible about racism and white feminism.   In fact, they go together quite seamlessly.   Will racism pick the next president? You betcha.  And it’ll be the racism of white women leading the way.

Over at Slate, Jacob Weisberg, raises some important points about the racial implications of Senator Obama’s campaign, especially why he might lose and what the impact might be. The latter question is one rarely discussed in the mass media so 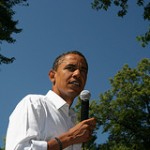 Weisberg reiterates a point we have made with social science data on whites’ racist thinking on this site before:

To some white voters (14 percent in the CBS/New York Times poll), Obama is someone who, as president, would favor blacks over whites. Or he is an “elitist” who cannot understand ordinary (read: white) people because he isn’t one of them.

Then he discusses overt white-racist stuff that gets very little critical attention in the media or from politicians:

In May, Pat Buchanan, who writes books about the European-Americans losing control of their country, ranted on MSNBC in defense of white West Virginians voting on the basis of racial solidarity. The No. 1 best-seller in America, Obama Nation by Jerome R. Corsi, Ph.D., leeringly notes that Obama’s white mother always preferred that her “mate” be “a man of color.” John McCain has yet to get around to denouncing this vile book.

Why don’t these pundits get the critical attention they deserve. Clearly, the media’s own racism seems to handicap them in an honest and critical examination of the racist ideas of such pundits.

In my view, in this country now we need to end this sweeping racism under the rug. We need a huge and candid public discussion of white racism, its great and continuing toxic reality, and of our need for anti-racist action on a large scale. And we need that large scale organizing for that anti-racist action now if we are to see a Black man as president.

Weisberg closes with some rather insightful discussion of the positive effects of an Obama victory, but then asks out loud about the impacts of his losing:

If Obama loses, our children will grow up thinking of equal opportunity as 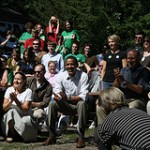 a myth. His defeat would say that when handed a perfect opportunity to put the worst part of our history behind us, we chose not to. In this event, the world’s judgment will be severe and inescapable: The United States had its day but, in the end, couldn’t put its own self-interest ahead of its crazy irrationality over race.

I am inclined to agree with all but the “crazy irrationality” part. Systemic racism is about material inequality, white power and privilege, and a strong white racial framing to protect white interests, now over nearly four centuries, and not about some wild-racist irrationality.

What do you think of Weisberg’s comments? 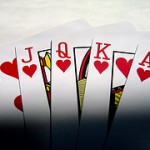 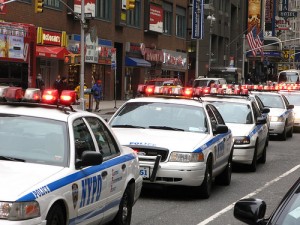