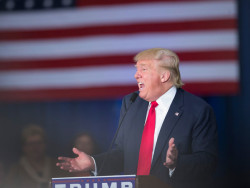 Recent news reports from Italy contain reports about “race riots,” but in fact, this is a misnomer.  A more accurate term would be “white mob action.” In this case, against African immigrants in Italy.    According to one report, Italian authorities moved more than 1,000 people, mostly temporary workers from sub-Saharan Africa to immigrant centers around Italy in an operation that lasted from Saturday through to the early hours of Sunday.

The clashes started on Thursday, when a gang of white youths in a car fired air rifles at a group of African immigrants returning from work on farms. The attack set off a night of rioting by dozens of Africans, who smashed car windows with steel bars and stones and set cars and rubbish bins on fire. That in turn sparked more attacks from residents determined to drive the immigrants out of the area.

The Italian context is obviously very different from the U.S., but there are also some similarities in which this form of intolerance is manifest.  In Italy, approximately 8,000 undocumented immigrants work in Calabria, most of them working as day laborers picking fruit and vegetables.   This is very similar to the position of Mexican undocumented workers in the U.S. who labor in the same kinds of agricultural jobs and endure a not dissimilar form of intolerance here.

The rhetoric from right-wing politicians in Italy seems akin to that espoused in the U.S. as well.  Roberto Calderoli, a minister from the same far-right Northern League party as interior minister Maroni, said with unemployment at 18 per cent in the south of Italy, “work should go to the Italians… not to illegal immigrants.”

Of course, I’m sure there are important differences between the U.S. and Italian contexts, and I look forward to reading the dissertation about that at some future date.

What I want to get back to, though, is the rather striking (at least, to me)  use of the term “race riot,”  in many of the news reports about these incidents.    This term seems to suggest that there was some sort of equal fight between two groups.  In fact, this was clearly white-led, mob action directed toward (black) African immigrants.   The use of the term “race riot” is a case in which the term obscures more than it explains or accurately describes.

This is not the first time that the term “race riot” has been used to blur the culpability of white-led mob action.   Over the weekend, I visited the New York Historical Society to see their “Lincoln” exhibit, which included an extensive exploration of the events in New York City known as “The Draft Riots.”  (Disappointingly, the NYHistorical Society has a crappy website, so I’ll link to some better resources.)  What I was reminded of, seeing that exhibit, is that the “Draft Riots” were in fact, white-led mob action, much like what’s happening now in Italy.   Here’s some information about what actually went on during the Draft Riots:

By analyzing who and what the rioters targeted for attack during the riot we can begin to understand the complicated social, economic, and political conflicts that divided New York City’s citizens in July 1863. The city’s black citizens were perhaps the most obvious and visible targets of the rioters’ wrath. By the end of the first day of rioting, It was not safe for African Americans to appear in public. Rioters beat individual black citizens and, in several instances, brutally murdered and mutilated. African-American men. Black New Yorkers weren’t even safe inside their homes as roaming bands of rioters attacked black neighborhoods. Not only were African Americans in danger; rioters also attacked white New Yorkers who provided shelter for endangered African Americans, sacking and burning the homes of white sympathizers.

This is not a “race riot.”  It’s a mob action, led by whites, intended to terrorize blacks.  This was true in the U.S. in the 1860s (and for decades following), and it appears to be happening in Italy today.   Let’s call it what it is, shall we?