The usually savvy Frank Rich, a columnist at the New York Times, needs to get a new fact checker, for he really got it wrong in his May 11, 2008 column (NYT photo credit).

His column first chides Senator Clinton and critiques Senator McCain, while praising Senator Obama for his wisdom in running in 2008 and for relying on and generating many new voters, especially the young specific-called “millennials.” Here is the lulu of an error in an otherwise interesting rant:

Guess what: there are racists in America and, yes, the occasional rubes (even among Obama voters). . . . But there are many more white working-class voters, both Clinton and Obama supporters, who prefer Democratic policies after seven years of G.O.P. failure. And there is little evidence to suggest that there are enough racists of any class in America, let alone in swing states, to determine the results come fall.

Actually, there is a ton of evidence of “enough racist” thinkers, enough evidence to suggest that a majority of whites still think aggressively out of the white racist framing of African Americans and others of color. Rich might look here and here and here , for starters. Then he might check the many studies reported by Harvard University’s Project Implicit or the studies we have cited here on the still-common linking together by whites of African Americans with ape-like imagery (see the previous blogs on using Curious George to mock Obama, for example). And then there is the voting data showing that Senator Obama has gotten just 41 percent of the moderate and liberal white voters so far in the 29 Democratic Party primaries and caucuses for which there is exit poll data. And significantly less than that in West Virginia yesterday. And we could go on and on with such substantial data.

Every man has reminiscences which he would not tell to everyone but only his friends. He has other matters in his mind which he would not reveal even to his friends, but only to himself, and that in secret. But there are other things which a man is afraid to tell even to himself, and every decent man has a number of such things stored away in his mind.

These everyday mechanisms suggest the ways in which whites’ (and others’) racist views are often held these days. As various researchers have shown, they are often only revealed to friends or relatives backstage. Or sometimes only in the secrecy of the voting booth. And often without the old racist views passing through the conscious mind. On this matter of high levels of backstage and implicit racism, as well as frontstage racism, there is much evidence. 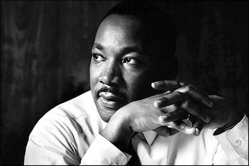