The Obama administration just submitted their amicus brief in regard to the Fisher v. University of Texas (Austin) affirmative action case, which our substantially conservative Supreme Court has decided to hear in the fall.

The brief is indeed fairly brief and mostly sticks to fairly narrow affirmative action arguments based largely in the language and logic of the University of Michigan Grutter v. Bollinger (2003) Supreme Court decision and a few related decisions, such as by arguing that the University of Texas (UT) remedial admissions plan tried unsuccessfully other admissions approaches first, only uses “race” as one variable among several “diversity” variables, is limited in time (reviewed every five years), and has had a modest but good effect in improving UT campus diversity. The brief lays out these conditions and the Grutter perspective allowing “race” as on variable among many pretty well, as a historically rather mainstream and white-centrist position on these university affirmative action issues.

The central arguments, and main rationale, of this brief use common but tepid “diversity” language and cite various important legal cases and agency/research studies (see here for one other study) to back up the argument that diversity helps (especially white, but they don’t use the word in that context) people adjust to and work with (including in the military and business) people who are different from them. The brief is generally cast in that more modest “diversity is important to student careers and success in the ‘real world'” rationale for adding some (modest, actually) “race” diversity to the student body.

What is not here in the rather timid Obama administration brief is rather striking. The brief never uses the word “racism,” nor does it directly reference the fact that UT was for many decades a prominent Jim-Crowed university. It still was firmly segregated, like all historically white southern universities, when I attended college in Texas in the late 1950s and early 1960s. Indeed, UT’s football coach then famously said he would not have an “N-word” on his football team, one of the last teams in the old southwest athletic conference to be racially desegregated. That prominent view of the coach was well-known in Texas’s black communities and indeed alienated many black parents and students from considering going to UT. I know that from personal efforts when I was a UT faculty member trying to recruit black students to this university in the 1970s and 1980s. Relatively few black students went to UT until the 1970s.

None of this long and extreme racist segregation background is noted in the administration’s brief, and the very high level of racial segregation still obvious in Texas high schools, from which UT draws most of its students, is only noted briefly and is not analyzed as to why that racial segregation was created or still persists.

Striking in this connection, too, is that there is no mention of the numerous white policymakers who historically and openly created (even into the 1960s), and still often create or maintain less blatantly, the state’s segregated high schools. White elite decisionmakers are only implicit in this brief, as they are in almost all discussions of U.S. systemic-racism issues. Clearly, the authors were afraid to call out and assess frontally the white racism that is foundational and systemic for Texas’s educational system, as elsewhere in the U.S. educational system.

Even the word “white” appears just four times in the document, once in reference to the plaintiff’s identity and only in vague passing comments for the other three cases. The reality of whiteness and white private in connection with such university cases, especially in the South, is nowhere addressed.

A major underlying structural and systemic issue ignored in this brief is the white-created system of Jim Crow racial segregation that dominated the state’s educational system from not long after its establishment by Reconstruction era state constitutions in the 1860s (ironically, shaped significantly by white and black “radical Republicans” then) for nearly a century, indeed until the mid- to late-1960s. The many impacts of that educational Jim Crow and other Jim Crow oppression cannot be undone by even more aggressive “affirmative” action than this modest plan of UT. That is especially true because a great many whites abandoned the public high schools as a reaction to the end of legal segregation. Whites have set up private overwhelmingly or completely white high schools across Texas, from the 1960s to the present, to avoid contacts with black (often Latinos too) students, and thus have usually destroyed much of the economic support and viability of all but the most well-funded public schools, and those mostly in white suburban areas of Texas cities.

The brief goes just as far as it had to go with its “diversity is essential” perspective in order to support the rather modest UT affirmative action program, and does that pretty well. Only a non-centrist, far-right white perspective would find the brief’s main arguments and this modest UT affirmative action program in admission really objectionable. It is but a very modest first step in the large scale change necessary for real and meaningful diversity in higher education. 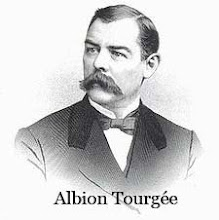