[Note: I am posting this anonymously for someone who knows these issues very well from the inside.]

Frequently on college campuses you will hear people say that there are too many administrators and their pay is too high. Few understand the fragile and precarious working conditions of administrators. Unlike faculty whose careers promote individualistic accomplishments solidified through tenure, university administrators typically serve without employment protection or tenure to support the success of the whole institution.

Diverse administrators are only beginning to break the glass ceiling in the 277 American research universities. Only a decade ago, no Hispanic female administrators had been appointed, and between 1997 and 2007 this number increased 207 percent to 2665 a decade later. Over 80 percent of the incumbents in administrative roles are white, with white non-Hispanic women now outnumbering their male counterparts in 41% of these positions.

Yet women and minorities tend to be clustered in lower ranking administrative positions. For example, a revealing study by the American Council of Education in 2007 indicates that only 10 percent of chief academic officers are minorities, and women represent only 23 percent of incumbents in senior academic roles, the typical pathway to the presidency (See pdf here).

These statistics still indicate that leadership and decision-making in the research university mirror the racial stratification of our society. As social theorist Joe Feagin points out in The White Racial Frame: Centuries of Racial Framing and Counter-Framing (2010), “we still live in a very hierarchical society in racial, class, and gender terms, one where white men continue to make the lion’s share of major decisions about our economic development, laws, and major public policies” (p. 193).

Going beyond the numbers, however, new research on micro-inequities, micro-invalidations, and micro-aggressions illuminates how forms of everyday discrimination can still isolate, marginalize and exclude diverse individuals in the workplace. Take Stephen Young’s ground-breaking book on Micro-messaging. Micromessages are small, cumulative behaviors with monumental impact. These micro-inequities can take place through facial expressions, hand gestures, choice of words, eye contact, and tone of voice and reveal what is behind the masks that connect myths of incompetence with race, gender, and other factors. Psychologist Derald Wing Sue of Columbia University describes the cumulative impact of micro-aggressions, micro-invalidation, and micro-assaults that create unfair disparities between minority and majority individuals.

In the effort to develop new leadership models within the university that emphasize empowerment, collaboration, and equity, women, minority and LGBT administrators have an important role to play in the change process. Through collective action and mutual support, they can lead institutional efforts to create systemic organizational learning initiatives, institutional policies and processes that help overcome subtle forms of discrimination and foster inclusive excellence. 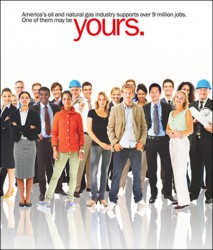 There’s an interesting piece in today’s New York Times by Mireya Navarro that takes the multiracial identity that Barack Obama claims as a jumping off point to assess the rising trend of people who identify as multiracial within the U.S. The article quotes Jenifer Bratter, assistant professor in sociology at Rice University, describing the pressures of trying to fit into one “authentic” racial identity:

“There’s this notion that there’s an authentic race and you must fit it. We’re confronted with the lack of fit.”

The article goes on to mention the last census data which reveal a steady rise in the number of interracial marriages.

The 2000 Census counted 3.1 million interracial couples, or about 6 percent of married couples. For the first time, the Census that year allowed respondents to identify themselves as being two or more races, a category that now includes 7.3 million Americans, or about 3 percent of the population.

James McBride, author of the compelling memoir, The Color of Water, about growing up in a Brooklyn housing project with his white mother says:

“When you’re mixed, you see how absurd this business of race is.”

Absurd indeed, yet a tenaciously powerful frame. My personal perspective and experience is shaped by the fact that my family includes multiracial kids who are beloved nieces and their equally beloved black dad and white mom. I hope that an increasingly multiracial America means a better place for my nieces to grow up.

Yet, lots of people still oppose interracial unions, and by extension, the multiracial people created from them. Opposition comes from a range of constituencies, such as the sort of white supremacists I study who are vehemently opposed to such “race mixing” and see this as the “mongrelization” to black nationalists who see this as genocide. Anti-miscegenation laws have been eliminated, but effectively controlling informal sanctions against interracial relationships remain entrenched in the culture.

I wonder, then, if a “multiracial America” is a sign of progress in 2008 as we come upon the 40th anniversary of Dr. King’s death. What do you think? Drop a comment before you go.