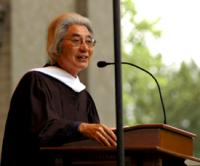 Rosalind Chou and Joe have a new book, just out, that is described as follows in the catalog copy (sorry for the self promotion!):

With their apparent success in schools and careers, Asian Americans have long been viewed by white Americans as the “model minority.” Yet few Americans realize the lives of many Asian Americans are constantly stressed by racism. This reality becomes clear from the voices of Asian Americans heard in this first in-depth book on the experiences of racism among Asian Americans from many different nations and social classes. Chou and Feagin assess racial stereotyping and discrimination from dozens of interviews across the country with Asian Americans in a variety of settings, from elementary schools to colleges, workplaces, and other public arenas

They got some very nice cover comments from social science and legal researchers you may know:

Missing from the discussion of whether Asian Americans can be considered ‘honorary whites’ are the voices of Asian Americans themselves and the ways they experience and negotiate their racial status. This book captures how individual Asian Americans encounter racial hostility and discrimination in a variety of social and institutional spaces, and the distinct ways they strategically respond to such treatment. Some respondents resign themselves to situations while others challenge and actively resist stereotyping, inequitable treatment, and harassment. But as Chou and Feagin convincingly argue, all are both blessed and cursed with the “double consciousness” shaped by a pervasive ‘white racial frame.’-Michael Omi, University of California-Berkeley

This landmark work covers new research ground in documenting the significant yet unrecognized barriers of discrimination and marginalization faced by Asian Americans in the United States today. As an often invisible and silent minority, Asian Americans can at last find voice in this brilliant work that recognizes the reality of their experience. The courage, nobility, and honesty of the authors will assist all involved in the struggle for equity and inclusion.”\ -Edna B. Chun, Broward Community College

Most Americans believe Asian Americans are content, do not suffer from discrimination, and are all in the path to whiteness. Chou and Feagin document convincingly with interview data that they are not content, suffer from discrimination, and are, for the most part, regarded as ‘perpetual foreigners.’ Bravo to the authors for bringing to the fore the racial oppression endured by Asian Americans!  Eduardo Bonilla-Silva, Duke University

Through a compelling analysis of white racism experienced by Asian Americans in their everyday lives, Chou and Feagin offer a powerful examination of the psychological and emotional burdens imposed by racism in contemporary society. This book offers an insightful critique of research on assimilation that focuses on indicators of integration such as educational and occupational attainment while ignoring the serious forms of racism examined in this book. Leland T. Saito, University of Southern California

This is the book we have long needed. Asian Americans have been stereotyped since the nineteenth century as the ‘model minority’: overachieving whiz kids who are too polite to protest about civil rights. It is difficult to explain to even sympathetic students of race relations how this apparently positive image has been damaging to Asian Americans as well as other minority groups. In this study, however, the authors are persuasive because they are comprehensive and thoughtful. They show how the ‘model minority’ is a myth, and, like most generalizations of this nature, too inaccurate to be useful. They reveal how it reflects invidious assumptions and is abused for political purposes, not only serving as a means of attacking African Americans and Latino/as but also generating backlash against Asian Americans as too good for their own good. Anyone who cares about Asian Americans-indeed, who is interested in the dynamics of diversity-should be interested in this detailed critique. Very highly recommended. Frank H. Wu, Yellow: Race in America Beyond Black and White.

We welcome your comments too, if you get a chance to look at our book. 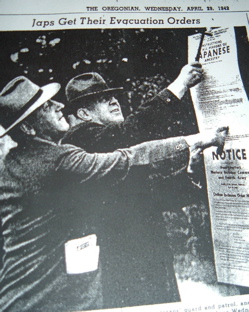