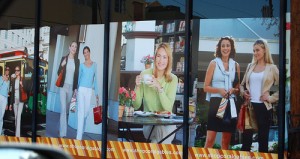 Many whites, even white anti-racists, want to place themselves at the heroic center of any narrative about racism or equate their experiences with those of people of color, and thus misunderstand the asymmetry of racism.

Last year, the news carried a number of reports that genealogical researchers uncovered a connection between the families of Al Sharpton, African American civil rights leader, and Strom Thurmond, former U.S. Senator and ardent supporter of segregation. While Sharpton was open to and intrigued by this revelation, Thurmond’s descendants’ response has been denial and, then ultimately, silence. In the wake of his discovery that his family had once been owned by Strom Thurmond’s family, Al Sharpton said:

“I wrote my name and … had to come to terms with the fact that this was a name given to me by slaveholders.”

The Thurmond family issued no similar statement reflecting on their slaveholding past. The different responses from Sharpton and Thurmond’s family reflect the asymmetry in excavating the racial past.

Part of how white supremacy works is that whites must configure themselves as the center of a heroic narrative. In the Sharpton-Thurmond history, there’s simply no way for the Thurmond family to configure themselves as heroic, so they deny the story’s veracity and refuse comment. It’s very similar to the stories of the Holocaust, like Spielberg’s “Schindler’s List,” where everyone in the audience is meant to identify with the heroic Schindler, rather than with the Nazis. (And of course, Spielberg’s version of this history is an altered and sanitized version that ignores Schindler’s collaboration with the Third Reich.)  White Americans want to be the Spielberg-version of “Schindler” in the narrative of racism in the U.S., innocent of any culpability and also heroic in their defense of racial equality.  Yet, the evidence doesn’t support this.

Instead, the evidence suggests that a significant proportion of whites today continue to engage in two-faced racism and actively discriminate. In addition, there are hundreds of thousands of whites alive today who are descendants of slave-owners, organizers of lynch mobs, crafters of racially discriminatory deed restrictions, and millions who followed along with and benefited from these architects of inequality. Yet, it’s incredibly rare to see a white person who looks this history in the face and tells the story. There are exceptions to this rule, of course. Mab Segrest has a wonderful book, Memoir of a Race Traitor, and Ed Ball traces his family lineage to their slave-owning past, in his Slaves in the Family, and I did a little of this in the preface to my first book.

Still, it is African Americans and other people of color who do the bulk of the hard work of excavating the racial past, even when it is painful. The Museum of Modern Art recently included an exhibition of work by photographer Carrie Ann Weems, called “From Here I Saw What Happened and I Cried,” in which the artist reproduces nineteenth- and twentieth- century photographs of black men and women, from the time they were forced into slavery in the United States to the present. The artist has rephotographed the images, toned them in red, and across the glass frames, added text. As described by the MoMA catalog, the rephotographed images and text “evoke the layers of prejudice imposed on the depicted men and women.” The artist, in her audio supplement to this piece, says:

“When we’re looking at these images, we’re looking at the ways in which Anglo America, white America saw itself in relationship to the black subject. I wanted to intervene in that by giving voice to a subject that, historically, has had no voice. … a strategy that I hope gives the subject another level of humanity and another level of dignity that was originally missing in the photograph. ‘From Here I Saw…’ is perhaps one of the more painful pieces I’ve made. When I look at it, when I study it, I cry. It is a very sad piece. And, at the same time, of course, there is always hope that’s located within sadness as well, the hope that in the end, our mutual humanity will be understood and embraced.”

Uncovering the history of racial oppression and privilege is an asymmetrical process that has an asymmetrical effect in the present depending upon one’s standpoint. For those who were victims of oppressive systems, revisiting history as Weems does in her work, reclaims those lives and resituates them in a different context. While for those who have been architects and benefactors of oppressive systems, such as the Thurmonds, revisiting a history of unearned privilege based on racial inequality may result in shame at what their ancestors perpetrated as white slaveowners.

The asymmetry of racism reflects the unequal power relationships in our society. The challenge for those of us interested in creating change is finding a way to get whites to acknowledge systemic racism without configuring themselves as heroic, central figures or equating their experience with that of people of color. What this requires is for white people to work in coalition with people of color and to listen to the experiences of racial discrimination that people who bear the unequal burden of systemic racism without trying to take center stage.