On Monday February 10th 2014, news broke that Stuart Hall had passed away. He was 82 years old.  Regarded by many as one of the most important public intellectuals of our age, Hall’s oeuvre is hard to categorize and adequately summarize because it is so varied and his achievements so vast. 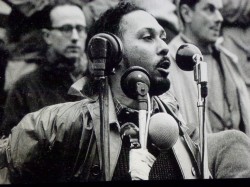 Despite some lazy reductionism within the media that curiously labeled him “the Godfather of multiculturalism” – a term I have never heard applied to Hall in the two decades I’ve been reading his work – Hall was largely known for his key contributions to and involvement with British politics and his prolific writing career that incredibly spanned six decades. Among other things, Hall was a founding member of the New Left Review; the intellectual most associated with challenging the crude economic reductionism that plagued Marxist accounts of culture, offering instead a radically contextual approach that eventually led to the creation of Cultural Studies as an academic field of study; the writer who first recognized the political importance of neo-liberalism and coined the term Thatcherism; an ardent critic of New Labour and Tony Blair; a key figure within the Black British visual arts movement; and perhaps the most astute theorist of the political predicament of living with difference in our post/colonial moment. 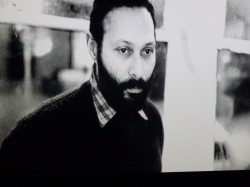 Hall was also, for almost two decades, a Professor of Sociology at the Open University. But Hall’s sociological approach is directly at odds with what passes for sociological enquiry today, especially as practiced by American professional sociologists. It’s worth remembering that Hall didn’t have a PhD in Sociology – in fact, he never finished his doctorate on Henry James – and he never published an article in any major sociology journal. Despite being one of the most of widely read, cited and influential sociologists of his generation, Hall would never likely have been hired by an American sociology department. This is just as well as he wouldn’t have wanted to be there either. This curious fact of Hall’s anti-sociology sociological approach is worth reflecting upon as it tells us more about the current state of American academia and of US sociology (and therefore how it might be changed) than it does about any “failing” on Hall’s part.

Hall observed when he was President of the British Sociological Association (1995-1997) that Cultural Studies, as practiced at the Center for Contemporary Cultural Studies at Birmingham University, from the very start set itself in opposition to the naive positivism of American sociology.  Hall said during his BSA Presidential address, and only slightly tongue in cheek, “whatever Talcott Parsons rejected, we went and read closely”.  As a young graduate student in the audience that day, Hall’s model of sociology seemed so much more attractive than the anodyne sterility of traditional sociology, constrained as it is by artificial boundaries and a penchant at times for mindless apolitical empiricism. As Hall once remarked, “although sociology thinks it’s a predictive science, it doesn’t predict anything very much, very well” (seen in this short video clip from MEF, 6:08):

Instead, Hall offered a more creative and exciting sociology focused on interrogating the complex economic, social, and above all political conjunctures. While Henry Louis Gates’ pronouncement that Hall was “the Du Bois of Britain” obscures as much as it highlights, it is true that both proffered a version of sociology driven by a concern to address and intervene into the political conditions of the day and both wrote with unique and brilliant clarity on the vexed question of national belonging and racial dislocation.

The week since Hall’s passing has also been notable for “the appalling absence of any notice of his death in the U.S. mainstream press as well as the alternative media”, as Larry Grossberg stridently put it. There was a short piece on NPR and a few other outlets carried obituaries and short reflections, but not many. Some of this can be explained by American cultural insularity and a certain intellectual myopia in which the American public sphere struggles to engage with debates occurring beyond its borders. 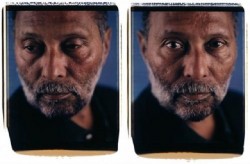 But it also perhaps relates to the hyper segregation of the American academy and how disciplinary gatekeepers have fought to preserve their status and power from the perceived threat of “British Cultural Studies”. The area where Hall’s work has undoubtedly been recognized and celebrated is within the alternative public sphere of African American Studies and other allied areas of study.  As Cornel West noted many years ago, “The thing you have to understand…is that we all grew up reading Stuart. We wouldn’t be here without him. We all stand on his shoulders”.  Similarly, the cultural theorist and critic Mark Antony Neal suggested that everything he had ever written about black popular culture had been shaped by Hall’s ideas. High praise indeed.

For those of us influenced by Hall, his ideas, his mentorship, his kindness, his generosity, his brilliance, it’s easy (and perhaps understandable), to feel an overwhelming sense of loss in this moment that threatens to produce a certain inertia.  Yet the way to honor Hall, as rampant neo-liberal managerialism threatens to expunge the resistant spirit from academic life, is to return to the motivating impulses that Hall embodied and helped to usher in, namely a socialist commitment to a better tomorrow, rooted in a serious analysis of contemporary conjunctures in which nothing is guaranteed politically and a pedagogical commitment to collaboration that avoids, in Suzanne Moore’s words, “the conservatism of academia, with its fetishizing of autonomous scholarship.”

Hall has departed from the stage but thanks to his legacy we are now better equipped to engage the political struggles against injustice and to remake the future.