Yet, it is one that many of those in power voted against establishing the King holiday, including senators Chuck Grassley, Orrin Hatch, John McCain, Richard Shelby, and Johnny Isakson. The New York Times has published a definitive record of the overt, documented racism of the current occupant of the highest elected office. And, it’s no coincidence that the some of the same GOP leaders who opposed establishing the holiday for MLK are among those who defend the president. 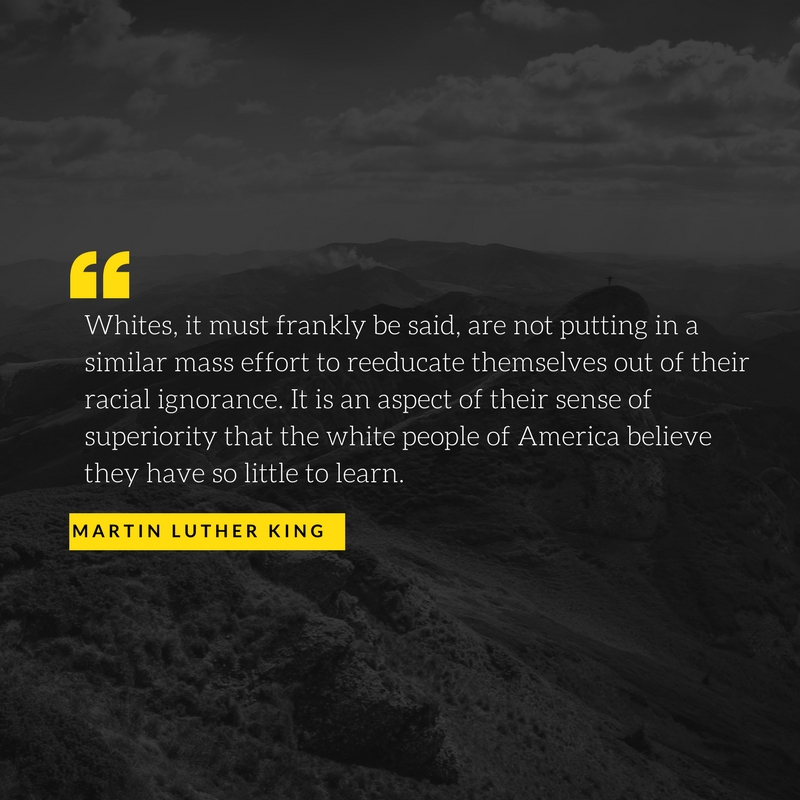 If you’re one of those who wants to educate themselves more, but doesn’t know where to begin, check out Raoul Peck’s award-winning documentary “I Am Not Your Negro,” which features some never-before published writing by James Baldwin who had quite a lot to say about race and racism in the U.S.