Andi Mack, a television show that features three generations of Asian American women, premiered on the Disney Channel earlier this month.  The lead character “Andi” is a thirteen-year-old, mixed-race girl, who lives with her barely-middle-aged grandmother, and—spoiler alert if you haven’t watched the first episode—her mother, “Bex”, short for Rebecca, who looks and dresses, as if she could be in her early thirties.

The premiere of Andi Mack is noteworthy because Asian Americans in mainstream American entertainment are so rare. When they do appear, Asian Americans are usually “white-washed,” replaced by white actors or actors of mixed-ethnicity, most recently in ‘Doctor Strange,’ and ‘Ghost in the Shell.‘  In the few American films where there are Asian American protagonists, like “Better Luck Tomorrow,” “21 and Over,” and “Harold and Kumar Go to White Castle,” Asian American women are veritably absent and silent; they exist to develop men’s characters.

It’s been more than twenty years since Margaret Cho critiqued the mainstream interpretation and portrayal of her stand-up comedy, in the first and short-lived Asian American family sitcom “All American Girl” on ABC. Similarly, Eddie Huang questioned the representation of his biography when “Fresh Off the Boat” premiered on ABC in 2015. Although the show has given Constance Wu opportunities to speak about the barriers Asian Americans face in Hollywood, the character she plays has been memorable because of the comedic “tiger mom” stereotypes she portrays.

According to The Columbus Dispatch, Andi Mack is Disney Channel’s attempt to rebrand itself, amidst Netflix competition with edgier material. Considering that Asian women are typecast as the “geisha,” the “dragon lady,” or the “tiger mom,” it was refreshing to see that including teenage pregnancy allowed Andi, Bex, and her grandmother to have complex thoughts, emotions, histories, and character development.  However, I couldn’t shake the feeling that the tricky topic of teenage pregnancy was allowed particularly because of Andi and Bex’s white, multiracial heritage and through their relationships with white men.

The first episode begins with partial shots of a helmeted driver revving a motorized bike and clattering down a grassy hill to a street corner. The driver stops abruptly in front of two pre-teens, and whips off her helmet in a slow motion tumble of short brown hair and an immediately endearing and unforgettable crooked-tooth grin. Andi proudly shows off her new scooter to her two astonished friends, Buffy and Cyrus. Buffy, looks like a part white, mixed-race girl. She has light brown skin, and thick dark brown hair, with the texture of Rachel Dolezal. Cyrus has light skin and short, straight, dark brown hair but due to his pre-pubescent voice and worried reaction to Andi’s new scooter, he seems as gender ambiguous as Andi herself.

Scholar Rose Weitz writes about how women use their hair to create personal meaning and power in their lives. Weitz argues that women use their hair to resist popular ideals of feminine beauty and to distance themselves from cultural control over their bodies. A lot has been written about how men and women participate in gender policing of women’s bodies. Women cannot be too sexy or too manly. They cannot be too passive or too aggressive.  They should be authoritative but not bitchy. Moreover, women who are not white will be inherently unable to meet standards for white, feminine beauty.

Terri Minsky, the creator of Lizzie McGuire, cast Peyton Elizabeth Lee as protagonist Andi Mack in part because of her crooked smile, her short boyish hair, and her mixed-ethnicity; she looked distinct from the polished children cast in Hollywood. Minsky specifically told Disney she wanted to keep Andi’s hair short. In addition to Andi’s gender ambiguous name, Bex and Jonah Beck, the brown hair and blue-eyed boy Andi has a crush on, both call her “Andiman.” These moments of gender ambiguity make me wonder if Andi’s short hair and gender ambiguous name would have been allowed if she weren’t part white.

“Andi Mack” is not an example of an Asian name that would receive fewer call backs for job interviews. As names go, it’s about as Asian as “Lizzie McGuire.” Between Andi, her mother, and her grandmother, only her grandmother is not mixed-race. In the first episode, Andi compares the parenting style of her white grandfather to his wife, her strict and controlling Asian grandmother. When Andi finds out that Bex is her mother, and all three women become hysterical, her grandfather warmly and firmly reminds his frantic Asian wife, “we knew this day would come” and “they have to make the best of it.” The show’s easy portrayal of Andi’s understanding and agreeable white grandfather reminds me of a familiar strain of American history, where white men bring progressive, modern freedoms to backwards foreigners and especially to culturally oppressed non-white women.

When Andi finds out that her crush, Jonah, has a girlfriend, she has a fight with Bex and accuses her mother of “barely knowing her.” However, she starts to feel better after Jonah texts her saying that he misses her, even though he also barely knows her. When Andi’s mother tries to build up Andi’s confidence, Andi doesn’t listen but when Jonah tells her the same thing, Andi feels better about herself. We can write this off as young love but that’s the point, for Andi’s grandmother and for Andi, it’s the relationship with a reassuring and authoritative white man that resolves an emotionally unstable Asian or mixed-race woman, when she experiences low self-esteem or when she’s upset with other women in her family.

A recent New York Times article about the potential for biracial people to heal racial divides suggests that by biologically mixing racial minorities with white people then somehow we will see that everyone is human and deserves equal rights and respect. This assumption hides that race, culture, and biology itself are socially constructed. 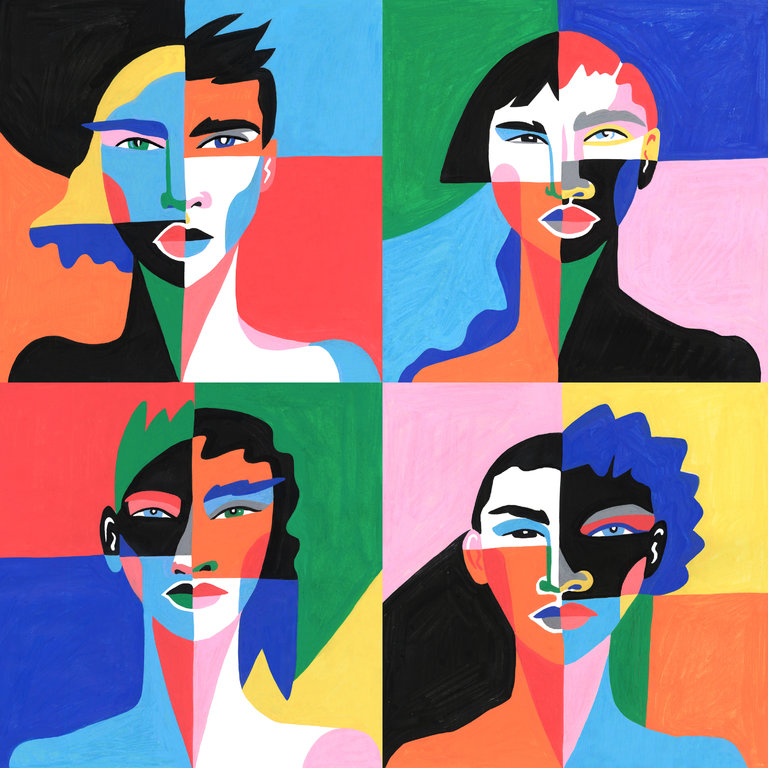 But, there is lots of research to show that mixed-race societies still experience racism. Race was created and continues to be used as a way to stratify and control people, according to relations of domination and subordination. I was born and raised in Hawaii, which is wrongly assumed to be a “racial paradise” because a large proportion of the population consists of racial minorities and multiracial families.

Native Hawaiians experience lasting repercussions from colonial relations with U.S. imperialism as other indigenous peoples and Filipinos experience ethnic discrimination and over-representation in blue-collar, low-wage jobs, similar to Mexicans in the mainland U.S.

When I and some colleagues analyzed Filipino college students’ essays in Hawai‘i, we found that Filipino students distanced themselves from a Filipino identity because of families that taught them to prioritize and embrace American culture and because of ethnic and cultural discrimination they experienced in local culture. Language and culture courses helped Filipino students to find pride in their ethnic identity. However, top-down pedagogy left some students feeling alienated by essentializing discourses and boundary-making processes within the Filipino community, especially when the course content did not give students the opportunity to make sense of disparate and changing contexts that Filipino- Americans experience.

Instead of placing our hope in the biology and culture of interracial children of the future, social historians like Emma Teng and Natalia Molina argue for understanding how racial scripts classify and regulate groups of people in the past to demonstrate how we are all connected in the present. Molina reviews how legal cases and immigration policies around Mexican immigrants’ claims to U.S. citizenship have been evaluated by using previous racial and legal knowledge about Asian immigrants and African Americans. We see how quickly Asians lose their “model” status among racial minorities, when they are not submissive or obedient.

Teng reminds readers that people still think about biology, race, and culture in ways where only some hybrid identities are available. Remember how white people are ex-pats but anyone else is an immigrant? We think that Chinese people can assimilate into America, but Americans cannot become Chinese. These ideas about one-way cultural and racial processes affirms the idea of the modern against the old and the idea that people can consent to becoming American but they have to be biologically descended from Chinese people to be Chinese. These assumptions about race, culture, and biology obscure how they are all social constructions responsive to a specific historical and political context.

I hope Andi Mack does help the Disney Channel rebrand itself by adding to a discussion about race in America and the privilege of white, mixed-race actors in Hollywood.  And, I hope Andi gets to continue to try to figure out who she is, not only in relation to her mother, her friends, and her middle-school crush, but also in relation to her privileged racial identity.

~ Kara Takasaki is a doctoral candidate in the Department of Sociology at the University of Texas at Austin.