Caitlyn Jenner is doing quite well for herself.  Her visibility, and the responses to it, raises some troubling issues about white women and white feminism.

At a time in LGBTQ politics when Janet Mock, Laverne Cox (both African American) and Caitlyn Jenner (white) are making transgender women more visible, it is Caitlyn Jenner who secured the cover of Vanity Fair (photographed by Annie Leibowitz) for the announcement of her gender transition. Jenner also has her own reality-based tv show, “I Am Cait”, and is racking up major endorsement contracts, most recently with MAC cosmetics and HM Sports. While Jenner’s already-existing celebrity status – as a former Olympic athlete and an adjunct member of the Kardashians – has helped to launch her new career, it is her whiteness that has helped her monetize her gender transition. 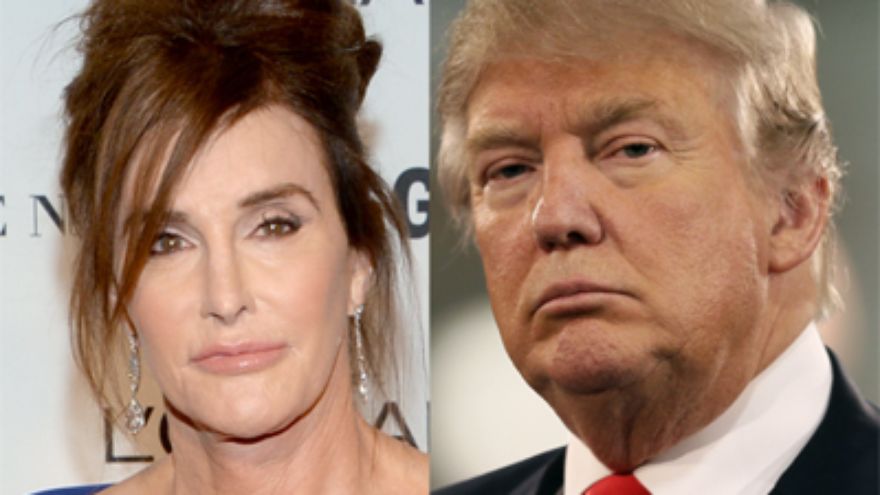 Since being catapulted into the media-designated spokesperson for trans* people, Caitlyn Jenner has voiced her ardently conservative views and declared her support for Republican party presidential candidates, recently offering to be Ted Cruz’s “trans ambassador.”

On a recent episode of her show, Jenner said Trump would be “would be very good for women’s issues” (although she doesn’t like his ‘macho attitude’). A group of mostly white ‘gal pals’ of transgender women try to coax her out of her support for Republicans and her misguided belief that they don’t have anything against transgender people. It’s this construction of Caitlyn Jenner in the role of “student,” or “anti-hero” in the narrative of the show that Zack Ford calls “brilliant” :

There’s something brilliant about the fact that this is a show with a cast made up entirely of transgender women who are speaking openly about their experiences and calling out problematic anti-trans rhetoric without it feeling like an after-school special. Even if Jenner plays the foil for these discussions, she’s also still the reason that they’re taking place and that hundreds of thousands of people are watching them.

Perhaps so. I agree that it’s a good thing that Caitlyn and her antagonists can discuss the dire implications of Republican policies for transgender and gender non-conforming (GNC) people, such as the wretched bathroom policy in Houston, for a wide audience. 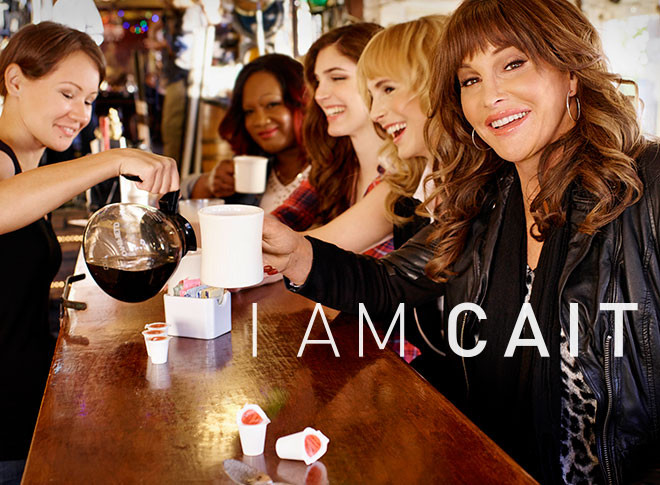 As generative as the conversations on her show about trans* issues may be, they do little to address the systemic racism which leads to the disproportionate murders of trans* women of color. Statistics on this are hard to come by because most federal surveys designed to estimate populations simply don’t account for trans* people, according to the Williams Institute. According to one estimate, 22 trans* women of color were murdered in 2015. The actual number is likely far higher.

Although Caitlyn says she favors the Republicans for their economic agenda, she and her pals are not talking about how this agenda affects the economic precarity of trans* people.The National Transgender Discrimination Survey found that 26% of trans people lost a job due to bias, 50% were harassed while at work, and 78% of trans* students were harassed or assaulted. Joblessness among transgender people is around 14%, double the national average (for 2011). Black trans* people had double that rate, 28% unemployment, according to an NGLTF survey.

Preston Mitchum notes many of these same critiques of Jenner but argues that we, as cisgender LGB people, are too hard on her. He writes:

What’s frightening is that when we reach our social justice journeys, we often expect others to immediately be on the ride, despite the fact that it takes most of us a lifetime to get where we are.

To be sure, Jenner is ‘not a perfect advocate’ for LGBTQ rights and I agree with Mitchum here. We are all on a journey, and Jenner seems to be new to thinking about social justice issues. There’s a way in which Jenner gets held to a different standard because she is in the spotlight.

My critique is less about her as an individual and what her ascendance means for the culture. What’s happening with the rise of Caitlyn Jenner as media-designated spokesperson on all things LGBTQ furthers an equation of ‘whiteness’ and ‘queerness.’

Caitlyn Jenner is now part of a larger cultural apparatus that produces whiteness. Which bodies do we mean when we say trans*,  LGBT, or queer? Often, they are white. And this affects how we view the world. As Hiram Perez writes:

“Queer theorizing, as it has been institutionalized, is proper to—and property to—white bodies.”

Scholar and activist Cathy Cohen describes the time we are living in as one of “multicultural neoliberalism,” characterized by:

a sustained attack on the basic humanity of poor black people that provides the context in which we should understand the killing of young black people, in particular young black men, and the less visible assaults on black women and the murder of black trans people.

As a response, Cohen calls for transformational politics and substantive solidarity, and urges an embrace of deviance. Juxtaposed to Cohen’s lucid naming of the moment, it’s here that we see the real contrast to Caitlyn Jenner’s politics. Based on her public persona, Jenner is not interested in a socially transformative politics nor is she interested in a substantive solidarity with black or brown or poor trans* people, nor does she seem to be interested in an embrace of deviance.

My point is not that Jenner is a less-than-perfect advocate for LGBTQ rights, but a subtler one. Part of Caitlyn Jenner’s success is her ability to fit rather seamlessly into the cultural apparatus of whiteness. It is whiteness that has also enabled Jenner to monetize her gender transition via large endorsement contracts. And, given her embrace not a rather conventional performance of femininity, she has reaped certain cultural and monetary rewards (e.g., Vanity Fair cover).