In the first video in the series, Jay Smooth explains the part of systemic racism known as ‘the wealth gap’ in this short (1:07) video:

Race Forward, the producers of the video series, list several sources for the facts about the wealth gap, including a report from Demos, The Racial Wealth Gap, which features several bar graphs such as this one: 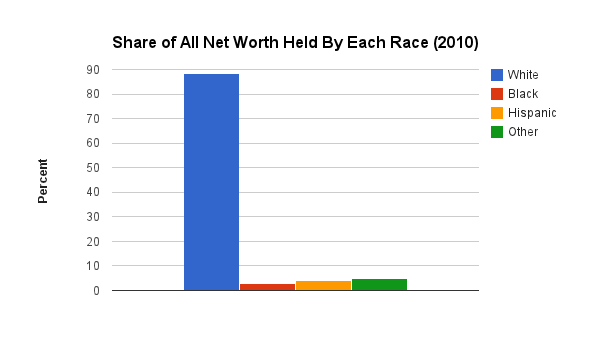 If you’d like to read and learn more about the wealth gap and systemic racism in the scholarly literature see:

Next in the series, employment.