The unrelenting whiteness of the annual Academy Awards show has finally gotten to be too much. After decades of ridiculous votes, like the Academy’s preference for “Driving Miss Daisy” over Spike Lee’s “Do the Right Thing” in 1989, folks have had enough. 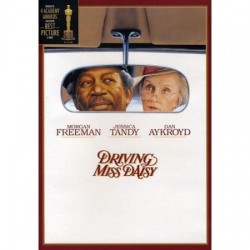 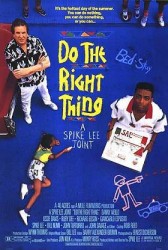 The hashtag #OscarsSoWhite created by lawyer, blogger and social media professional, April Reign (@ReignofApril) has exploded on Twitter, with people posting something like 95,000 tweets per hour. For the full rundown on the hashtag and the unbearable whiteness of the Oscars, see this terrific piece by Rebecca Theodore-Vachon (@FilmFatale_NYC).

So, what to watch now if you’d planned to tune into the Oscars tonight? Here are 10 things you could watch instead:

1. Coming to America. The classic comedy with Eddie Murphy, who plays an African prince who travels to Queens, NY to find a wife whom he can respect for her intelligence and will. As a direct counter to the Oscars, April Reign is leading a live ‘watch and tweet’ party at 9pmET. (Currently streaming on Netflix.)

So tomorrow, at 9pm EST, I’ll be watching and live tweeting #ComingToAmerica on @netflix instead of watching the #Oscars. #OscarsSoWhite

2.  Selma. The powerful drama about the epic march from Selma to Montgomery in 1965 and Dr. King’s campaign for equal voting rights, directed by Ava DuVernay, is currently available on iTunes.

3. Reel Injun. A documentary about the depiction of Native Americans in Hollywood. (Currently streaming on Netflix.)

4. A Good Day to Die. Dennis Banks, leader of the American Indian Movement, looks back on his life and reflects on the rise of the movement.  (Currently streaming on Netflix.)

5. Documented. In 2011, Pulitzer Prize-winning journalist Jose Antonio Vargas outed himself as an undocumented immigrant in the New York Times Magazine. ‘Documented’ chronicles his journey to America from the Philippines as a child; his journey through America as an immigration reform activist/provocateur; and his journey inward as he re-connects with his mother, whom he hasn’t seen in 20 years. (Currently streaming on Netflix.)

6. Through a Lens Darkly: Black Photographers and the Emergence of a People. A really fascinating documentary that explores the role of photography in shaping the identity, aspirations, and social emergence of African Americans from slavery to the present, this film probes the recesses of American history through images that have been suppressed, forgotten, and lost. (Currently streaming on PBS.)

7. The Other Side of Immigration. Based on over 700 interviews in Mexican towns where about half the population has left to work in the US, this film asks why so many Mexicans come to the U.S. and what happens to the families and communities they leave behind.  (Currently streaming on Netflix.)

8. Klansville, USA. North Carolina, long seen as the most progressive state in the South, became home to the largest Klan organization in the country, with more members than all the other Southern states combined, during the 1960s. This film tries to understand this seeming contradiction in the North Carolina and its history with the Klan. (Currently streaming on PBS.)

9. The Book of Negroes. Based on historical accounts, this is a mini-series about Aminata, who is kidnapped in Africa and subsequently enslaved in South Carolina, and who must navigate a revolution in New York, isolation in Nova Scotia and treacherous jungles of Sierra Leone, in an attempt to secure her freedom in the 19th century. (Currently airing on BET, available as VOD in some areas.)

10. How to Get Away with Murder. This is a series starring Viola Davis as law professor Annalise Keating who instructs a group of ambitious law students in the intricacies of criminal defense through real-world experience. The episode with Cicely Tyson playing the mother of Annalise Keating is some of the best acting I’ve seen on any type of screen in a very long time. Not to be missed. (Currently airing on ABC, available as VOD in some areas.)