In her recent dissent from the majority decision of the Supreme Court regarding a Michigan constitutional amendment banning affirmative action, Justice Sonia Sotomayor, the first Hispanic judge to serve on the Court, described the perspective of her conservative colleagues as “out of touch with reality.” 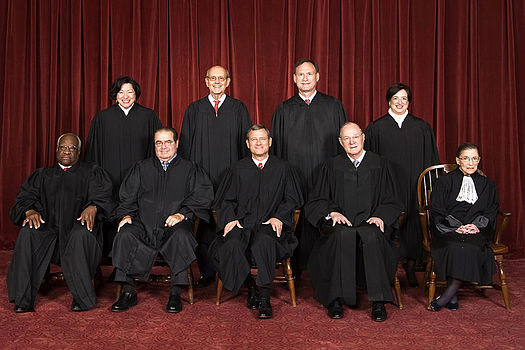 Recall Chief Justice John Roberts’ pronouncement in 2007 that “the way to stop discrimination on the basis of race is to stop discriminating on the basis of race” in the 2007 Parents Involved vs. Seattle School District case that outlawed major avenues for voluntary school desegregation. In direct contrast to this judicial view, Justice Sotomayer wrote in Schuette v. Coalition to Defend Affirmative Action (2014)

Race also matters because of persistent racial inequality in society—inequality that cannot be ignored and that has produced stark socioeconomic disparities.” And she added, “the way to stop discrimination on the basis of race is to speak openly and candidly on the subject of race, and to apply the Constitution with eyes open to the unfortunate effects of centuries of racial discrimination.

We know that the promising resolution of the Brown v. Board Case in 1954 that found “separate but equal” schools for blacks and whites to be unconstitutional has been eroded and successively reversed through a series of Court decisions based on what Harvard law professor Randall Kennedy refers to as principles of “constitutional colorblindness.” From a colorblind, post-racial perspective, America is viewed as having attained a state in which race, ethnicity, gender, and other ascriptive characteristics no longer play a significant role in shaping life opportunities. Consider the statement, for example, of Chief Justice John Roberts, expressing the Court’s opinion in striking down Section 4 of the Voting Rights Act that determines which states and counties must follow strict guidelines that govern changes to their voting laws: “Nearly 50 years later, things have changed dramatically.” A well-documented body of empirical sociological research, however, demonstrates that contemporary racial inequality is reinforced through second-generation forms of discrimination and facially nonracial, subtle practices and behaviors that are threaded through the day-to-day experiences of non-dominant groups within American society.

How did this historical shift occur in the Supreme Court’s view of Civil Rights? Legal scholar Gary Orfield points out that that the decisions of the Earl Warren Court in the 1950s and the 1960s played an important role in stimulating the Civil Rights movement, whereas decisions of a conservative-dominated Court in the later 1980s pushed the country in the opposite direction and even reached conclusions that policies designed to address inequality are unnecessary and unfair. These later decisions, he indicates, have been seen by some scholars as replicating the efforts to undermine Reconstruction civil rights laws that resulted in the 1896 Plessy v. Ferguson decision legitimizing the concept of “separate but equal.” In Dismantling Desegregation: The Quiet Reversal of Brown v. Board of Education (1996), Orfield and Susan Eaton call attention to three little-noticed decisions in the 1990’s in which the Supreme Court articulated procedures for dismantling school desegregation plans that allowed students to return to neighborhood schools, even when segregated and inferior. These decisions reinterpreted the notion of integration as a goal, reducing it to a formalistic requirement that could be lifted after a few years. Decades afterward, as reported by Orfield, Kucsera, and Siegel-Hawley in a 2012 report sponsored by the UCLA Civil Rights Project, 80 percent of Latino students and 74 percent of blacks attended highly segregated schools, with the percent of white students only ranging from 0 to 10 percent. In fact, eight of the 20 states with the highest levels of school segregation are in border or southern states, a significant reversal for civil rights progress.

In the area of public university admissions, the Supreme Court’s decisions related to voluntary forms of affirmative action have abandoned the original remedial purpose of race-sensitive admissions and reinterpreted the Equal Protection Clause of the Fourteenth Amendment in terms of protecting the rights of the majority and preventing what has been termed “reverse discrimination.” As Harvard law scholar Michael Klarman notes, the Equal Protection Clause says nothing about government colorblindness and does not even mention race. Instead, diversity has replaced affirmative action as a compelling state interest, ironically requiring universities to prove that white students and other students benefit from policies that were designed to address a long history of racial inequality.

And consider the recent events in Ferguson, Missouri that are linked to racial segregation, economic inequality, and differential policing practices. As Erwin Chemerinsky writes in an August 24 New York Times Op Ed, recent Supreme Court decisions such as Plumhoff v. Rickard decided on May 27 have made it difficult, if not impossible, to hold police officers accountable for civil rights violation, undermining the ability to deter illegal police behavior.

To what extent does the Court’s conservative drift in the area of civil rights reflect the mood and temper of public opinion? Santa Clara law professor Brad Joondeph reminds us that the Court has never actually played the role of “counter-majoritarian hero,” but rather has been responsive to shifting political tides. The creation of the landmark Civil Rights Act of 1964 was in response to public protests, marches, and collective action undertaken by minorities in support of greater social equality. According to legal scholar Derrick Bell, social movements such as the radical protests of the 1960s are more likely to bring about change when they converge with other interests that may be differently motivated.

In The White Racial Frame: Centuries of Racial Framing and Counter-framing (2013), social theorist Joe Feagin identifies the strategies of both individual resistance and collective action undertaken by Americans of color that have created significant public pressure to address inequality. Feagin indicates that essential to many civil rights protests was a strong anti-racist counter-frame articulated by numerous black leaders and scholars. As he notes, Martin Luther King emphasized the need for collective action to overcome oppression:

The story of Montgomery (Alabama) is the story of fifty thousand such Negroes who were willing to …walk the streets of Montgomery until the walls of segregation were finally battered by the forces of justice (p. 177).

If indeed the Supreme Court mirrors strong tides of opinion within the United States, the admonition of Sonia Sotomayor not to “sit back and wish away, rather than confront, the racial inequality that exists in our society” represents a call to action. In describing the Court’s “long slow drift from racial justice” Columbia University President Lee Bollinger identifies the importance of a renewed conversation about racial justice in order to address issues that will reach the high court. And the composition of the Court clearly matters in matters of racial jurisprudence. According to Klarman, since the Court is not always a defender of the interests of racial minorities, even the appointment of one more liberal judge could have meant that many key decisions could have been decided differently.

Recently, we have seen a few promising signals, such as the ruling of the three-judge panel of the Fifth Circuit of the United States Court of Appeals upholding consideration of race as one factor among many in response to the case filed by Abigail Fisher at the University of Texas. Yet reinfusing our judicial processes with the ideals represented in landmark Civil Rights decisions will require an invigorated national dialogue and sustained attention to how the ideals of justice and equality take shape in the prism of public consciousness and are reflected in judicial perspectives.

~ This post originally appeared in the December 2014 issue of Insight into Diversity magazine, and is reposted here with permission.