White elites who first developed the terminology of Indians, Savages and Redskins, are now desperately trying to justify that racist language.

George Will has been the latest to weigh in on this defense of racial privilege and hegemony, while abusing the English language. In a column titled “The government decided ‘Redskins’ bothers you“,  Will arrogantly dismisses the controversy as the result of “some people” who are “professionally indignant” and chides what he sees as the overreach of government into being coercive “about wedding cakes and team names.” 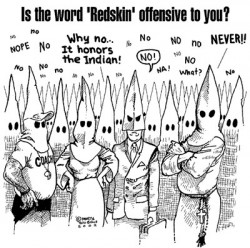 Will insults the lead plaintiff, Amanda Blackhorse, Navajo, in a long-fought suit on trademark protections from the Washington Redskins, that itself borders on direct racism, then he “discovers” an infamous school on the reservation that uses the moniker Red Mesa High School Redskins, and then states All Navajo support its use, when if he had done the most basic homework, would have found the Navajo Tribal Council has recently condemned its use for professional sports.

But Will is not satisfied insulting Amanda Blackhorse and the Navajo Tribal Council, but goes on to repeat the mantra-like falsehoods that “90% of Natives support” the Redskins team name usage, even as my own survey work underscores that a majority of 67% of Native Americans say “Redskins” is offensive and see it as racist, a point reinforced in work I did on the (chief) Wahoo racist icon nearly 20 years ago with similar findings. The dominant society and its white elite discourse masters simply ignore any evidence that doesn’t support what they say, and this is acceptable to a general public that wants to believe these icons and words don’t really matter.

In his racist rant, Will states “The federal agency acted in the absence of general or Native American revulsion about “Redskins,” and probably because of this absence.” Even without acknowledging recent work on this issue, the National Congress of American Indians (representing 30% of Native people in the U.S.) has been criticizing this and other mascots use for more than twenty years, along with most other Native organizations, especially those in higher education.  Will and a host of others systematically ignore Native Americans, leading Indian organizations, and the voices of their supporters and then report false information that seems to support their position, created by a dominant elite to justify its position and use of racist icons and team names. They also just flat out lie about these issues, such as their claim it is only recently an issue, when the same newspaper the Washington Post has the article “The Great Redskins Name Debate of … 1972?” stating that “people have been complaining, very publicly, about it since at least 1972. At the Washington Post’s DC Sports Bog, Steinberg presents excerpts from eight articles published in 1971-72 that challenge the name, as well as an editorial cartoon from the same era.” 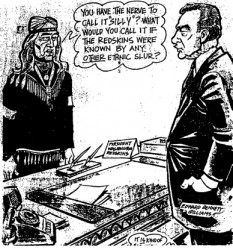 This is also found in Will’s support for genocidal discourse, using a Choctaw set of words for Oklahoma in justifying an English word of R*dskins, and forgetting or ignoring that the state was originally called “Indian Country” by the United States that forced the Cherokee, Choctaw, Creek and Chickasaw into those lands by what nearly all scholars call Genocide in what is known as the Trail of Tears.

Will makes reference to a study done by Ives Goddard from the Smithsonian Institution that finds Blackhawk as the first being recorded to use R*dskins, even as he leads a notable fight in resistance to U.S. invasion and conquest, and from there they decide that Native peoples invented the term as a benign description of themselves. This nonsense is underscored by reference to William Clark (of Lewis and Clark fame) as a great influence over many students and leaders who learned from him, when Clark’s most powerful racist statement is in calling the Tetonwan Sioux (Lakota) the most “miscreant, savage race of people in the world” underscoring the rationale for the upcoming conquest of the Great Plains. 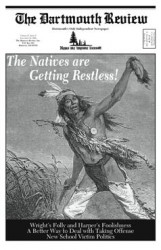 (Image from The History Commons)

All of this matters precisely because George Will is an erudite, refined columnist with a great command of language and meaning, however conservative his politics may be. Not only is Will ignorantly wrong, but he is playing to language that arose from the vast genocides of the 16th and 17th centuries where bounties were indeed paid for “scalps” of “Indian” men, women and children, all across this great land, going through the origin of the R word around 1800 (if accurate) and actually in print in 1863 Minnesota where the R word was used interchangeably with Savage, Indian and on the list goes. 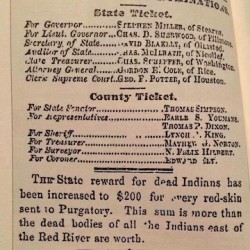 In our research, we find the same conditions from studies done on the Wahoo to more recent work on the Redskins, including that 1.) institutionalized “white racism” (Feagin, Joe and Vera, Hernan.  1995.  White racism: The Basics, New York: Routledge) is evidenced in the display, distribution, and defense of the racial icon Chief Wahoo, and the team name Redskins; 2.) ethnic group orientation towards symbolic issues is influenced by perceptions of one’s own group interests, Gamson’s “framing” (Gamson, William. 1995. “Constructing Social Protest” in Social Movements and Culture edited by H. Johnston and B. Klandermans, Pp 85-106.  Minneapolis: U of Minnesota Press)  of the issue (such as what Will does above) ; 3.) the racialized content and target of iconic symbols is controlled by dominant groups and a white elite  (Fenelon, J. “Indians Teaching About Indigenous Issues: How and Why the Academy Discriminates” American Indian Quarterly, Volume 27, number 1 & 2 (2004: pgs. 177-188) ; and 4.) collective ethnic group activism on racism is more likely to cause changes in perceptions of whites. 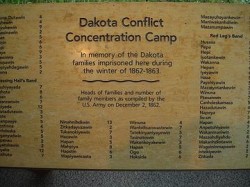 The George Wills of an educated elite join with the Snyders of an institutional  sports elite, to reinforce racist team names and sports mascots, deny their historical roots in genocide, redefine their meanings as benign or as honor, distort social science to fit the rationales, and denigrate those who resist their “white racism” calling them as “in the business of being offended” and “professionally indignant” as if their Native roots are cut off from the rest of Indigenous America. Will even ends his column in discussing these “serious matters” as including “comity in a diverse nation, civil discourse,” and “not only how we make decisions, but how we decide what needs to be decided, and who will do the deciding.”

Inadvertently Will touches on the heart of the matter. Will, Snyder and many other white elites want to define what race means and what qualifies as racism, with the foundationally racist and genocidal term Redskins twisted to mean “honor” and with Native leaders dismissed as radical outliers, so that racist rationales, words, images and denigrating statements can continue to be used with flagrant arrogance, and deep supremacist ideologies. As Joe Feagin points out, “white elite men get to decide what is, and is not, offensive and get to go unnamed as the racist progenitors in the first place.”

~ Guest blogger James Fenelon, is Lakota/Dakota, and serves as the Director of Center for Indigenous Peoples Studies and Professor of Sociology, at California State University – San Bernardino.