America still has a problem with racism. That much was glaringly apparent in the intense, vitriolic reaction to Nina Davuluri’s victory in the Miss America pageant, the first time a woman of Indian descent has won an event as quintessentially American as baseball and pumpkin pie.

When Davuluri, 24, was crowned, instead of a flood of congratulations, a flood of abusive messages began to flow from her fellow Americans on Twitter, deriding her as ‘an Arab’, ‘a terrorist’ and ‘Miss Al Qaeda’. 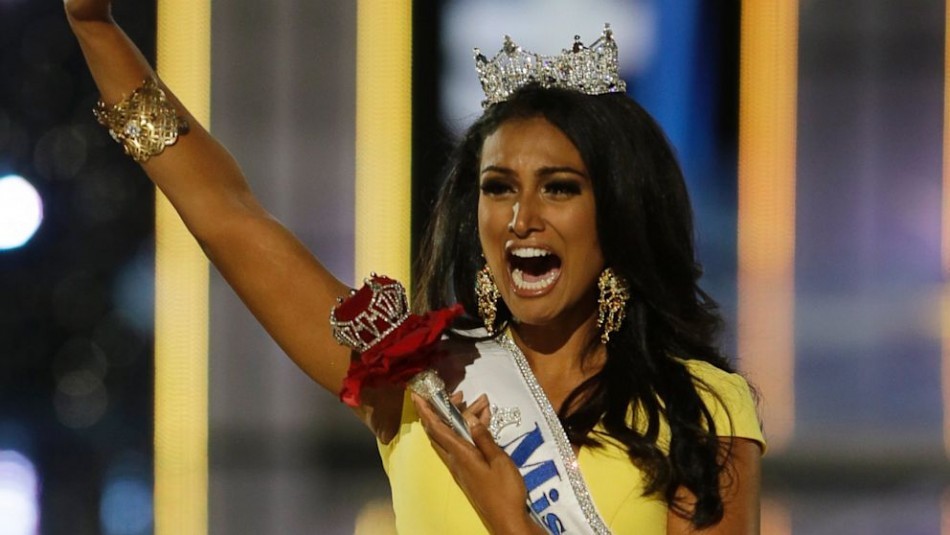 While some news outlets expressed shock at the response to the racist reaction to the new Miss America, others have trivialized it as merely a Twitter phenomenon.  The reaction to Ms. Davuluri’s coronation as Miss America was not that different than the reaction in some quarters of the American population to the election of President Obama. On the night of his first election, so many angry people logged on to a popular white supremacist site to complain that the site crashed.

The reaction that became visible online, against both Davuluri and Obama, might have been anticipated by anyone who has been paying close attention to American news, particularly those articles which dare to address the taboo of racism.

In many ways, the racism that Davuluri experienced is part of a larger pattern in which a variety of groups are targeted. In New York City, where I live, many more Sikhs have been attacked since 9/11 by people who believed they are Muslim, a mistake that many of those on Twitter made about Davuluri. In August, 2012 a white supremacist killed six people at a Sikh temple in Wisconsin.

The lives of African American men are also regularly constrained and endangered, 50 years after Martin Luther King made his famous ‘I have a dream’ speech.  Just this passed week in Charlotte, North Carolina, an unarmed Jonathan Ferrell was seeking help after a car crash. Ferrell, African American, was shot ten times and killed by police. A woman who lived nearby had reported a man “she didn’t recognize.”

Trayvon Martin, a 17-year-old African-American, was killed by George Zimmerman because Martin seemed “suspicious.” Though Zimmerman was charged and stood trial, a jury of mostly white women found him not guilty.

A number of prominent, successful African American women in the U.S. have come under such vitriolic racist (and sexist) attacks that they have been forced from their jobs. For instance, technologist Adria Richards, government official Shirley Sherrod, and meterologist Rhonda Lee are a few who have been targeted by months long smear campaigns that combine racism and sexism.

And what of the Hispanic community? In June, 2013 in an incident reminiscent of the attacks against Ms. Davuluri, adorable little 11-year-old Sebastien De La Cruz sang the American national anthem at a basketball game, unleashing a flood of racism demanding that “an American” sing the anthem. De La Cruz is Mexican American and a U.S. citizen.  In fact, a recent Pew Center survey found that nearly a quarter of Americans (23%) say Hispanics, a group that includes Mexican Americans, face a lot of discrimination in society today. This, according to the Pew Center, gives this group the dubious distinction of being the racial or ethnic group the U.S. public sees as most often the target of discrimination.

Each generation of Americans thinks that the “older generation” are the “real racists,” and that these dinosaurs will eventually die out and with them, racism will die too.  Would that it were so.  The fact is that racism is both handed down from one generation to the next and it is produced anew by each subsequent group of young people who think they have escaped its stain.

It is not difficult to understand why racism is still a problem in the U.S. We are a society with a great many exceptional resources, but as with the history of colonialism, these have been taken from indigenous peoples and built up with stolen labor of enslaved Africans. Those practices set the patterns, built the institutions, carved the ways of being a society in profound ways. The U.S., unlike South Africa, or Nazi Germany, has not had a truth and reconciliation process, except in small, piecemeal fashion.

Of course, some are working to address racism in the U.S.  There is, by now, a generation of scholars who are doing the deeply important work of what is often called African American studies, Latino/a and Chicano/a studies, and Asian American studies, but is in fact, simply American studies. This knowledge makes a real difference in transforming the culture.  One of the foremost scholars in this area, Professor Peniel Joseph, leads the Center for the Study of Race and Democracy at Tufts University. He recently led a “National Dialogue on Race Day” that coordinated efforts between several university departments of African American studies.  This national dialogue is urgently needed.

Following the shooting at the Sikh temple in Wisconsin, and unlikely pair formed to work to end racism. Pardeep Kaleka’s father was one of the six people killed in the shooting. So when Arno Michaelis, a former member of a white power group and author of My Life After Hate, reached out to Kaleka, he was hesitant. Eventually, Kaleka and Michaelis became allies, eventually friends. A year after the temple shooting, they go to schools and community groups together to talk about overcoming racism and working together for a common cause, bridging differences.

To really address the persistent problem of racism in the U.S., we need more efforts like those of Peniel Joseph, Pardeep Kaleka and Arno Michaelis. We also need to have a serious look at the rather profound ways racism is embedded in our institutions and continues to shape daily life, not only for the Nina Davuluri’s but for everyone.