It’s Valentine’s Day.  Here in the U.S., the first mass-produced valentines of embossed paper lace were produced and sold in the mid-19th century (about 1847). Now, the Greeting Card Association estimates that some 190 million cards will be exchanged this Valentine’s Day. 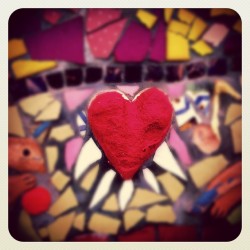 Increasingly, the research indicates that online dating is shaped not only by the desire to find love (for the moment or something more lasting) by race and racism. For example, this research on heterosexual dating and this research on same-sex dating indicates some interesting patterns along racial lines.

The online dating service OKCupid analyzed their internal data by race (in 2010) and found that: “although race shouldn’t matter … it does. A lot.” The way OKCupid works, in case you’ve never dipped your toe in the waters of online dating, is that you set up an ad, or “Profile” describing yourself, your interests, what you’re looking for in a date.  Then, when people read your profile, they can send you a “Message” within the site, indicating their interest in you.

The interesting contradiction is that OKCupid also asks people “Is interracial marriage a bad idea?” and, as with most liberals, the responses are overwhelmingly positive in the direction of “no, not a bad idea” (98% answering in the negative to the question). They also ask “Would you prefer to date someone of your own skin color/racial background?” Again, a huge majority (87%) say no.  OKCupid chalks this up to a collective “schizophrenia” about race.