One of the most-viewed topics on the white supremacist forum Stormfront—second only to a collection of the tenets of National Socialism—is a catalogue of “ethnic crime.” To anyone who has spent enough time reading online comments, the popularity of the subject will not come as a surprise. Any time that a member of a minority group appears in the media as the perpetrator of a crime, a vocal core of commenters emerges to point out the offender’s ethnicity, using the observation as a springboard for introducing a slew of canned statistics regarding minority crime rates. These talking points have become a fixation, an expression of what racists consider to be a profound truth: that non-white individuals commit a disproportionate amount of crime. 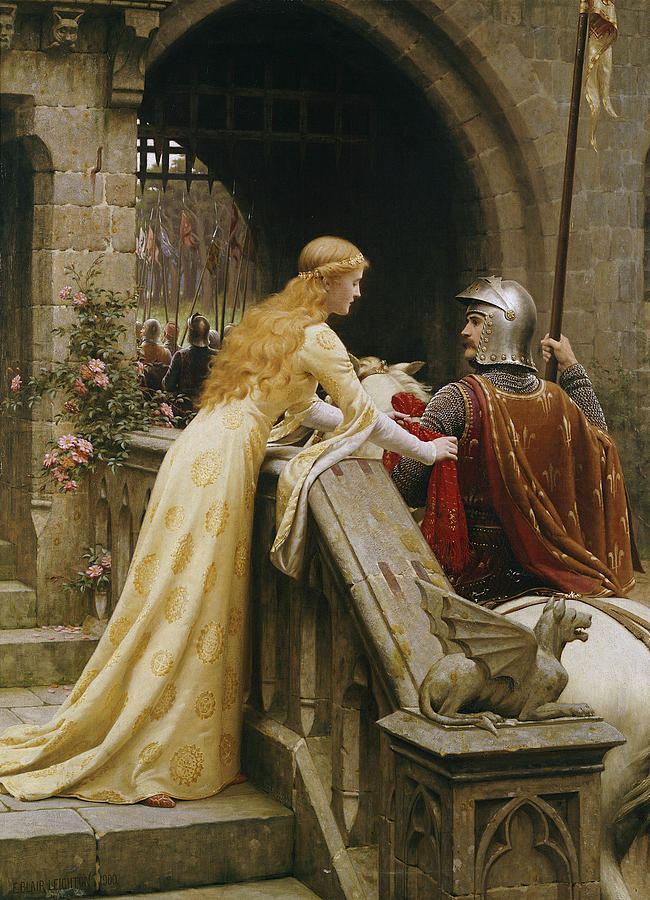 Of course, the demagogues will gleefully rebuff any accusations of racism, insisting that they are, in fact, scientists, courageously presenting facts to illuminate the social world. This is nonsense, but to see why requires shifting attention from what was mentioned to that which was omitted. While there is undeniably a correlation between ethnicity and crime, there are many such correlations that go miraculously overlooked in these discussions. Males, for example, commit an overwhelming proportion of all crime, but you will never see one of these ersatz sociologists taking the time to point out just how overrepresented men are in the criminal justice system. In other words, the move from observing criminality to discussing the perpetrator’s ethnicity is not an inevitable one, but, rather, a careful emphasis of one particular property among many. As such, the mention of race should not be mistaken for authentic sociological curiosity, as it is, in fact, a conscious ontological choice motivated by underlying racist ideology.

The comments display a relationship between evidence and mindset analogous to psychoanalyst Jaques Lacan’s case of the jealous husband. Lacan argues that the husband who, through persistent investigation, uncovers proof that his wife is cheating on him, exhibits pathological behavior despite being vindicated by the facts. His jealousy is a pathology because the suspicion predates the evidence: the husband would be driven to hunt for evidence of infidelity regardless of whether there was any reason for him to think that his wife was having an affair. Given this disconnect from the facts, the important question for Lacan becomes investigating what it is that motivates the husband’s jealousy. What underlying psychological features give rise to an ungrounded suspicion that seeks confirmation?

The commenters who sort crime statistics by race are akin to the jealous husband in that they are not driven to a theory by the evidence, but in search of evidence to support their theory. Crime stories act as Rorschach tests, revealing latent ideology through what is perceived and emphasized. In theft, liberals will see the consequences of poverty while anarchists see its rectification; in violent crime, gender theorists will notice the masculinity while racists will emphasize the ethnicity, an ontological choice reflecting both their pre-held conviction of racial superiority and their desire to spread that belief to others.

One must then ask the same question of the white supremacist that Lacan does of the jealous husband: since the racism of the former is not derived from evidence and, instead, pathologically seeks corroboration, then what is its origin? What draws a person to racial superiority if not the facts? To answer these questions, it is necessary to turn away from the empirical to face the cultural, shifting focus from the news-based Stormfront threads to one in which members post pictures of their favorite pieces of visual art. It is a popular discussion that, while dominated by a few contributors, contains a set of clear patterns with the potential to reveal the inner workings of the racist mind. In the aesthetic preferences of the white supremacists, the attraction of their ethos becomes understandable, the posted images reflecting the psychological rewards that lead people to adopt the ideology in the first place.

The first sort of recurrent image is the depiction of white culture. Included within this category are paintings of attractive Aryan women with blonde, braided hair; Germanic parents telling stories to children or teaching them how to garden; depictions of Roman and Greek architecture; and Rockwellian images of segregation-era civic life. These paintings and photographs capture a sense of cultural value, an aesthetic of existence historically associated with white skin and, in the racist mind, necessarily so. The images have been chosen because they depict what white supremacists are proud of: an intuitively noble way of living that they wish to claim for themselves via their phenotype.

Interspersed among these images are the landscapes. While it is easy to discount these paintings as unimaginative filler, they, too, shed light on the allure of racism. Notably they depict not merely nature, but its intersection with civilization, juxtaposing the untamed dangers of the wild with the safe havens of human habitation. Repeatedly featured are small hamlets nestled among imposing mountains, wagon trains voyaging across the desolate plains, and ships battered by raging seas. In The Art Instinct, philosopher Denis Dutton proposes that an aesthetic preference for safe environments would confer a distinct evolutionary advantage on those early humans who possessed it. While their philistine counterparts wandered off into dangerous territory, the aesthetes would be lured out of harm’s way, their survival allowing them to produce offspring who shared their disposition. In the landscapes favored by white supremacists, we see this evolutionary preference manifested. They are the scenes that Dutton argued humans are predisposed to find attractive, where the evidence of human presence implies safety in the face of inhospitable wilderness.

From such an evolutionary perspective, we can see how the landscapes introduce an element of aesthetic danger into the thread, a sense of peril that can’t help but inject itself into the depictions of “white culture.” The connection between the domestic scene of a white family and the little cottage in the valley is quite literal: it is hard to not imagine the former inhabiting the latter—and from there, a more metaphorical reading follows. It is not merely that white people are aboard the ship being battered by the ocean, but that “white culture” is this ship, a small safe haven in an otherwise dangerous and barbaric world. Taken together, the landscapes and cultural images convey the unmistakable impression that “white culture” is something to be protected, a bastion of civilization in an otherwise-savage environment.

This narrative finds its completion in the images of mythic heroism that permeate the thread. It is a category comprised of paintings featuring subjects risking personal annihilation in order to defend their way of life against foreign invaders: knights wish maidens farewell before riding off into battle, American colonists bravely fire shots at the British, and, most significantly, one army after the next charges into battle to slay the conspicuously dark hordes who threaten them. Here the danger facing those little ships and villages is made tangible, the destructive power of the ocean embodied in these evil armies who would raze every remnant of civilization if given the chance. The brave soldiers depicted are all that stands between the mindless violence of these savages and the safety and virtuosity of “white culture.”

That these images appeal to white supremacists does much to explain their radical politics. Here we see a group of people who have a strong attraction to the motif of the hero, the protector who defends a community from the forces of darkness and evil. For those seeking a sense of purpose and meaning, these white knights offers a particular vision of what it means to be a protagonist, one that easily overlays onto the contours of contemporary political life. One must merely identify a culture that seems besieged and position oneself in opposition to whatever is perceived as threatening. The only question is which group to affiliate with—a lacuna that, for the unimaginative, is most easily filled by the white supremacist narrative. It is the facile choice, one obvious in both its historical prominence and its childishly literal reading of metaphorical struggles between light and darkness. Rather than develop novel or sophisticated views of group conflict, white supremacy allows would-be heroes to follow the path of least mental resistance to the clash of civilizations already formulated in the pages of Mein Kampf or The Lord of the Rings.

This proposition—that hero envy underlies a significant portion of racist thought—is supported not merely by the far Right’s obsession with  “ethnic crime,” but also its general preoccupation with victimhood. That a dominant and heavily privileged group would take so seriously the minor incursions of “reverse racism” seems bizarre until it becomes clear that such “threats” are essential to sustaining the perception that white people are in danger and, thus, in need of heroes to boldly protect them. Absent such encroaching peril, white supremacists are at risk of being revealed for what they truly are: self-important shills who oppress others to advance the interests of an arbitrary phenotype.

To confront racism, then, we must pass over the endless empirical debates and, instead, lay siege to the mythos. We should contest that race is a significant category—why fight for one’s race rather than one’s socioeconomic class?—or even a stable one: who exactly counts as “white?” Watching white supremacists debate these questions gives the distinct impression of adversaries tugging at the threads that threaten to unravel an uneasy truce. More challenging, however, is creating alternative conceptions of heroism that are not built upon zero-sum conflict between different groups. At their best, antifa movements act as just such an outlet, allowing young people to channel their heroic aggression towards universalist causes. Unfortunately, for those vulnerable to the temptation of racism, the far Left probably holds little appeal. If we are to divert these individuals, we must develop something new, an alternative aesthetic that provides a sense of purpose without necessitating the subjugation of others. While this is a daunting challenge, it is perhaps the best chance we have to undermine ideologies of hate. As tempting as it is to try to dissuade racists by presenting them with statistics and evidence, to do so is to merely grapple with the fringes of their racist paranoia. Only through art can we eliminate the pathology at its source.

~ Jesse Elias Spafford, BA, is a recent graduate of Pomona College, and currently works as a Research Assistant at the Institute for Communitarian Policy Studies at George Washington University.