Recently, Richard F. Cebull, chief Federal District Court Judge in the state of Montana, sent acquaintances an extremely crude racist, misogynist email that “joked” about US President Barack Obama’s mother having sex with a dog. After the email was exposed to the public, Cebull offered an apology to the President, acknowledging the joke was “racist” and that his dissemination of the joke lacked “judgment.” Of course, like most racist commentators, the judge claims it was the joke that was racist, not the joker. In a bizarre attempt at an excuse for relaying the email, Cebull justified his actions by noting he was not a “fan” of the President.

As many critics of Cebull have stated, the judge lacks sound judgment (some might say “intelligence”) and needs to resign immediately. His stunted cognitive abilities—intellect or judgment—appear on a number of levels. To begin, one must question the judge’s sense of humor. What does his racist and misogynist “humor” say about his acumen, values, and morality? It would appear that Cebull’s appreciation of de-humanizing and personally offensive sexist and racist humor poses serious questions about his ethical compass. Sending the insulting email via a government server—in the public domain—is another sign of Cebull’s contorted judgement and thus another factor disqualifying him from serving on the bench. And it goes without saying that he likely breeched the Judicial Code of Conduct as well as the boundaries of civil discourse. But enough of Cebull the racist commentator, what about the systemically racist justice system that is peopled with individuals like Cebull?

Tellingly, the commentary about ‘the Cebull Affair’ is focused solely on the performance of Cebull sending a racist email. To my knowledge, no one in the national press has addressed problems with the racist US legal (legal is more appropriate than justice) system that recruits, empowers and perpetuates rulers of the law like Cebull. No one in the mainstream media has commented about how Cebull’s actions are part of much larger problem with the US legal system, which remains inherently racist structurally, as illustrated by the numerous cases of police brutality, shoddy convictions and sentencing, and unequalized laws of a two-tier legal system: a system for whites and a system for people of color.

Not only has Cebull’s racist private backstage emerged in the public arena, the backstage of the racist US legal system has also emerged on the national stage, exposing a vivid empirical example of the dysfunctionality of the system when staffed with people like Cebull. The US legal system historically has granted racist-thinking commentators like Cebull great power and, problematically, continues to support these racist-minded legal power-brokers, even after they demonstrate poor judgment and unfair practices. In Cebull’s case, he revealed some biased and de-humanizing views of people of color and his shortage of judgment in regard to racist joking. And yet, despite his apparent disqualifications, he still holds his position of power in the legal system.

Cebull’s racism must be viewed as a reminder of the well-institutionalized systemic racism that pervades the US legal system. While certainly not everyone in the system exhibits Cebull’s racist “joking” inclinations, numerous individuals in the justice system repeatedly demonstrate racist perspectives and practices. Richard Cebull is merely one actor in a large social network of police officers, prosecutors, correctional officers, parole officers, social workers, politicians, policy makers, bounty hunters, and other judges whose ideas and actions uphold white-framed racism in the US legal system. Disconcertingly, the larger public tends to ignore or excuse the institutional, structural, and systemic racism in the US legal system, overlooking the discriminatory actions and thoughts of many actors who are employed to uphold “justice.” For example, ex-LA police officer, Mark Fuhrman, who referred to black Americans as “niggers,” now appears as a nationally syndicated pundit and legal expert commenting on high-profile criminal cases.

The many individuals working in the justice system who do not express racist views and behaviors are nonetheless—and often unknowingly—facilitators of a highly structured and complex racist legal system. This unjust legal system still looks to the US Constitution and the Bible as primary sources for laws and the foundational principals of the legal system, when the Bible and US Constitution were both documents used to justify and condone, morally and legally, the enslavement of blacks and colonization and mistreatment of other people of color. While the United States’ justice system no longer legitimates “slavery,” nor supports “colonization,” a new-day slavery and colonization operate in different guise.

Today, the ever-expanding, unchecked prison-industrial complex incarcerates disproportionate numbers of black and brown Americans. The heavy policing of communities of color, rampant racial profiling, disproportionate number of arrests, convictions, and periods of incarceration and other forms of legal supervision affecting people of color are all factors that have lead to the modern-day plantation system or prison system. Like the plantation, the prison forcefully confines people and exploits their labor. The prison industrial complex is interwoven with capitalism, with the privatization of prisons created profits for capitalists and debt for the tax paying public whose money goes to building and operating these institutions of oppression. (See Angela Davis’ “Masked Racism: Reflections on the Prison Industrial Complex”; Michelle Alexander’s The New Jim Crow: Mass Incarceration in the Age of Colorblindness; and, Lawrence Bobo and Victor Thompson’s “Racialized Mass Incarceration: Poverty, Prejudice and Punishment”.

Along with the “racialized” mass incarceration of people of color, new racist laws have emerged in northern US state of Michigan that disenfranchise a large portion of the state’s black population. In response to budget crises related to the recent financial meltdown, Michigan cities and towns with large black communities were stripped of their basic democratic rights of political representation and decision-making. Town and city councils representing black communities have lost power of political decision-making and civic management of community affairs to outside “managers,” who were granted vast power to determine all policy decisions, government operations, and allocation of funds for the “at-risk”-labeled communities. Alarmingly, Michigan’s disenfranchisement of blacks is being echoed across the nation with a number of states establishing voter id laws, which disproportionately affect communities of color and the poor.

Down in the southern US, in Arizona, two high profile representatives of the US justice system have become noted national figures, social celebrities and politicized heroes for some, because of their racist ideas and actions. Governor Jan Brewer of Arizona established legislation that legally sanctioned racial profiling of Latino/a Americans. Despite national public uproar and condemnation by the US Justice Department, Brewer’s legislative act has not yet been overturned. To enforce Brewer’s legislation, there are “justice” officials like Arizona sheriff Joe Arpaio, a person who makes no excuses for his excessive racial profiling, arrests, and de-humanizing, humiliating treatment of undocumented Latino/a workers, or “illegal aliens” according to Arpaio (all incarcerated males are de-masculinized, forced to wear pink jump suits). Now, Arpaio is making news and expanding his legal “authority” to the national stage by questioning the authenticity of US President Barack Obama’s birth certificate.

Arpaio, Cebull, Fuhrman, Brewer, and countless other members of the legal world (many exposed, many not) uphold a racist US legal system. With individuals like these, the term “justice” loses meaning and US citizens are left with a legal system that is flawed and presently unable to provide grounds for fair decision making and just legal action. Truth, right and wrong, and the basic rules on how to co-exist in society become hypocritical, arbitrary and baseless and laws that favor or disfavor select groups remain a mockery in such a tainted system. As critical race theorists and sociologists of race have observed, the US legal system was corrupted by racism from the start and remains routinely unjust toward people of color. (see Derrick Bell’s Race, Racism and American Law and Silent Covenants: Brown vs. the Board of Education and the Unfulfilled Hopes for Racial Reform; Joe Feagin’s Racist America: Roots, Current Realities and Future Reparations and Systemic Racism: A Theory of Racial Oppression; and, Ian Lopez’s White By Law: The Legal Construction of Race. Corrupt discriminatory laws and justice officials who abuse their position and power have created a cloud of meaninglessness and despair throughout the US legal system, a dysfunctional legal system that perpetually erodes its own legitimacy and purpose.

Those who attempt to revamp the legal system realize quickly that it is not neutral and objective but rather a structural mechanism of suppression created by those with power, resources, and connections. Conscious observers of the US legal system quickly discover that the system is rigged and that changing it—like attempting to change any powerful and well-embedded bureaucratic structure—appears a daunting task. The Cebull case reminds us that racism persists in the upper chambers of the legal system and, as the proceedings to remove Cebull will prove, that dysfunctionality of the system, and dysfunctional individuals managing the system, are not easily dismantled. 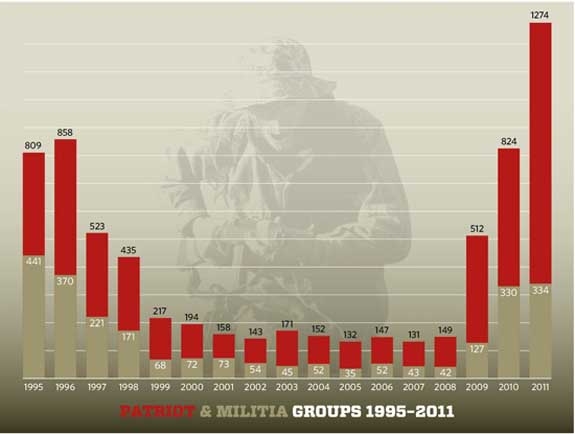