Pop Culture: Movies. While there’s some discussion of the lack of leading roles for women in Hollywood movies, there’s relatively little attention paid to the fact that the preponderance of the women’s roles go to white women.   And, it’s not simply a question of casting, it’s also a matter of what kinds of stories get told.   In the scripts, as well as in the casting, white women are often at the center of movies in particularly racialized ways.   Here are just a few examples: 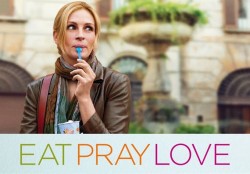 Although Roy names quite clearly the first-world privilege of this movie character, I would extend that analysis to include her race and her gender.  While it’s possible to imagine a woman of color in the leading role, or even a (white) man in the leading role, it’s unlikely that such a film would have been produced had the lead been say, Tyson Beckford (lovely as he is).  More to the point, if we’re engaged by this story of a white woman who struggles because she has “no passion, no spark, no faith” and needs to go away for one year,  this raises the question (as Roy does) about where do people in Indonesia and India go away to when they lose their passion, spark and faith?  It’s precisely because this is a white woman that producers believe that we as an audience will be interested in this story.

Last year’s Blind Side is another example of the white woman as a central, racialized figure in a movie.  As you may recall, the movie is based on the true story of a white woman who adopts an African American boy who comes from a poor family.   I wrote about this movie when it came out last year and noted that it’s a version of the “white savior film” that many sociologists have studied.   The film was a huge hit at the box office (grossing approximately $255 million dollars) and earned Sandra Bullock an Academy Award for Best Actress. It also seems to have prompted something of a life-imitating-art moment for Bullock who, shortly after the film – and her marriage – ended, adopted an African American child. 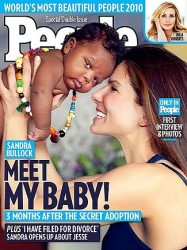 The entire premise of the film Blind Side rests on the race and gender of the lead character; there’s no story here without the central fact that this is a white woman adopting a black child.    Imagine a Tyler Perry production where Janet Jackson is the playing the lead and she takes in a poor, African American child.  It might get produced (by Perry and maybe Oprah) but it’s not going to do $255 million at the box office and Ms. Jackson (lovely as she is) is not getting an Oscar nod.   The whiteness of the lead female character is the sine qua non of the Blind Side. 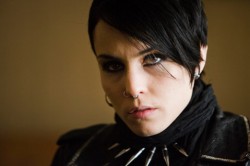 The Lisbeth Salander character – both in print and on film – is being widely heralded as a feminist icon for the current era (although there’s some debate about whether the feminism in Larsson’s trilogy is weighed down by the heavy dose of sexual violence).   The Salander character’s Otherness is marked through her bi-sexuality, yet she remains a “white savior.”  As sociologist Matthew Hughey has noted about the classic white savior from a film of another era, Atticus Finch in To Kill a Mockingbird, Lisbeth Salander embodies a new white savior with a punk, quasi-feminist flair.

Collective Imagination about Crime: Missing White Woman Syndrome.  One of the most telling, and damaging, ways that white women’s central place in the collective imagination shapes how we think about race and racism has to do with crime.    The overwhelmingly majority of crime in the U.S. is intra-racial crime, that is crime committed against people by members of their own race.   And, sadly, a disproportionate amount of crime that occurs is black-on-black crime.  Our jails and prisons house some 2 million incarcerated people, the vast majority of those black and brown people.   Yet, what consistently captures the collective imagination (and the news cycle) are white women who’ve gone missing. 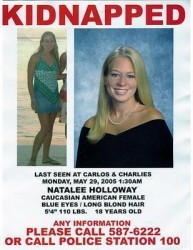 Why it matters. So, what difference does it make that white women are placed at the center in pop culture and our collective imagination about crime?   In my view, this matters for several reasons, including:

White women hold a central place in the western, cultural imagination (for more on this point, see Vron Ware’s classic book, Beyond the Pale: White Women, Racism, and History, Verso Press, 1992).  Yet, their whiteness often goes unremarked upon (for more on this point, see Ruth Frankenberg’s excellent book, from which this series of posts is borrowing a title, White Women, Race Matters, University of Minnesota Press, 1993).