As Jennifer Mueller noted here earlier this month, Glenn Beck is organizing a rally tomorrow in D.C. on the anniversary of the March on Washington. Beck’s goal is to co-opt Dr. King’s legacy. The folks at Brave New Films have made a short (2:16) video mashup that highlights the not-MLK-ness of Glenn Beck:

Brave New Films has also organized an online petition, which you can sign here. 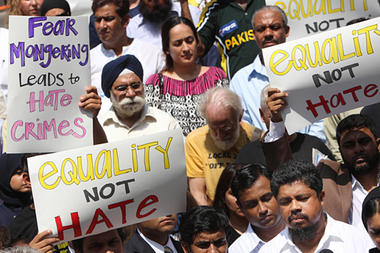