A man has been arrested for making threats on a white supremacist website against the President and First Lady (via @BlackInformant).  This arrest is good news, in my opinion, although I’m sure that some of first-amendment-absolutists will howl that this is an infringement of free speech.   Here’s the story and the screenshot via the Associated Press: 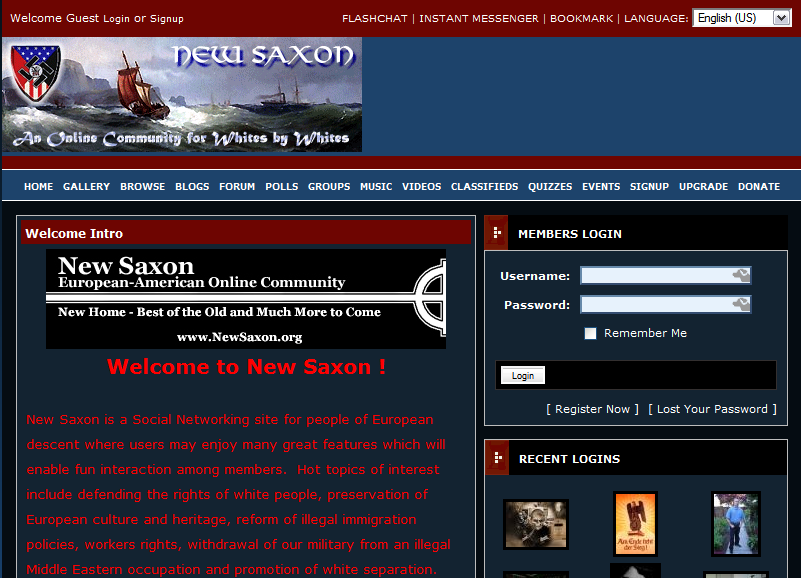 “A Kentucky man has been arrested and charged with posting a poem threatening President Barack Obama and first lady Michelle Obama on a white supremacist Web site.

Spencer is scheduled to appear before U.S. Magistrate Judge Dave Whalin on Friday for a detention hearing. He’s in federal custody charged with making threats against the president and threatening to kill or injure a major candidate for the office of the preside. “

There seems to be some awareness, at least when it comes to the president, that racist language online is not protected speech.   A jury in Roanoke, Virginia recently found white supremacist William A. White guilty on four counts of threatening and intimidation via email and online postings (as well as threats made through older technologies  such as letters and phone calls) to journalists.   When I was finishing my book, I made note of William White for his racist website attacking the young men in Louisiana known as the “Jena 6.”  He had posted a website with their addresses and phone numbers suggesting that (white) people take violent action against them, yet he was not arrested for this.   While I’m glad to see that White is finally getting his just due (he faces up to 35 years in prison for his recent convictions), it seems like a bit of justice delayed.

This is not the typical view in the U.S. of racist speech online.  For the most part, most people believe that anything that’s said online is protected by the First Amendment.    As I noted here back in November, the opinion in the U.S. about racist speech online usually follows along the line of this piece in the AtlanticOnline (a mainstream to left publication).  In the U.S. is that many people here want to argue that the First Amendment, which is designed to protect dissent against the government, protects all manner of racist speech.   This simply isn’t true.

The reality is that there are lots of legal restrictions on speech that apply to speech on the Internet, like threatening the president’s life.  We in the U.S. have to begin to think more critically about our notions of “free speech” in the digital era.